This event is free and open to all.

Concerned our world isn't heading in the right direction? This TIER Talks session will give you a sense of hope. You'll hear from incredibly caring people who have dedicated their lives to increasing access to health care, improving educational and behavioral outcomes for children with autism, and proactively combating genocide and mass atrocities. What's more, the people who are changing our world for the better are Binghamton alumni. They'll share how our University inspired their amazing journeys and how you can effect positive change that touches the world. 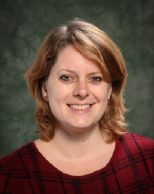 Svetlana Iyer '01, MSEd '03
Co-founder, Iyer Educational Institutions
“From Disability to Possibility: Using the Science of Behavior to Change the World”
Iyer received the University Medal during Binghamton University's May 2019 Commencement weekend. She is a Board Certified Behavior Analyst and a certified special education teacher in New York. She earned her bachelor's degree in psychology and her master's degree in elementary and special education from Binghamton University in 2001 and 2003, respectively. She has worked in the field of education for more than 15 years and believes every child has potential to move beyond his or her current functioning levels with the right instructional methods.

Her experience ranges from inclusive schools as a tenured special education teacher in Greenwich, Conn., to a self-contained day-treatment program for students with severe disabilities in Schenectady, N.Y. In 2013, she founded and still directs Stepping Stones Center (SSC) in Bangalore, India, which provides assessment and interventions based on principles and procedures of Applied Behavior Analysis (ABA) for children with autism and other developmental disabilities. SSC addresses skill acquisition, reduction of maladaptive behaviors and transition into general education settings. Services at SSC include early intervention, intensive interventions, occupational and speech therapies, and inclusive academic programs.

Currently, Iyer is adjunct faculty at College of St. Elizabeth in Morristown, N.J., teaching graduate courses in ABA. She travels to India on a quarterly basis to supervise SSC activities, which includes research and program development in India in collaboration with Binghamton University. Iyer is pursuing her doctorate in ABA from Chicago School of Professional Psychology. She lives with her husband and two daughters in New Jersey.

Nadia Rubaii '85, MA '87, PhD '91
Professor of Public Administration, Binghamton University
Co-Director, Institute for Genocide and Mass Atrocity Prevention
“Could You or I Prevent a Genocide? We Can and We Must”

Rubaii is professor of public administration and co-director of the Institute for Genocide and Mass Atrocity Prevention at Binghamton University. She is also an annual visiting instructor at Strathmore University in Nairobi, Kenya. Her research focuses on identifying and applying effective and contextually relevant teaching strategies and policy tools for serving diverse populations, being interculturally effective, promoting social equity, and preventing atrocities.

After graduating from Binghamton University, she worked for 15 years at New Mexico State University helping local governments be more responsive to and inclusive of ethnic and language diversity in the workplace, and evaluating the capacity and strategies of communities along the U.S.-Mexico border and across the United States to integrate immigrants. Although her research, teaching and professional service activities have been in all parts of the world, most of her recent work is based in Latin America. She has held Fulbright appointments at Pontificia Universidad Javeriana (Bogota, Colombia) in 2014, Instituto de Estudios Superiores de Administración (Caracas, Venezuela) in 2015, and Universidad EAFIT (Medellin, Colombia) in 2019. She maintains a research affiliation with Universidad de los Andes in Bogota, Colombia, and is working on behalf of the Latin American Network for Genocide and Mass Atrocity Prevention to prepare a comprehensive report of the status of policies and practices to protect indigenous rights in the region.

She is founding co-editor of the bilingual journal GOBERNAR: The Journal of Latin American Public Policy and Governance (a collaborative venture between Binghamton University and EAFIT University in Medellin, Colombia) and an associate editor the Journal of Comparative Policy Analysis. She has held leadership positions in the Network of Schools of Public Policy, Affairs and Administration, La Red Interamericana de Educación en Administración Pública, and the International Comparative Policy Analysis Forum. She is a recipient of SUNY’s Chancellor’s Award for Excellence in Faculty Service (2013-14), and Binghamton University’s Award for Excellence in International Education (2016).

Schecter received his MD at the Albany Medical College in 1972 and completed a rotating internship at San Francisco General Hospital (SFGH). His subsequent education included a residency in anesthesiology at the Massachusetts General Hospital, surgery at UCSF and a hand surgery fellowship. In 1980, Schecter joined the UCSF faculty as an assistant clinical professor. He then served as chief of surgery at the LBJ Tropical Medical Center, Pago Pago, American Samoa (1981-83) and as a lecturer in surgery at the University of Natal, Durban, RSA (1983-84). Schecter returned to UCSF in 1984 and served as chief of surgery at SFGH from 1992-2008. In 2004, he spent a sabbatical at the Sha’are Zedek Medical Center in Jerusalem, Israel, studying civilian hospital response to mass casualty events. During the Second Lebanon War in 2006, Schecter served at the Rebekah Ziv Hospital in Safed, Israel caring for civilian and military casualties. Later, he served as acting chief of surgery at the Rebekah Ziv Medical Center in Safed.

Schecter co-founded and served as president of the board of Operation Access, which provides uncompensated surgical services to the uninsured; he helped establish the West Coast branch of MedShare International, a 501(c)(3) nonprofit corporation which acquires, stores and ships medical equipment to hospitals in developing countries. He also co-founded and is president of the Alliance for Global Clinical Training which provides assistance in surgical education to the Muhimbili University of Health and Allied Sciences (MUHAS) Department of Surgery in Dar es Salaam, Tanzania.

He is married to Gisela Schecter, an infectious disease specialist. They are the parents of Samuel Chaim Schecter, a practicing general surgeon and Anna Zigler, a Peabody and Emmy award-winning journalist as well as the proud grandparents of five grandchildren.