Binghamton University has established a new, interdisciplinary Institute for Genocide and Mass Atrocity Prevention (I-GMAP) with the support of an anonymous donor – and facilitated by Owen Pell ’80, LLD ’11.

Pell, a partner with White & Case LLP, also is chair of the board of the Auschwitz Institute for Peace and Reconciliation. Throughout his career he has handled cases relating to human rights and reparation issues for companies and foreign states, including cases relating to the Holocaust. “Over time my work has migrated from active litigation to include issues surrounding legislation, and how we can change the way we address societal and other processes so as to prevent future genocides and mass atrocities,” Pell said. The Auschwitz Institute is the leading provider of training for government officials from around the world in genocide and mass atrocity prevention.

Pell has been involved with the Auschwitz Institute since its inception, and said there are two fundamental truths when discussing genocide and mass atrocities. “The first, is if you ask most people what ‘genocide prevention’ means they will tell you ‘that is when we send the troops in to stop the killing,’” he said. “But, of course, that is not prevention, that is limiting a harm already underway.”  Pell continued, “the second truth is that no genocide or mass atrocity is ever random or spontaneous. It’s always the culmination of a series of processes, and those can go back years and years, even decades.”

“When you recognize that genocide is more than the ultimate outbreak of terrible violence, and that, in reality, there are processes which are very long, and involve interconnected chains of events, then you begin to consider whether there might be ways to disrupt those processes and disrupt the cycles that culminate in genocide and mass atrocities.”

For Pell, the idea that genocide takes a long time to build and is a process, is a good thing. “If you take the long view, there is reason for hope. There are examples of other destructive processes which over time have been broken down and societies have changed for the better – but we must accept that change will be slow and incremental.”

Binghamton’s Institute will generate scholarship, educate individuals, and develop courses and curricula exploring how we can better and understand and disrupt the processes that lead to genocide and mass atrocities.

“This Institute really started with Owen,” said Provost Donald Nieman. “He is very interested in mass atrocity prevention, which is the work of the Auschwitz Institute.

“Owen came to us and said ‘Have I got an idea for you, and a donor who could provide financial support.’ The idea of this institute at Binghamton developed from there,” Nieman said. “When Owen put this on the table, there was a lot of enthusiasm from faculty, me, the president and the Foundation, so Max Pensky chaired a broad-based group that developed the program.”

“Last March, we submitted a proposal to this donor who was looking for a major institution interested not only in doing research, but in developing new courses and offering academic programs focused not on genocide studies writ large, but on genocide and mass atrocity prevention,” Nieman said.

The resulting proposal was imaginative and comprehensive, Pell said. “It put the entire University in front of the donor and that’s hard to do – to give a feeling of the depth, heft and gravitas of what Binghamton can offer,” Pell said. “It was beautifully done. My donor asks a lot of questions, and he was very impressed. No major state university has wrapped itself around this area in this way. This is the first major institution in the country to do something like this – and our donor cares deeply about other institutions seeing what Binghamton is doing and emulating it so as to further develop the field.”

Pensky, professor of philosophy, and Nadia Rubaii, associate professor of public administration, will co-direct the Institute, which will focus on how to use scholarship in the social sciences and humanities to identify where a genocide is likely to take place – and how to work with nongovernmental organizations (NGOs) and governments to address those issues and stop horrible things from happening.

“This is very different from other programs. One can study atrocities and derive some lessons from them, but this Institute will be much more interdisciplinary in looking at how we can actually better predict and prevent the patterns that result in genocide or mass atrocity crimes,” Nieman said.

“The ultimate goal is to be able to develop intervention strategies which over time will prevent terrible things – that happen all too frequently – from happening,” he added.

“Part of the curriculum will be an international experience for students and the Institute will also bring different perspectives to campus in the form of post-doctoral fellows, practitioners-in-residence and conferences that include academics, government officials and representatives of civil society organizations,” said Rubaii. “It won’t be purely theoretical. There’ll be an extramural experience of some kind, perhaps in the U.S., but also in countries where governments and NGOs are proactive in terms of trying to prevent atrocities.”

Pensky noted that his own interests lie in the fields of transitional justice and international law, which explore the various ways that countries deal with the aftermath of genocide and mass atrocities. For him, turning from questions of post-atrocity justice and reconciliation to the prevention of atrocities is compelling.

“I’ve been researching and teaching on the legal and political side of post-conflict issues for the past decade, and am really interested in how countries recovering from a legacy of mass violence must balance different and often conflicting demands: the need to provide domestic security and stability, to bring legal justice to perpetrators, to prevent recurrence and to live up to their international legal obligations,” Pensky said.

“Turning to questions of prevention is the natural next step,” he added. “Atrocity prevention is both a domestic and an international obligation. How that obligation is to be met, by whom, with what means and with what prospect of success, is no longer just a problem for politicians and practitioners. It raises deep questions about how we apportion responsibility for protection of vulnerable populations, how far the international community may justly go to discharge such a responsibility, who is authorized to take such preventive measures, how the costs of protection should be fairly shared and how we assess such measures’ effectiveness. The Institute’s basic idea, for me, is that the academic social sciences and even the humanities must play a constructive part in answering some of these questions, and sharing those answers with the community of practitioners. The Institute can serve as a common ground for that work to take place.”

What brings Rubaii to the table is her expertise in the education of current and future government and nonprofit officials. She notes that “countries cannot effectively engage in prevention unless they have governments and NGOs at all levels – local, national, regional, international – that are committed to prevention and are led and staffed by people who have the skills to not just talk about or desire prevention, but who can actually manage the conversations and lessen the level of intensity when cycles of potential violence escalate.”

“The Institute will work from the assumption that effective prevention requires an investment in evidence-based and practitioner-oriented educational programs that can then contribute to changes in both policies and practices grounded in collaboration across sectors,” she said. “And I also have a deep interest and experience in Latin America, which is a particular area of interest for the donor, but is largely absent from the literature. There is a tremendous opportunity for prevention in Latin America because of the history of and ongoing potential for violence there.”

Rubaii said there is a Latin American Network affiliated with the Auschwitz Institute, as well as a network involving the nations of the Great Lakes Region of Africa. “These are forums to bring together the key individuals in government and our Institute has a great potential to assist them in that process,” she said.

It is expected that, beginning in fall 2017, students will be able to pursue an interdisciplinary undergraduate minor or a graduate certificate in genocide and mass atrocities prevention, said Rubaii. “Ultimately, we plan to offer an entirely new master’s degree, and hope to secure SUNY and State Department of Education approval of a program in time to enroll our first master’s students in 2020.”

In addition to the curricular component, the Institute will bring practitioners-in-residence to campus beginning in spring 2017, will host annual conferences and will put out a call for research proposals in the near future.

“I had told this donor that Binghamton has an uncanny ability to stretch a dollar,” Pell said. “It’s a hallmark of Binghamton that it’s very well run, and the proposal was brilliant at outlining how resources from across the University would be brought into the mix, including by taking advantage of the Transdisciplinary Areas of Excellence established under the University’s Road Map. You have faculty with real credibility and they’re spot on for this project.”

“We have a signed agreement with the donor to support the Institute and the first $300,000 to get it started. Funding will be deployed in next four to five years,” Nieman said.

Pell is eager to identify additional donors who will help the Institute grow and develop for the long haul. “I really do believe we’ll be able to attract other donors. I think this Institute is a hugely important and tangible contribution being made by the University, and is something that you can take to alums and say, ‘If you want to be part of something important, this is that something,’” Pell said. “The Institute also is centered in the humanities and that’s very exciting for me. At its core, this is a social science, philosophy, literature and English, and arts and sciences initiative. It’s one of the most exciting things I’ve ever done with the University.” 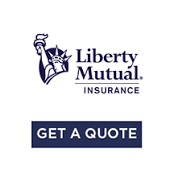