Notable alumni to be honored at Commencement 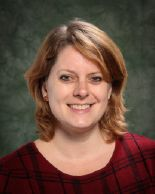 Svetlana Iyer '01, MSEd '03
University Medal Recipient
Svetlana Iyer is a Board Certified Behavior Analyst and a certified special education teacher in New York. She earned her bachelor's degree in psychology and her master's degree in elementary and special education from Binghamton University in 2001 and 2003, respectively. She has worked in the field of education for more than 15 years and believes every child has potential to move beyond his or her current functioning levels with the right instructional methods.

Her experience ranges from inclusive schools as a tenured special education teacher in Greenwich, Conn., to a self-contained day-treatment program for students with severe disabilities in Schenectady, N.Y. In 2013, she founded and still directs Stepping Stones Center (SSC) in Bangalore, India, which provides assessment and interventions based on principles and procedures of Applied Behavior Analysis (ABA) for children with autism and other developmental disabilities. SSC addresses skill acquisition, reduction of maladaptive behaviors and transition into general education settings. Services at SSC include early intervention, intensive interventions, occupational and speech therapies, and inclusive academic programs.

Currently, Iyer is adjunct faculty at College of St. Elizabeth in Morristown, N.J., teaching graduate courses in ABA. She travels to India on a quarterly basis to supervise SSC activities, which includes research and program development in India in collaboration with Binghamton University. She is pursuing her doctorate in ABA from Chicago School of Professional Psychology.

She lives with her husband and two daughters in New Jersey. 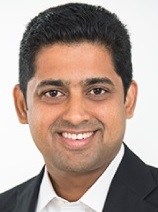 He holds joint undergraduate and master's degrees in mechanical engineering and science from the Birla Institute of Technology and Science, India; a master's in systems science and engineering from Binghamton University; and an MBA from New York University Stern School of Business. Iyer began his career at Schlumberger and has held several leadership positions with General Electric and Enel.

A prolific speaker at global conferences, he is passionate about the role of clean energy in changing the world and the role of education in empowering the people who can change the world. His business and entrepreneurial pursuits over the past decade have been guided by this passion. His energy business provided clean solar and wind power to thousands of people in India, replacing fossil fuels and diesel generators. Along with his wife, he co-founded Iyer Educational Institutions, staffed 95 percent by women, to provide inclusive learning opportunities for children with autism.

Iyer strongly believes in the power of mentoring. He is on the advisory group for INK, a platform that promotes inspiring ideas by game-changers. He served on the executive board for GE's Asia Pacific American Forum to coach leaders. He is a recipient of the prestigious 'Outstanding 50 Asian Americans in Business' award in 2018. He was recently elected to the Binghamton University Alumni Association Board of Directors and will begin his term of service July 1.

He lives in New Jersey with his wife and two daughters. 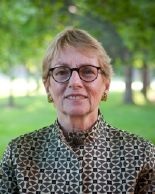 Patricia A. Saunders '65
Doctor of Humane Letters
Dedicated to helping others, Patricia Saunders holds a bachelor's degree in anthropology from Binghamton University and a master's degree in social work from Catholic University of America. She is a member of the board of directors and the foundation board of the American Junior Golf Association, and since 2000 has been a member of the board of Asphalt Green, currently serving as chair of its Community Programs Committee, providing programs including free swimming lessons to thousands of New York City children. She received the Spirit of Generosity Award from Asphalt Green in fall 2018 for her dedicated service.

Saunders has served as a board member of the Legal Aid Society, and was honored by the Association of Fundraising Professionals for her Legal Aid Society work. In 1999, she established the Francis X. Newman Research Endowment in English in honor of her brother, a longtime Binghamton University faculty member. Gifts from Saunders to Binghamton University total over $450,000 to date, and in 2005, the West Gym pool was renamed the Patricia A. Saunders '65 Aquatics Center through a gift from her husband and sons.

Saunders was inaugurated into the SUNY 2001 Alumni Honor Roll for her long-standing support and volunteer service, and was honored with the Binghamton University Distinguished Alumni Award in 2010. She was presented with a Medal of Distinguished Service in 2017, in recognition of her volunteer contributions to the campus.

She resides in New York City with her husband, Paul. They have two grown sons: Paul Jr. and Michael.

He earned his bachelor's degree in accounting from Binghamton University in 1982 and his MBA from the University of Chicago Booth School. After beginning his career at Citicorp, and subsequently founding Chase Capital, a unit of The Chase Manhattan Bank, he formed Saw Mill Capital in 1997.

The son of a Holocaust survivor, Unger was twice appointed to the United States Holocaust Memorial Council by President Barack Obama. He also serves on the Executive Committee, is national co-chair of the Holocaust Memorial Museum's 'Never Again: What You Do Matters' $1 billion capital campaign and is chairman of the Audit Committee.

Unger has three children: Allison, Jason and Brian. He and his wife, Caryn Stoll Unger, live in Chappaqua, N.Y.