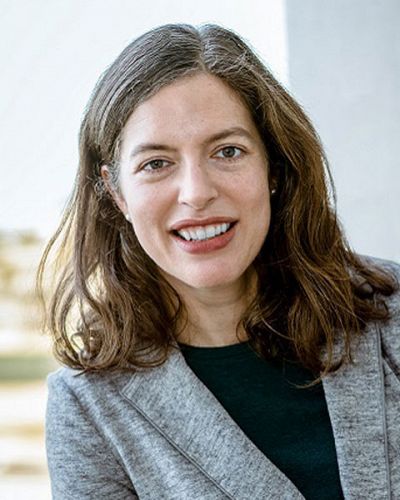 Katherine Reinhart specializes in the history of art and visual culture of the early modern period. Her research examines intersections between art and science, with a particular focus on the creation, use, and circulation of images in the formation of knowledge.

She is currently completing her first book, Images for the King: Art, Science, and Power in Louis XIV’s France, which examines the epistemic and political functions of images in the Académie royale des sciences—one of the first and most eminent scientific societies in the seventeenth century. It interrogates how various images and objects were created, selected, and deployed in the service of knowledge production and as a means of broadcasting monarchical power. In doing so, this book accounts for the pictorial practices of the natural philosophers assembled in Paris by Louis XIV and the artists with whom they collaborated and situates them in the larger context of the Sun King’s absolutist government and image-making program. Based on previously unstudied archival materials, Images for the King integrates the histories of art and science to explore graphic skill, visual and scientific practice, patronage structures, knowledge production, and the politics of images. Ultimately, it reveals how visual materials—from anatomical drawings to allegorical reliefs on coins—were indispensable to the Academy’s projects, providing tangible evidence of just how central scientific ambitions were to the evolving French state.

Reinhart is currently working on three larger research projects: the first explores the materiality and material culture of early modern science and will culminate in an article and guest-edited special issue of the journal Centaurus. The second, a collaboration with Matthijs Jonker, takes an interdisciplinary and comparative approach to the visual culture of early modern scientific societies through an international symposium and edited volume. Finally, the third project investigates practices of image copying and circulation as they created and transmitted scientific and artistic ideas across early modern Europe and its colonial networks.

Professor Reinhart’s research has been supported by the Folger Shakespeare Library, the Camargo Foundation, the Consortium for the History of Science, Technology, and Medicine in Philadelphia, the Paul Mellon Centre for Studies in British Art, and she is an ongoing member of the “Visualizing Science in Media Revolutions” Research Group at the Bibliotheca Hertziana - Max Planck Institute for Art History in Rome.