Sunny Hostin ‘90 and Following Your Dreams 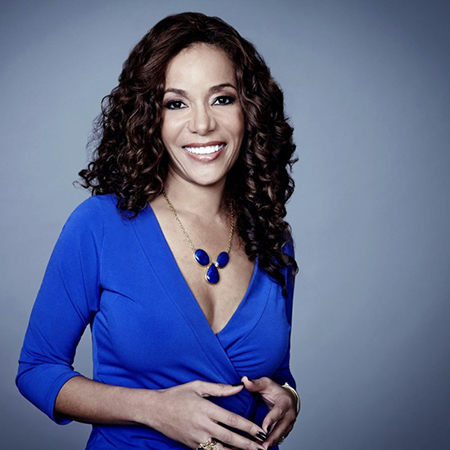 Sunny Hostin ‘90 graduated from Binghamton University with a BA in English and Rhetoric. On Wednesday, she spoke to students about her experiences at Binghamton and her career path to where she is today, encouraging students to find a job that “lights them up” and allows them to pursue their passions.

Sunny started at Binghamton when she was just 16 years old. With a nostalgic smile on her face, Sunny shared that she lived in College in the Woods in Oneida and loved it. Initially a biology major, Sunny soon realized that she wanted to major in English and rhetoric because she loves to write and tell stories, both of which she happily still does today. She earned skills to be both a reporter and an attorney through her core English and rhetoric classes.

After graduating, Sunny attended Notre Dame Law School, something she felt very prepared for - at times even more prepared than students from higher ranked schools. “Binghamton truly is the public ivy,” she tells us.

A Bronx native, Sunny returned to New York City after meeting her husband and having her first child. She joined a law firm and became a prosecutor, and though she calls that one of her favorite jobs, she couldn’t shake the “journalism bug.” After speaking at a conference, Sunny was approached by a producer to appear on CourtTV. Shocked, she went for it anyway and loved it. She then appeared on The Bill O’Reilly Show and later became a reporter for CNN, where she worked for six years until she was asked to be an anchor on the 2 a.m.–6 a.m. show at ABC News. Despite it being challenging, she loved the experience.

Sunny currently co-hosts The View and is a senior legal correspondent for ABC News and, she says, couldn’t be happier.

Because of her rhetoric background, she always writes her own pieces and works alongside the producers instead of leaving the content entirely up to them. She reminds us that it is important to stick to your roots and follow your dreams. Once she is done with television, Sunny plans to be a judge or district attorney.

Sunny’s advice to those graduating and still uncertain of what they want to do is to figure out what you like, find a way to quantify it and make a career out of it. Even if you know something won’t be easy doesn’t mean you shouldn’t go for it. Her last piece of advice: “Nothing worth doing is without a challenge.”