The Jewish Foundation for Education of Women (JFEW)-SUNY International Relations and Global Affairs Program is a two year scholarship program for female Binghamton University students entering their Junior Year in Fall 2020. The Search Committee is seeking candidates who demonstrate a strong interest in global affairs. Candidates from all majors are encouraged to apply!. In addition to scholarship support and a paid summer internship, the program provides strong mentoring support, career development and peer networks that will continue to support students’ goals throughout their careers.

Students from all backgrounds who meet the selection criteria are encouraged to apply.

The integrated program is expected to include:

Attend an info session to learn more about this program:

What Students Are Saying about the Program 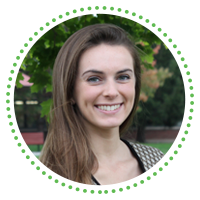 "JFEW is a fantastic opportunity to gain access to professionals, peers and esteemed international delegates I would have otherwise never met. It supplemented my education by expanding my network globally as I developed mentoring relationships with female leaders.”

If you have questions about this program, please contact the Fleishman Center at 607-777-2400 or careers@binghamton.edu.