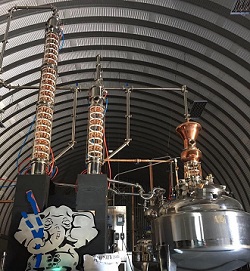 Anita came to the SBDC because she and her husband, Carlton,  had an idea about starting a distillery on land they owned on the Keuka Lake Wine Trail. They had some of their ideas flushed out in terms of the type of facility they desired but needed some assistance with determining the exact project costs, the business plan, the financial package and some initial marketing ideas. After some untimely delays due to things out of their control, Krooked Tusker Distillery is now open and thriving. Several of the spirits they produce  have won  prestigious awards and earned them a fan following. To learn more about Krooked Tusker, visit http://www.krookedtusker.com/ 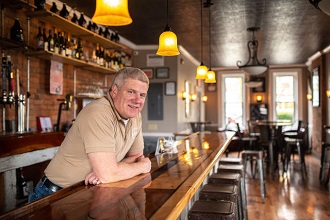 Bill came to the SBDC because he was heading into some unfamiliar territory. He had worked in the retail sector for many years and was successful out and had an opportunity to open an upper scale wine and beer house close to downtown Elmira. What made this project intriguing were a few things. First, it would be located in a newly renovated old Victorian building that had fallen into incredible disrepair. Secondly, it was by virtue of its location, going to be the focal point for the renovation of a neighborhood, and thirdly, it was an area that Bill Mott did not have direct experience with. The Finger Lakes House has been a success since day one and continues to attract a loyal following. SBDC was able to assist in putting the financing package in place, working on the business plan, and provided an organization blueprint to follow as the product developed. To learn more about The Finger Lakes House, please visit https://www.fingerlakeshouse.com/