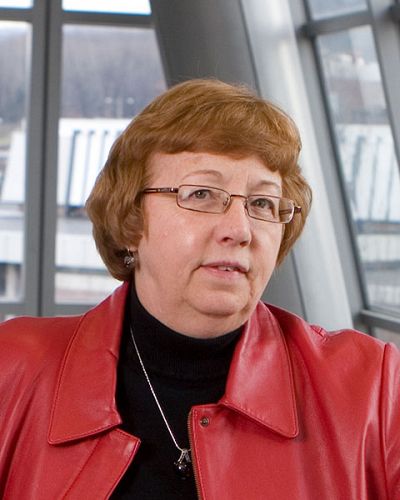 Gale Spencer was named to the rank of SUNY Distinguished Teaching Professor at the Decker School of Nursing in 2007. She is also a recipient of the Chancellor's Award for Excellence in Teaching (1994) and received the Faculty Excellence Award in Graduate Mentoring from the Graduate School (2004). A mentor to students and junior faculty as well as a national leader in community health nursing education, Spencer was appointed to an endowed professorship, the Decker Chair in Community Health Nursing, in 2006.

Spencer has had many years of experience in both practice and teaching in community health nursing. Her research interests include community health assessment, geography and health, as well as intimate partner violence (in both dating and marital relationships).

She has held a variety of positions in the Decker School including counselor for registered nurses, faculty member, director of Kresge Center for Nursing Research (1994-2006) and as the Dr. G. Clifford and Florence B. Decker Chair in Community Health Nursing.

Spencer started the master's program in community health nursing in 1985 as the co-project director. She became project director in 1987 and has held that position continually since then. This program was funded by the Health Resources and Services Administration (HRSA) from 1985-2015. The Community Health Program educates community health nursing master's students for administrator, educator and nurse practitioner positions in New York and for practice throughout the U.S.