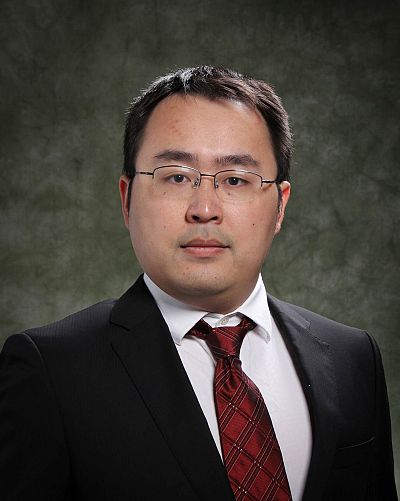 Miao Hu received his BS in electrical engineering (automation) from Shanghai Jiao Tong University, China in 2008. Under the supervision of Professor Helen(Hai) Li, he received his MS degree in electrical engineering from NYU Tandon School of Engineering in 2011 and his PhD degree from University of Pittsburgh in 2014. During his PhD study, his research included emerging device modeling, RRAM and neuromorphic computing. After graduating in 2014, Hu joined the memristor group of Hewlett Packard Labs as a research postdoc, and technically leading the neuromorphic research based on memristor crossbar arrays. The Dot Product Engine (DPE) project, founded by IRAPA, is the major output of his three-year research effort, which firstly demonstrated reconfigurable analog vector matrix multiplications in one step via large-scale memristor crossbar arrays.

In 2017 fall, Miao Hu joint Binghamton University and works as an assistant professor in the Department of Electrical and Computer Engineering. He continues his research on exploring ultra-low power computing via Non-von Neumann hybrid VLSI systems, and extends to intertwined fields including machine learning software/hardware co-design, low-cost AI for IoT and artificial nervous systems. In the past few years, he has published more than 30 papers in top conferences and journals, and also received 2 patents with 19 patents pending. As a solution provider, he is actively collaborating with people in academia (UMass, Duke, UCSD, Tsinghua) and industry (HPE, Huawei) on accelerators for specific applications, such as machine learning and image processing.