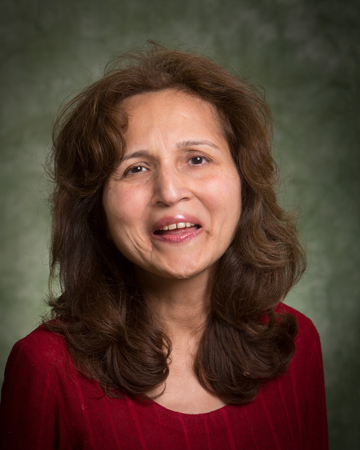 Lubna Chaudhry has published numerous articles and book chapters on structural and conflict-based violence faced by disenfranchised communities in Pakistan. After receiving her PhD from the University of California at Davis in the interdisciplinary field of sociocultural studies in education, Chaudhry taught at the University of Georgia, Athens, for three years. After that she lived in Pakistan where she first worked for the ASR Institute of Women's Studies, but then spent three and a half years as a research fellow at the Sustainable Development Policy Institute in Islamabad, Pakistan. For one of her projects there she worked as senior researcher for a World Bank-funded Pakistan poverty assessment. During her time at the institute she was also involved in a Ford Foundation-funded study examining women, conflict and security.

Since 2003, when she joined Binghamton University's Department of Human Development, Chaudhry has maintained a transnational presence in Pakistan and the United States and is currently conducting fieldwork to understand the impact of armed conflict on children and youth in Swat Valley, Pakistan. Chaudhry holds a joint title with the Women, Gender and Sexuality Studies program, and is an affiliated faculty member of the University's programs in Asian and Asian Diaspora Studies and Latin American and Caribbean Studies.