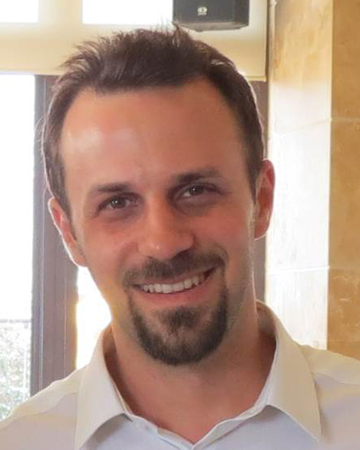 Pegor Aynajian joined Binghamton University's Department of Physics as an Assistant Professor in the fall of 2013. He received his PhD in physics in 2009 from the Max Planck Institute for Solid State Research in conjunction with the University of Stuttgart, Germany. His PhD research was focused on the study of electron-phonon interaction in conventional and unconventional superconductors using neutron resonance spin-echo and triple-axis spectroscopy. In 2009, he became a MRSEC postdoctoral fellow in the Physics Department of Princeton University to pursue research on unconventional superconductivity and strongly correlated electron systems using scanning tunneling microscopy and spectroscopy.

Pegor Aynajian's research interests focus on the physics of strongly correlated electrons systems, where electronic properties hinge on the collective interplay between charge, spin, and orbital degrees of freedom. In many of these material systems, electronic correlations are tuned by chemical doping. In proximity to local dopants, various electronic phases and ordering phenomena compete at the nanoscale, resulting in a rich phase diagram with emerging quantum states of matter. Consequently, spatial electronic inhomogeneity becomes an intrinsic property of correlated electron systems, whose detailed understanding demands the use of local spectroscopic probes.

Aynajian's experimental approach is to bring together the power of local and bulk probes to visualize electrons and their correlations. At Binghamton University, they are building a variable-temperature, ultra-high-vacuum, scanning tunneling microscope (STM), which is a prevailing technique to locally access the electronic density of states of a material, its band structure, and collective charge (and spin) orders at the nanoscale. Complementary to the STM, they use neutron and x-ray spectroscopy, at dedicated research facilities around the world, to gain insight of the bulk electronic properties and their excitations.