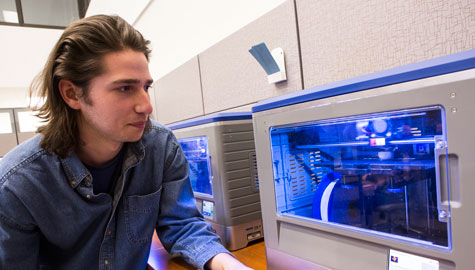 What is 3D printing?
3D printing is the process of producing a physical object directly from a digital 3D file. ETS printers are all of the FDM (Fused Deposition Modeling) class of printers which create objects by additively laying down successive layers of material until the entire object is built. The two primary materials for printing in the Studio are PLA (a corn-derived biodegradable plastic) and ABS (AKA 'LEGO' plastic). However, at the ETS, we can accommodate a multitude of exotic material as well, (HIPS, Carbon Fiber Nylon, PC, and more!)

How does 3D printing work?
It all starts with a virtual 3D descriptor of the real-world object you want to create. This can be created from scratch using 3D modeling software or scanned using a 3D scanner (both available for use in at ETS). Increasingly common are online communities like Thingiverse.com where virtual models of 3D objects can be shared and downloaded in an open community.

Once finalized, the object needs to be 'sliced' in a process where it is converted into GCode; a language which instructs the printer how to construct the object layer-by-layer, and contains all of the information regarding the object's infill (what it looks like inside), ultimate size, and other such properties.

In the studio, we have the following FDM printers available for use by students and faculty:

A little confused about which 3D printer to go with? Stop by the studio and the staff will guide you to achieve your desired result.

3Doodler
The 3Doodler is a portable extrusion-based 3D printer that you control with your hand. Unlike the 3D printers above, the 3Doodler does not use stepper motors and computers to print the model. Rather, it extrudes the same plastic filament, but your arm controls where and how the filament is extruded. This device is great for some freeform design as well as a quick way to repair damaged prints. 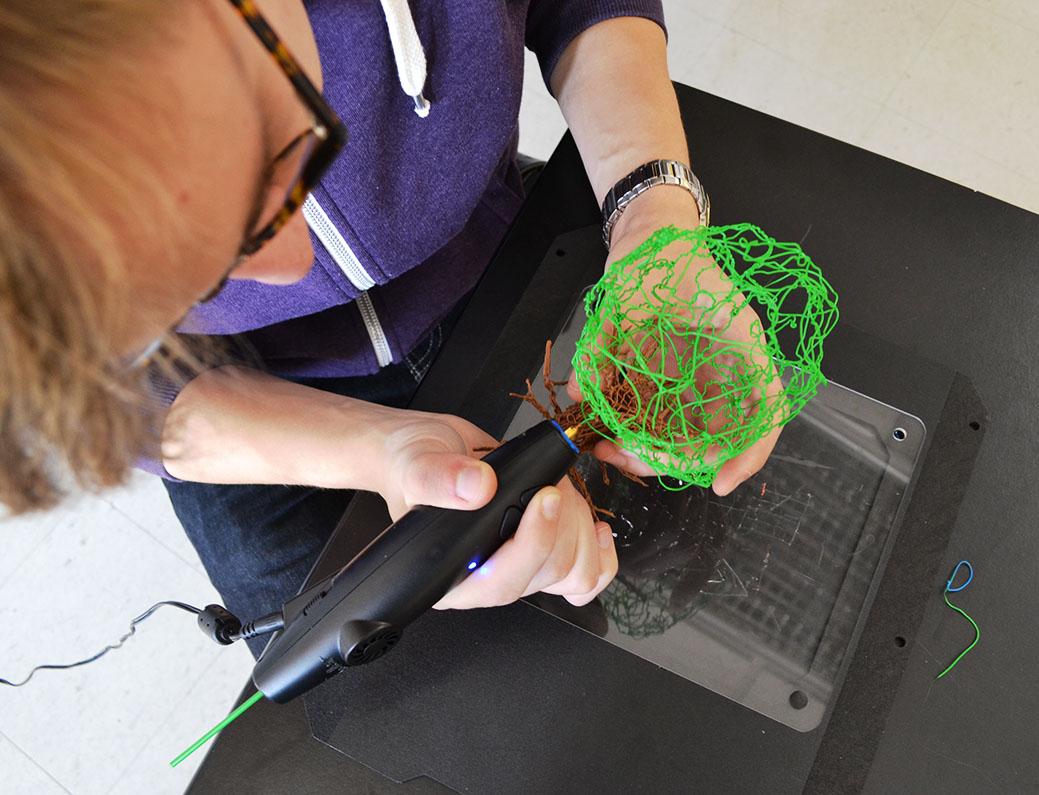