"The Weeping Time" follows slave auction through its modern-day aftermath 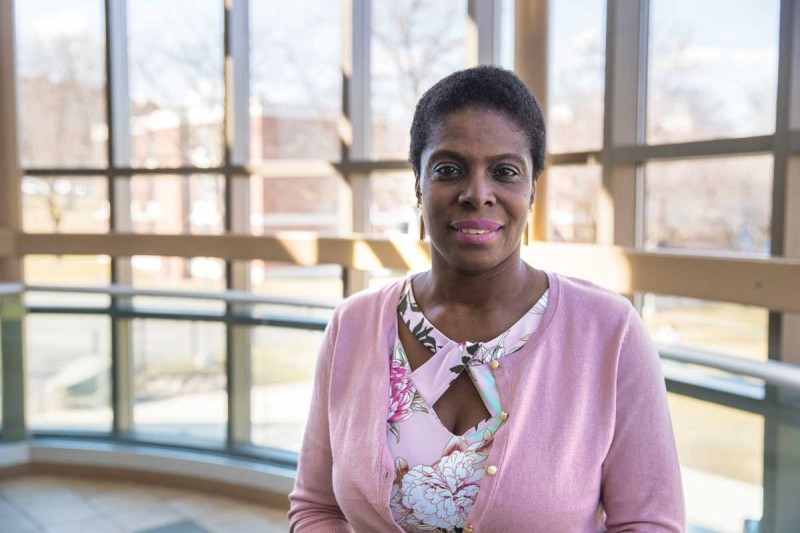 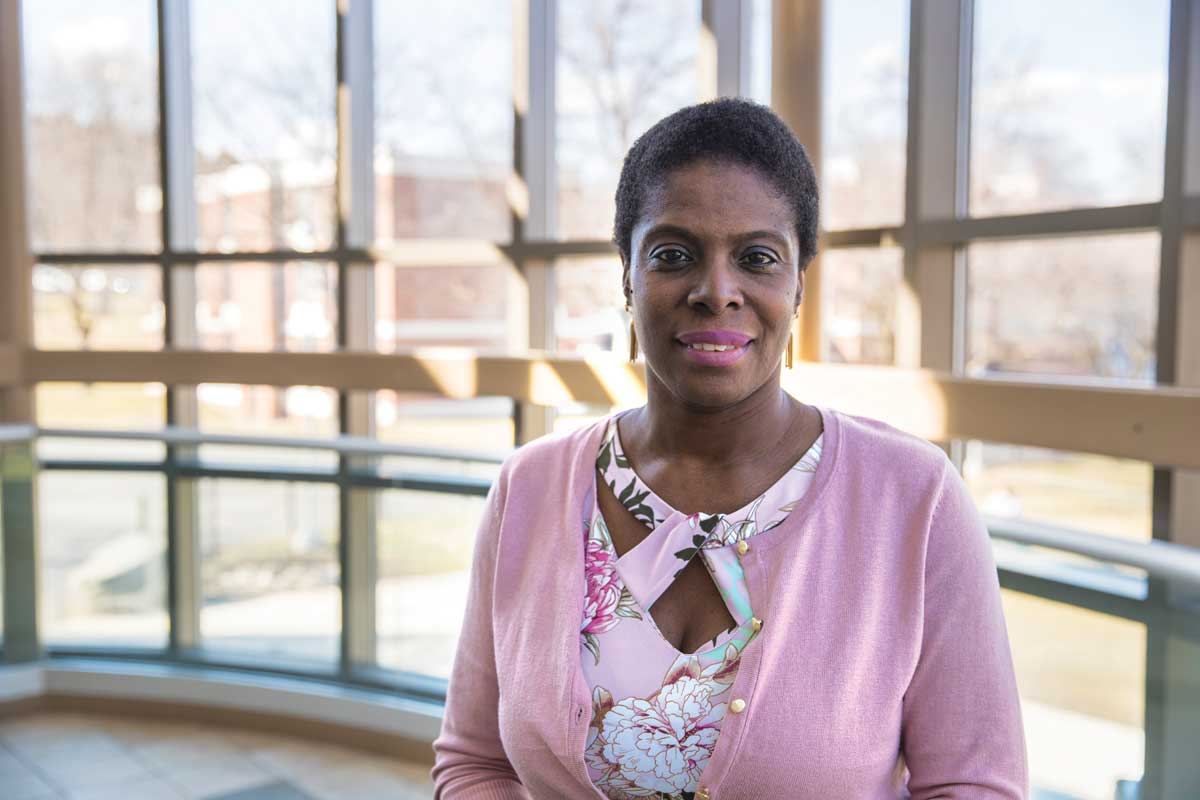 Men from all over the southeastern United States filled hotels and descended upon the Ten Broeck Racetrack three miles outside of town for an auction. Waiting at the track weren’t horses, but hundreds of slaves belonging to debt-ridden Pierce Butler and the nearby Butler Island Plantation estates.

By the end of the rainy two days, wives were separated from husbands. Children were split from parents. A community was pulled apart in dozens of directions. Profit took priority over people, as 436 enslaved men, women and children were sold for more than $300,000.

It was the largest-recorded slave auction in U.S. history.

Nearly 160 years later, Binghamton University historian Anne Bailey has brought the auction to life in her new book, The Weeping Time (Cambridge University Press, 2017). The book not only details the days at Ten Broeck, but also examines the lives of the Butler slaves and their descendants.

“I’ve been doing slavery studies and African- American history for a long time, but I hadn’t thought much about the fact that there weren’t too many full-scale books on slave auctions,” says Bailey, an associate professor in the departments of Africana studies and history. “But yet, the auctions were a fairly common part of the economy and a typical event before the Civil War.”

The roots of the project

Bailey became intrigued by the topic after noticing that Thomas Jefferson’s will called for some of his slaves to be freed, while others were sent for auction.

She determined that the Butler auction made a good case study because an undercover reporter from the New York Tribune, Mortimer Thomson, laid the research foundation by reporting on the sales while posing as a buyer.

Another factor, she says, was that the Butler slaves were based in the Gullah/Geechee region of the southeast U.S. coast. It is an area that has retained aspects of African culture, Bailey says.

“I didn’t have to look very far or long after I [examined] this auction,” she says. “Not a lot had been written about it. The fact that it was the largest auction was also interesting.” Bailey began work on the book in 2006, starting her research in Savannah before heading to the town closest to Butler Island — Darien, Ga. She also combed records at the Historical Society of Pennsylvania in Philadelphia, where Pierce Butler had a grand house in the city.

“I had a sense that I was on to something,” she recalls. “We are trying to tell a story that has not been told. We are trained to look for stories that have not been told. What can I say to give this subject more prominence?”

The Weeping Time opens with the story of Jeffrey and Dorcas, a young couple in love and hoping to be sold to the same buyer. Despite Jeffrey’s pleas, it was not to be.

“Jeffrey was going to North Carolina and Dorcas to South Carolina,” Bailey writes. “When last seen, Jeffrey was sitting alone on the ground, crying into his hands, as Dorcas was led away by her new master. She sat in the back of his carriage — emptied of words, emptied of tears.”

The book’s title is in reference to the end of the auction: “It was still raining violently, as if the sky was both weeping and protesting the day’s proceedings.”

For Bailey, it was essential to try to capture the emotion of the event — and the human element — without being sensational.

“A moment like this is for the people — the victims,” she says. “You are telling a story as objectively as you can. But part of that objectivity is acknowledging that this was an emotional moment: ‘How can I be separated from someone I love?’ In my view, if you can’t capture that [emotion], you are almost making the [slaves] a commodity again.”

Bailey’s portrayal of Frances “Fanny” Kemble, the British-born actress who married Butler in 1834, shows how slavery could complicate relationships even among slave owners.

Unlike her husband, Kemble had “a spirit committed to freedom,” Bailey says. “This was despite the fact that her lifestyle was dependent on the slave population. It was a terrible contradiction that she lived in.”

Kemble worked to give the slaves more time with newborn babies, sometimes taking care of the infants herself. She also set up an infirmary and purchased prayer books and Bibles for those on the plantation. Bailey says that even Butler began to appreciate the lives of his longtime workers before the auction.

“I find in every story that there is humanity,” she says. “You just have to look for it. A hundred years from now, you would hope that someone writing your story would see your full humanity and not in a one-dimensional way.”

Slavery proved to be the breaking point for the Butler-Kemble marriage, as the couple divorced in 1849. Just as enslaved siblings were split a decade later, the Butler daughters were divided: Frances took her father’s side in the abolition debate, while Sarah supported her mother.

“The Butler family was torn apart by the institution of slavery, just as they actively worked to dissolve the ties that bound them to their Southern plantations,” Bailey writes.

“The democratization of memory”

Bailey discovered 59 Butler plantation descendants in the historical records and interviewed four for the book. She describes how the living descendants of the Butler slaves traced their family histories and how those discoveries shape their lives today. For Bailey, their efforts represent resilience and “the restoration of historical memory.”

“I often say that I write ‘history from below,’” Bailey says. “It’s the story of ordinary people in extraordinary times. But sometimes I think I’m writing about extraordinary people! These are people who think outside the box of their African-American experience. These are people who are not statistics and they are determined not to be statistics.”

Annette Holmes, who works for the University at California, was able to trace her family back to four members of the Savannah auction: John, Betsey, Kate and Violet Butler. She learned that the family eventually settled in Natchitoches Parish, La., after the Civil War.

“Instead of numbers, I wanted to give the possibility of this kind of tracing,” Bailey says “This is what can be done.”

For Bailey, “the democratization of memory” is critical for history.

“You want a diversity of voices, a multiplicity of voices,” she says. “It is not enough for me just to know what the slaveholders thought, what the politicians thought or what the Congress thought. I have to know — and find — those voices that are easily forgotten.”

Bailey believes that “linked fates” is a theme that extends from the book to the present day.

“What happens to one part of the American public happens to the other,” she says. “We can’t afford to see ourselves as ‘us vs. them,’ which is the way it was seen in slavery.

These continue to be contemporary concerns, says Bailey, who urges readers to examine the issues of yesterday and today and ask: Have we come far enough?