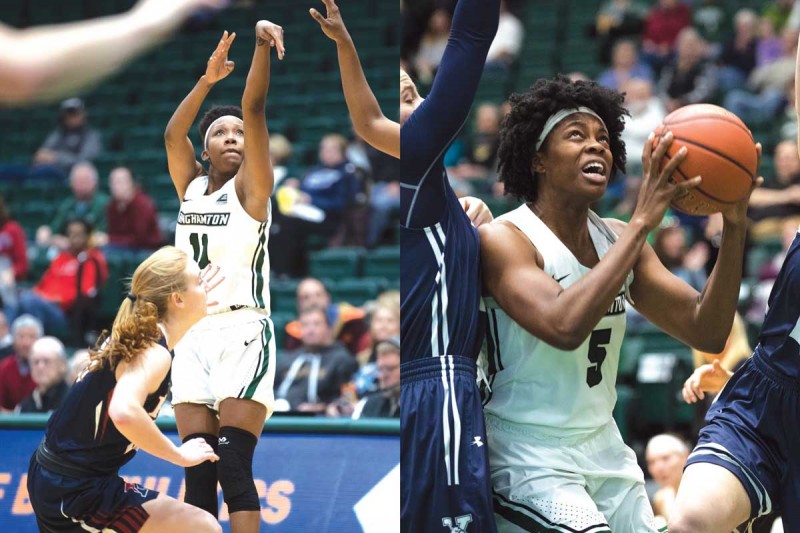 Seniors Imani Watkins and Alyssa James have made their marks on the Binghamton women’s basketball program after joining the team four years ago, along with first-year head coach Linda Cimino. The team won four games that season.

This season, the Bearcats advanced to the 2018 Women’s Basketball Invitational — its first national Division I post-season appearance — and cracked the 20-win mark for the first time in 17 years. 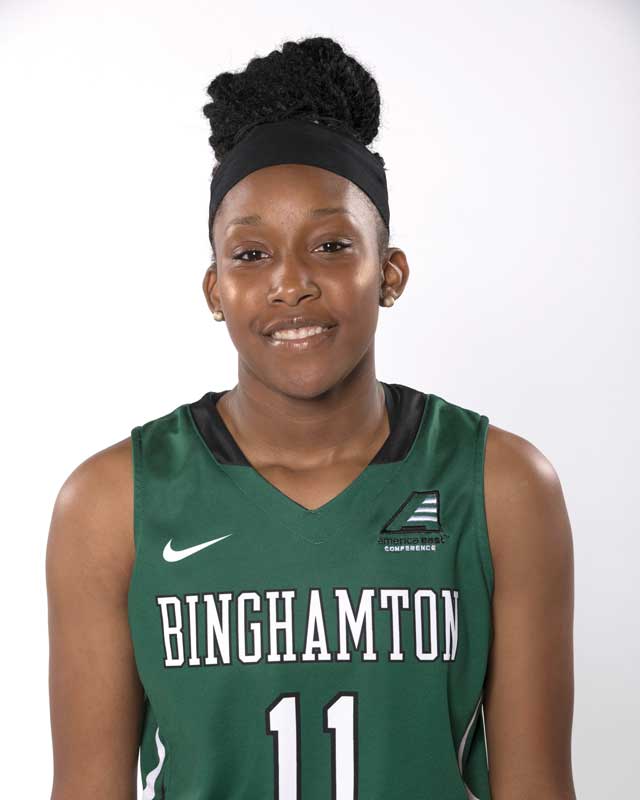 ON BREAKING THE ALL-TIME SCORING RECORD: It was a huge honor. We had the record total written on the wall of our locker room and I saw it every time I walked out onto the court. I wanted my name to be there. I knew it would take a lot of hard work and determination.

WHAT HAVE YOU LEARNED ABOUT YOURSELF SINCE COMING TO BINGHAMTON: I had to endure a lot of adversity growing up, but I didn’t realize how mentally strong I was until I got here. I’ve learned that there is nothing that can’t be accomplished if you work hard and really believe in what you want.

IS THERE AN MVP IN YOUR LIFE: My mom and dad. My mom is so tough, and she has had to endure a lot in her life, but she has always stayed positive. Her ability to keep going even when things don’t seem like they are going her way stuck with me. My dad has always believed in me and always pushed me. He coaches high school basketball, so he is not always able to be here for my games. For him to be here and see me break the scoring record was huge for me and a very emotional moment for both of us.

HOW HAS THE TEAM CHANGED THESE PAST FOUR YEARS: We care about basketball a little more. It means more. I think it’s the fact that we have people here now who really want to win and really want to be a part of something special. We trust that regardless of whose hands the ball is in, something good is going to happen.

WHAT HAVE YOU LEARNED FROM BEING A PART OF THE WOMEN’S BASKETBALL PROGRAM: Tenacity and determination. We’ve gone from four wins my first year to possibly 20 wins now. We’ve learned to stick with it and be aggressive and never give up. We have never backed down, and always fought. Those are lessons I will take with me. 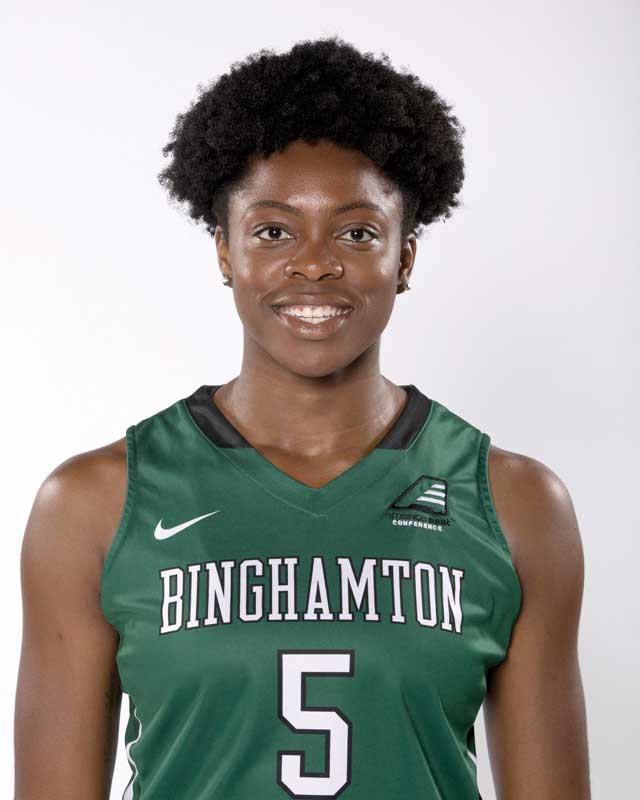 ON TRANSFERRING TO BINGHAMTON FROM CALDWELL AFTER HER FRESHMAN YEAR: I played for Coach Linda Cimino at Caldwell, and when she got the job here [in 2014], I knew that if I came here, she was going to take care of me academically and on the court. I had heard of Binghamton, being from New York, but I did not realize at the time how prestigious it was to come here. I wasn’t nervous coming here because I knew Coach Cimino had my back.

HOW HAS THE TEAM CHANGED THESE PAST FOUR YEARS: The work ethic and wholeness of the team has probably changed the most. We’ve been able to get on the same page with each other and click socially and on the court. It’s really helped us to come together as a team and play well together, and when we have new freshmen come on to the team, they know that this is a place where they can feel safe and welcome.

ON HER RELATIONSHIP WITH HEAD COACH LINDA CIMINO: Playing for Coach Cimino will take you far both on the court and in whatever path you take after you graduate. She is very loyal, and whether you were a starter or the last player off the bench, she will help you in both basketball and beyond. You can always count on that.

BIGGEST CHALLENGE IN GETTING TO WHERE YOU ARE TODAY: Probably believing that I could make it this far and make an impact on this team. I was very raw when I came here, and sitting out a year [in accordance with the NCAA rules for transfer players] helped me to work on my game a lot. Playing these past three years has shown me how good I can be.