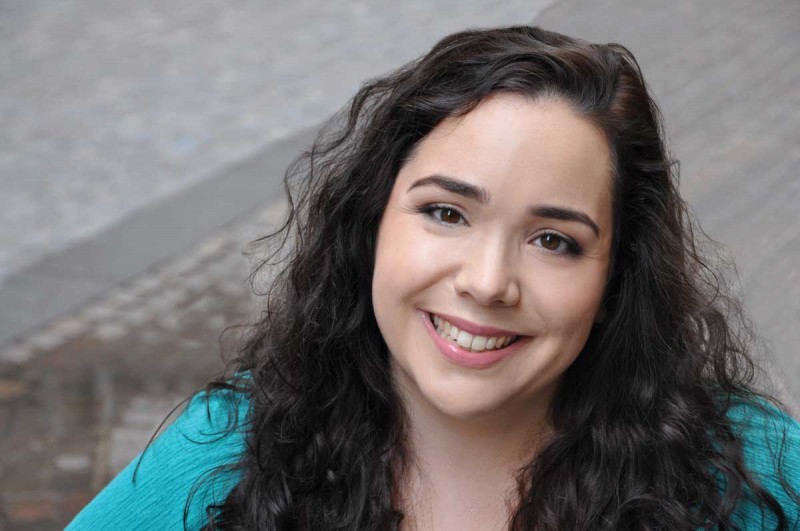 For Maria Pendolino ’04, having both knees replaced at age 32 wasn’t the end of her theatric career. Rather, it inspired a dramatic reinvention of herself. The former TV and stage actress lent her voice talent to commercials, and she was honored with the 2017 Voice Arts Award in the e-learning category.

“I was shocked to be nominated,” Pendolino said. “I didn’t think I had a chance of winning, as many of my peers have been in the industry far longer than I have.”

Life after Binghamton actually started with banking; she worked full time for HSBC in New York and launched a theater company on the side. She moved up the corporate ladder and moved around the country before deciding her professional hobby should be her profession. In 2010, she returned to the Big Apple to pursue acting full time.

“If this grand experiment didn’t work, or I wasn’t happy, there were 100 banks I could apply to. That gave me a little security knowing the industry I was leaving wasn’t closing up shop.”

“Our shoot was in Colombia for three weeks, and it was a very dramatic turn from training in Binghamton,” she says. “On the first day, we were standing in the parking lot of an actual prison. I see barbed wire and guys with rifles and I think, ‘Wow, I’m not in Lecture Hall 1 anymore.’”

Before long, standing on set would hurt. So did lining up for auditions, or walking two flights of steps to her apartment. Psoriatic arthritis ate away at her otherwise young knees. They needed to be replaced, as did her line of work.

Then came the “aha” moment. Being voice talent didn’t require standing. After returning to her hometown of Buffalo for surgery in 2014, she moved her closet studio there from Queens, started recording auditions, and then the jobs came. Credits include voicing spots for Google, Visa and Amazon.

“It was a bad dice roll to have this aggressive form of arthritis, but it opened my eyes and forced me to look at the other side of my acting career, which has been so fruitful and enjoyable.”