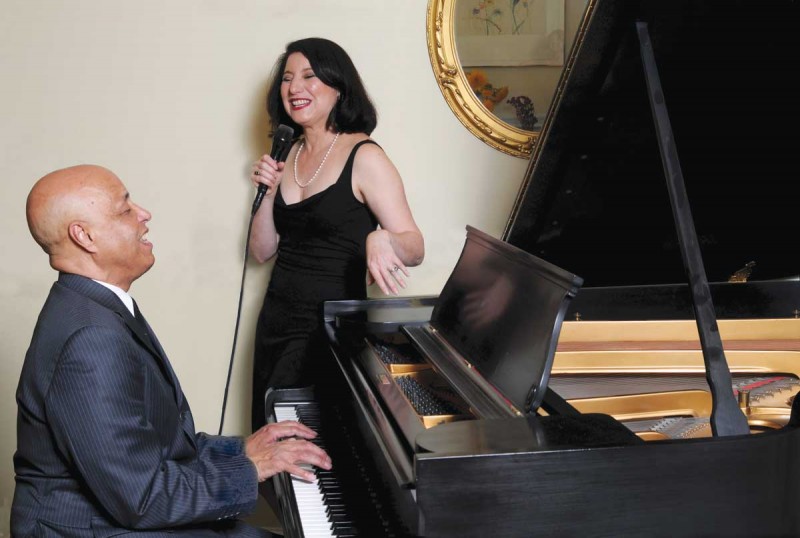 Bliss Rodriguez, MM ’72, has made a name for himself in the San Francisco Bay Area as a jazz pianist with a harmonically gifted sound. His piano prowess has provided the backing for a number of rising and established vocalists. Last spring, he was the piano accompanist for the well-known mezzo-soprano Frederica von Stade at the centennial celebration for Manhattan’s Mannes School of Music, where he earned his undergraduate degree.

“I feel fortunate to have been able to work as a professional musician,” Rodriguez says. “I’ve worked alongside a lot of great musicians and made a living doing something I love.”

Rodriguez was born with partial eyesight and started playing piano at age 9. He was completely blind at age 17, but that didn’t stop him.

“I spent a lot of time at the New York Association for the Blind and was friends with José Feliciano,” Rodriguez says. “We had a garage band for five or six years. We weren’t going to scare the Beatles, but we just played stuff we’d hear on the radio. It was a hoot, then we broke up and José was discovered.”

Graduate school in Binghamton was the first sense of independence for the Manhattan native. Rodriguez loved his classes and playing around town with musicians he met through then Harpur Jazz Ensemble Director Al Hamme.

“We’d play all over campus, and enough people heard us that we were allowed to open for other musicians,” Rodriguez says. “Binghamton was far enough away from home for me to be independent, and it was a springboard for me to make other moves in life.”

After moves to Houston, Los Angeles, then back to New York, Rodriguez settled in San Francisco where he has lived since 1986. He has played with noted vocalists Sherri Roberts and Laurie Antonioli, trumpeter Graham Bruce and the late Ron Crotty — bassist and original member of Dave Brubeck’s quartet and trio. Among other influences, Keith Jarrett resonates as he and Rodriguez share “spontaneity at every turn.”

“I love my energy and creativity,” Rodriguez says. “My style is very personable, and it’s very New York. Given where I came from, how could it not be?”