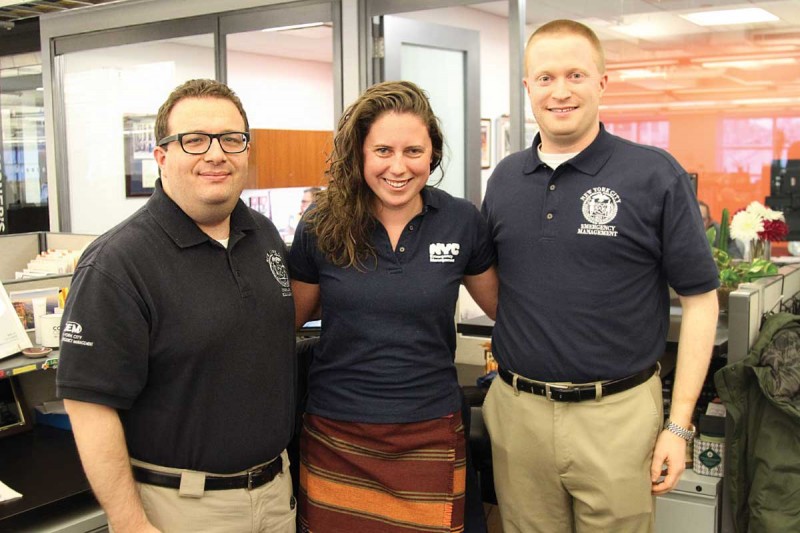 Trained to respond to disasters in a city of more than 8 million people, they put their skills to use about 2,000 miles from home when the city deployed staff to Puerto Rico after Hurricane Maria struck.

Krakauer helped manage an operations center in San Juan that routed emergency supplies, food and water. He drew on his experience working for New York City during Superstorm Sandy, but said this recent assignment was tougher.

“Being part of the response to Sandy opened my eyes to the large number of resources needed and how to get them,” says Krakauer, assistant commissioner for New York City Emergency Management. “But San Juan wasn’t as resource-rich as New York. There weren’t emergency stockpiles, and supplies had to be shipped in from off the island.”

“What I’ve been thinking about since returning is what happens when an emergency hits New York and every single person is affected. How would our plans need to change? The city’s plans are geared toward worst-case scenarios, and we can scale back as needed, but these are still important questions,” says Howard, the agency’s deputy director of public/ private initiatives, who led a team of her colleagues in supporting an operations center in Puerto Rico.

Cohen was on the operations center support team and focused on coordinating aid for healthcare facilities in Puerto Rico. He traveled to check the wellness of senior citizens in an outlying area.

“A bridge gets washed out or utility poles come down, and people are isolated for days,” says Cohen, emergency preparedness specialist. “We coordinated airlift operations with helicopters to get basic supplies to these areas. If a team doing a food drop heard someone needed dialysis or was very sick, we’d coordinate medical evacuations. So the aid worked in two directions.”

“During my first deployment, it was unsettling to see a metropolitan area without power, tourists, open restaurants and potable water,” Krakauer says. “Everything that we take for granted was not available in San Juan. It was very encouraging to go back a few weeks later and see the shops and hotels open, and a sense of normalcy returning.”