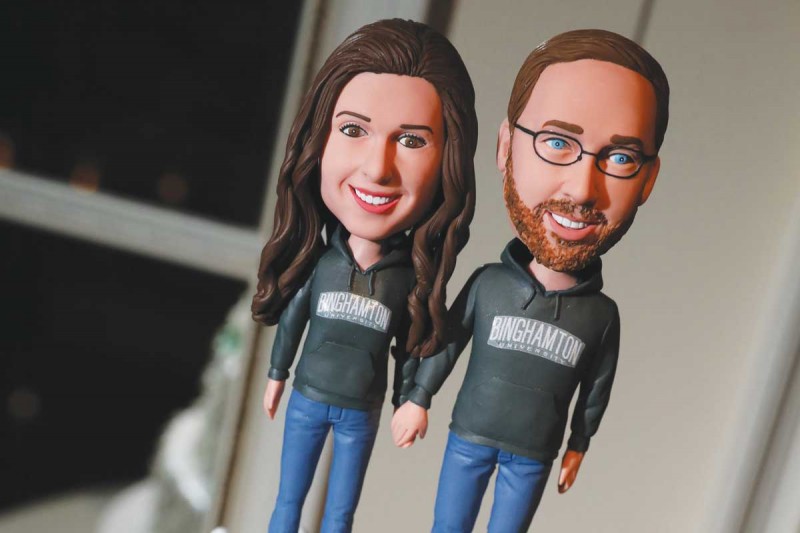 Brian Miller ’05 and Meryl Mandelbaum ’10 were married on Oct. 15, 2017, in New Rochelle, N.Y. Brian and Meryl’s affection for Binghamton University was obvious not just from the 19 Binghamton alumni attending the wedding but from all the special touches of Binghamton sprinkled through the celebration.

Brian and Meryl met the old-fashioned way (for millennials, that is) — on the internet. “Meryl wrote in her profile that she went to Binghamton, so I brought up Binghamton in the first message I sent to her,” Brian says. “She wrote back, and off we went.”

The couple became engaged on campus in September 2016. They toasted their engagement that weekend — and their wedding a year later — using a pair of wine glasses etched with the University seal that they had purchased at the bookstore. 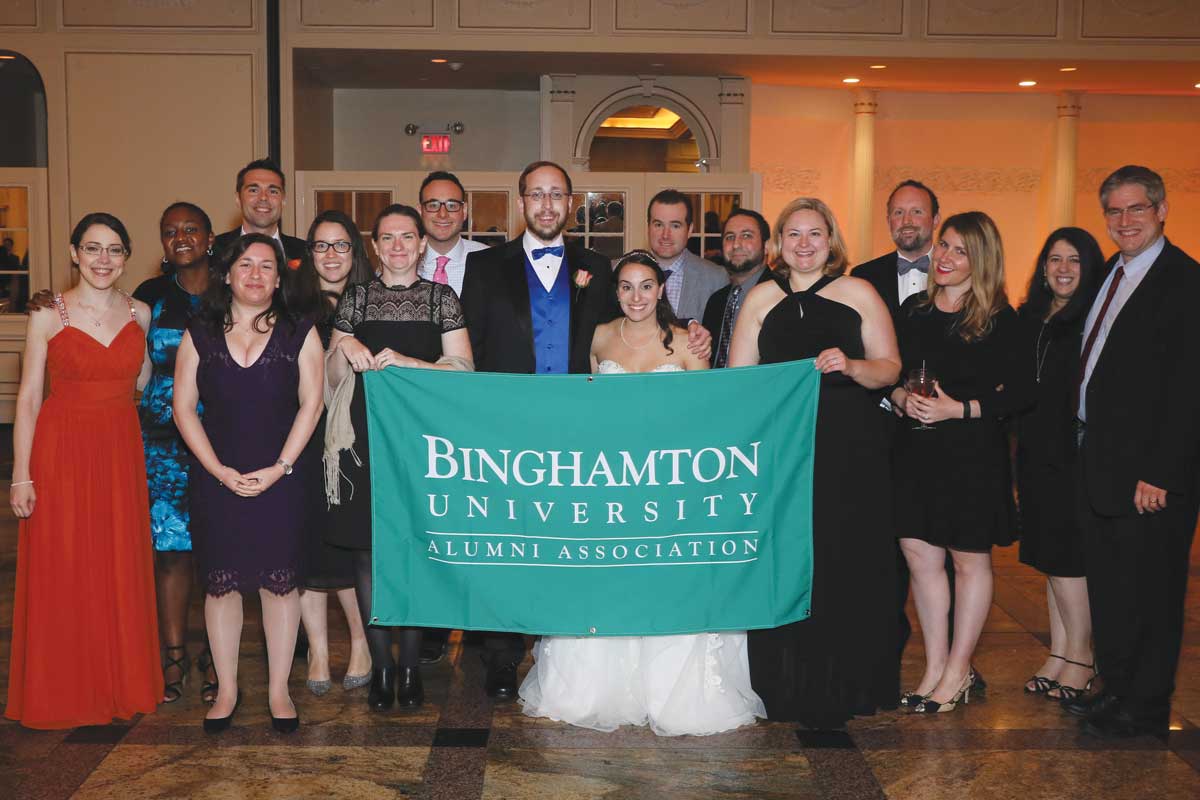 The pièce de Binghamton résistance was the wedding cake topper, a replica of Brian and Meryl wearing Binghamton hoodies. “We didn’t want to have one of those generic little bride-and-groom cake toppers,” Brian says, so they found a company that makes customized toppers. “We decided that instead of wedding attire, it would be great to have the cake topper made with Binghamton sweatshirts and jeans, like we might’ve worn walking around campus,” Brian says. “It was a huge hit at the wedding, and now it’s on a shelf in the bookcase in our living room.”

Brian majored in political science, with a minor in Judaic studies. He is an assistant county attorney in the Westchester County Attorney’s Office. Meryl majored in human development. She is a special education kindergarten teacher for the New York City Department of Education.