It's almost curtains for Binghamton archer at competition 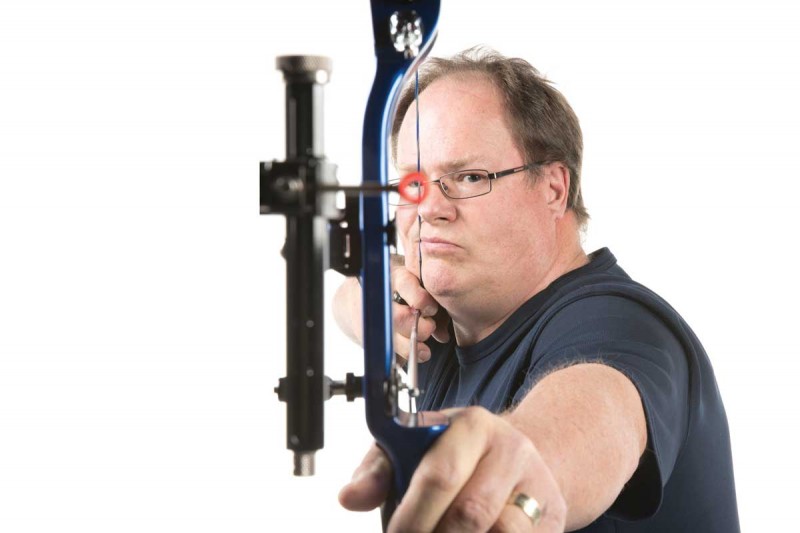 A year ago this April, Robert Mulcahy was ready to compete in an archery tournament that he hoped would lead him to his second national title.

He’d won his first national championship in March 2016 and had been planning on easing up and shooting just for fun. Then a new competition opened up, and he couldn’t resist. So he packed his bags, shipped his bow and headed for Arizona.

TOOK UP ARCHERY: as a high school freshman in Windsor, N.Y., halfway through the season, and made it to states that year.

GOOD INFLUENCE: When the archery coach quit, Mulcahy’s mother, Theodora, took over. She wasn’t an archer, but she was the gym teacher. Theodora later took up competition and was shooting until she was about 80.

BOW OF CHOICE: Freestyle limited recurve — less popular and more difficult than compounds or crossbows; they’re what Olympians use. (“Freestyle” allows stabilizers and sights, and “limited” means using fingers for the release.)

When he arrived at his hotel before the competition, the box that was waiting for him contained … drapes.

The boxes had been mixed up, and his bow was somewhere in California.

“What are the chances that by 8 o’clock tomorrow morning my bow will be back here so I can shoot in the national championship that I spent $1,500 to come here for?” Mulcahy asked the delivery company.

The answer: No chance.

The last thing Mulcahy wanted to do was stand around for two days and watch everyone else shoot, so he turned to another archer — the man who usually beats him — and explained what happened.

“He was so gracious; he let me have his backup bow,” Mulcahy says. “I tore it apart and put it back together to fit me.” It wasn’t perfect; subtle differences in equipment can have a big impact on a shooter’s accuracy. But by the end of the competition, Mulcahy was just 3 points shy of having to shoot against the man he borrowed the equipment from.

He plans on trying again this year, but he’ll take the bow with him on the plane.