Triple-major plans to do graduate work at Villanova University 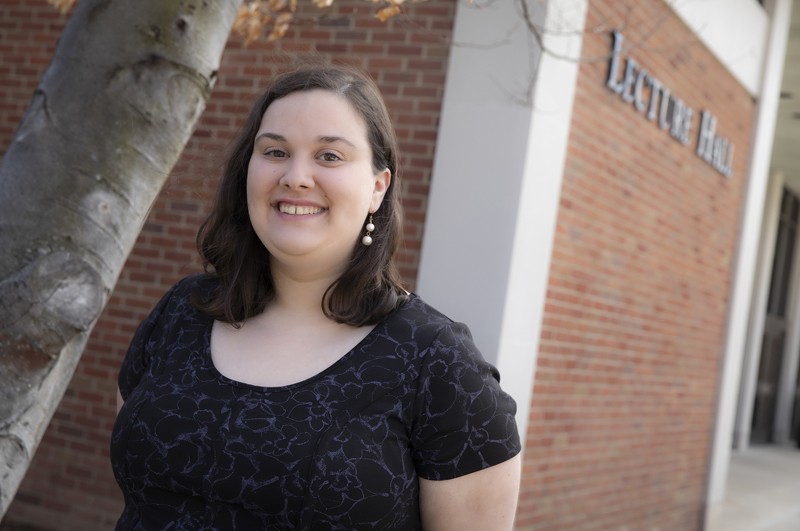 Three majors. Two jobs. Countless clubs and activities. And this just scratches the surface of what Rachel Levy has done in her four years at Binghamton University.

“I went to Binghamton because I didn’t really know what I wanted to major in yet,” Levy said. “I figured Binghamton had a lot of things I could try, which later on ended up being exactly what I did.”

Levy, 21, is a senior majoring in philosophy, politics and law (PPL), history and political science. The East Northport, N.Y., native has planned on being a lawyer since her sophomore year of high school and has used her three majors to get her closer to her goal.

First becoming a political science major, Levy said she soon fell in love with philosophy, and added a PPL major as well. She started taking history classes as electives and discovered she was one seminar short of completing a history major.

“I just kept taking history classes for fun, like whenever you have room for an elective that’s just what I kept taking,” she said. “I genuinely have an accidental history major.”

Levy said that while her three majors overlap and complement each other, they are balanced out by the clubs and activities that she takes part in. Her priorities are the mock trial club, where she is a team captain, slam poetry club and being a DJ for WHRW radio station.

“I started writing slam poetry in high school, because if I wasn’t going for law I would’ve gone for English,” Levy said. “I always really liked writing.”

It was slam poetry that led her to WHRW, doing a talk show called “Writer’s Block” with one of the DJs there. Soon after, she became a DJ, and now hosts music and talk shows.

“I’ve done two different talk shows,” she said. “I did ‘Writer’s Block’ for a year, and right now I’m doing a show called ‘Drama Queen’, where every week we pick a different Broadway musical and we play music and talk about literary themes in it.”

Even with three clubs and three majors, Levy also finds time to work. She currently works at Student Support Services (SSS) as a receptionist, and at Late Nite Binghamton.

“I think one of the biggest things Binghamton taught me was time management,” Levy said. “Especially because I’m also a low-income student, so I’ve had two jobs in the past two years every semester. I had to learn very quickly how to balance time with work, and I wanted to have a social life.”

Levy said Student Support Services has made a big impact on her as a low-income college student. SSS is part of the national TRIO programs, which support first-generation, low-income and disabled college students. It offers a variety of services, from financial assistance and academic advising to social events.

“I didn’t really acknowledge until my sophomore year that I was a low-income student,” Levy said. “It wasn’t until I really got with SSS that they empower you and they remind you that you’re not the only student going through experiences like that. So now I get to work there, and I’m just very excited because the office is the nicest environment to work in.”

Levy said that services like SSS are important because you never know what someone might be struggling with.

It is through her counselor at SSS, Marissa Zelman, and one of her mentors, Wendy Martinek, an associate professor of political science, that she was nominated for the SUNY Chancellor’s Award for Student Excellence. This award, which Levy won, goes to students who integrate academic excellence with other aspects of their lives, including leadership, campus involvement, career achievement and more.

“Rachel is the kind of student every professor dreams of having,” Martinek said. “She is smart and hard-working. But, more importantly, she has genuine intellectual curiosity. It is clear that she takes satisfaction in learning all she can. She will willingly and happily play with ideas, unravel lines of reasoning and explore her own arguments for hours. Moreover, Rachel is a funny, empathetic and inclusive person. She is not only engaged herself, she helps others to be engaged as well.”

Levy said she was surprised to be nominated for the award.

“That was a big deal to me, because I never really thought of myself as doing anything extraordinary,” Levy said. “I always saw the things that I was doing as natural extensions of what I wanted to do, so that’s what I was going to do. It was weird to be told that there was an award you could get for doing something that you already like to do.”

“She’s just been the biggest source of support; she helped me figure out what I wanted to do with my life, helped me do research, take up opportunities and get internships,” she said. “Here, I keep telling people, ‘go to their office hours’. Professors do actually care, they want to talk to you, they actually like you, which is crazy because there are so many kids on this campus, but they care every time.”

It is these influences and experiences that have led Levy to accept a full scholarship to Villanova University to study pre-law in the fall.

“The goal right now is to be a public interest litigator, because I’ve worked with public interest groups, especially for gender discrimination, women’s rights law, that kind of thing,” Levy said. “That might change in law school, but my big thing is litigation because that’s what I fell in love with during mock trial. Law, to me, is kind of a tool to help people. I fell in love with the idea of getting to use law and apply it to situations that are not good and should not be things that we allow, and using law to fix them, or at least make them better.”

Although she is excited for her future, Levy said that leaving Binghamton University is a bittersweet moment.

“I remember thinking I’d just coast through college, because law school was where it would really begin for me,” she said. “Now, looking back as a senior at Binghamton, I don’t want to leave. Binghamton taught me what I wanted to do as a lawyer, what goals I wanted to have and gave me an education that has changed the way I approach everything.”