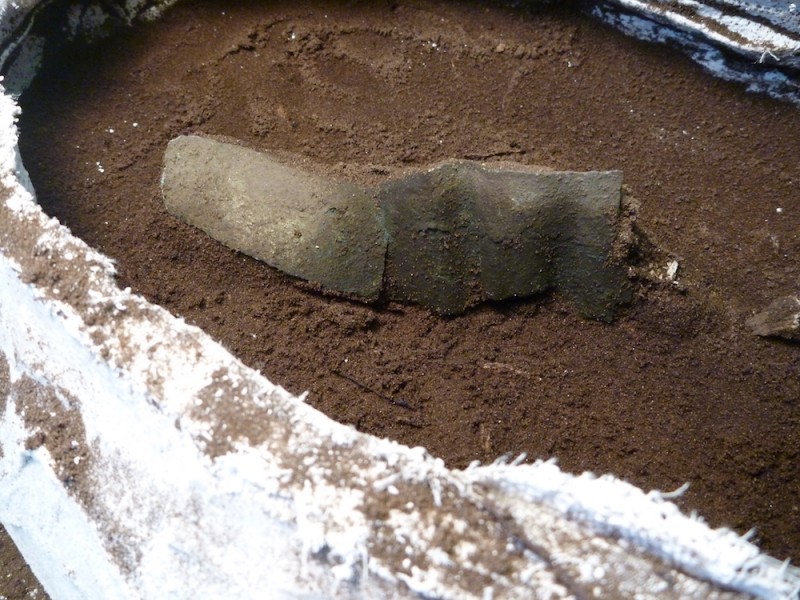 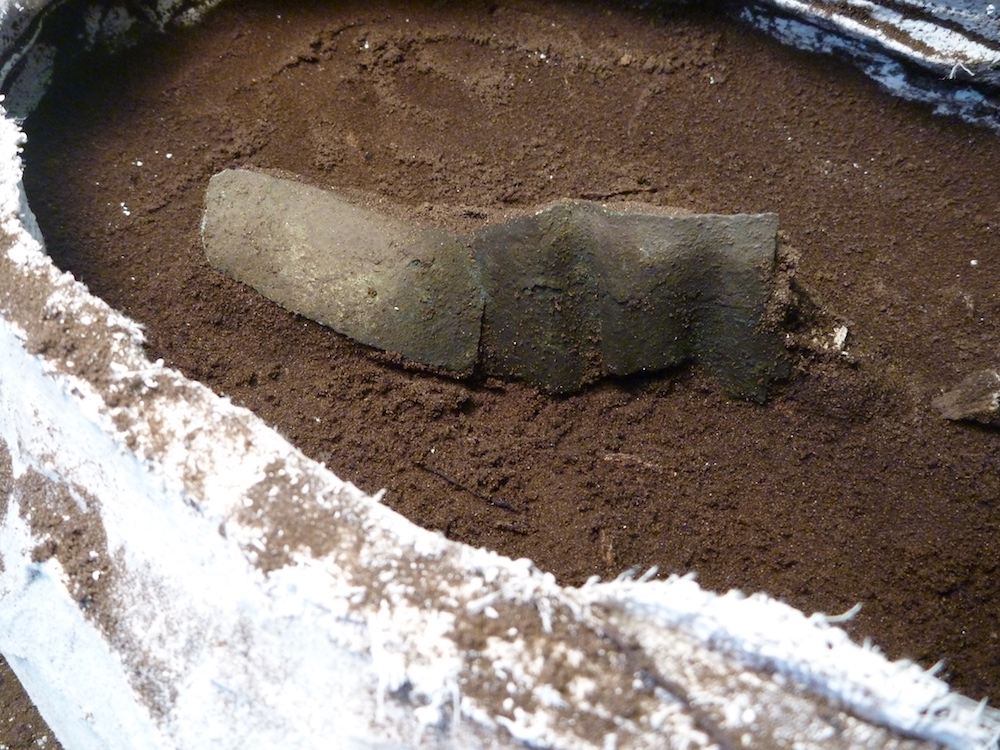 “Our research shows that Native Americans living roughly 3,500 years ago were engaged in extensive trade networks spanning far greater distances than we had previously assumed (more than 1,500 km) and across various regions that we did not know were connected (the Great Lakes and the coastal Southeast),” said Sanger. “While we still struggle to understand the nature of these trade networks, our findings suggest that they moved not only objects (such as the piece of worked copper we recovered) but may also be a pipeline through which belief systems, cultural values and societal norms were also exchanged. The possibility that information also traveled along trade networks is evidenced by the shared use of cremation found alongside the exchange of copper between the two regions.”

Sanger and colleagues found a copper band, slightly wider than a bracelet, alongside the cremated remains of at least seven individuals at a burial site in coastal Georgia. Prior to their discovery, both copper and cremated human remains dating to the Archaic period (around 3,000-8,000 years ago) were rarely, if ever, found in the Southeast United States. The copper band and burials were located in the center of a Late Archaic shell ring—circular deposits thought to have been used by Native Americans as both residential sites and as places of ritual gatherings and feasting events. Radiometric dating using an accelerated mass spectrometer indicate that the remains and band are both more than 3,500 years old. This is significant, as it pushes the practice of cremation, as well as the use of copper, in the region more than a millennium older than previously thought.

Remarkably, the copper band was not manufactured from local materials, but rather originated in the Great Lakes region, more than 1,500 km away. Copper sources each have their own unique chemical makeup, including very small amounts of trace elements. As such, archaeologists can match manufactured objects to their sources by comparing their chemical signatures, or “fingerprints.” Using Laser Ablation Inductively Coupled Plasma Mass Spectrometry (LA-ICPMS), researchers at Ball State, the Field Museum and the New Jersey State Museum determined the chemical makeup of the copper band was most similar to sources found near the Great Lakes. While archaeologists had long known copper was exchanged out of the Great Lakes region, the discovery made by Sanger and his colleagues extended previously documented boundaries of Archaic Period copper exchange by nearly 1,000 km.

The use of cremation is also notable as this practice is virtually absent in the Southeast United States during the Archaic period, yet quite common further to the north, including in the Great Lakes, where the copper originated. The co-occurrence of copper use and cremation practices suggests, according to Sanger and colleagues, that these two regions were more closely linked than previously assumed. The possibility that the two regions shared cosmological worldviews or religious practices would suggest direct connections across huge amounts of space.

According to the authors, these findings lend insight on emergent patterns of hierarchical social organization in the Archaic Southeast United States.

“Defining social complexity is always difficult—but our research shows that people were organized to a degree that allowed the formation of vast trade networks spanning half of a continent more than 3,000 years ago,” said Sanger. “Considering that these trade networks likely moved both information and objects, we argue that they were not simple “down the line” exchanges—meaning that objects would slowly move between people over large amounts of time, perhaps through trade between friends and neighbors or as inherited items when someone died. Rather, the movement of information across more than 1,500 km suggests that exchange networks were more formal and direct. Such formal and direct trade networks suggest sustained relations between diverse communities, which must have been sustained by relatively complex social institutions. We assume these social institutions were religious or ritual in nature considering that we are looking at a multiple-person cremation in the center of a circular deposit of food remains.”

Sanger and his colleagues at the University of Georgia and Northern Kentucky University have recently been granted a $300,000 grant from the National Science Foundation to study an additional 12 shell rings.

“With this grant, myself and my colleagues will begin an ambitious field program and associated analyses to determine whether our findings were unique or part of a broader pattern in the American Southeast,” said Sanger. The paper, “Early metal use and social organization in the southeastern United States,” was published in the Proceedings of the National Academy of Sciences.