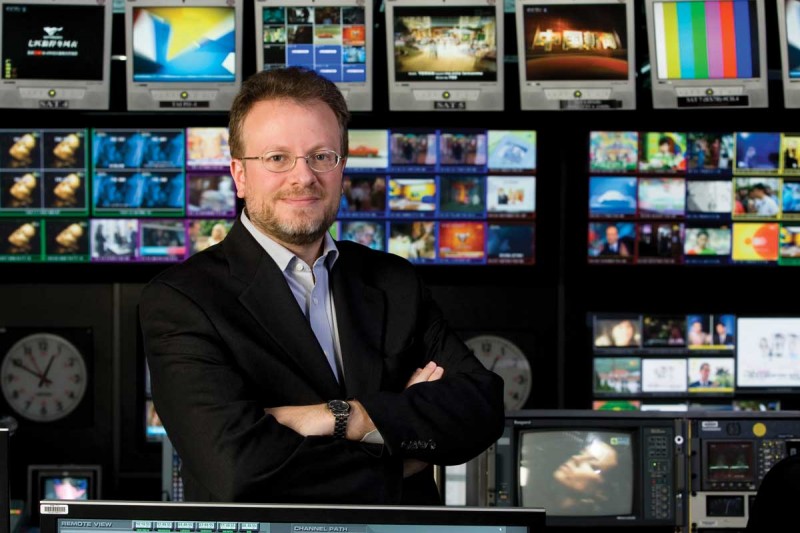 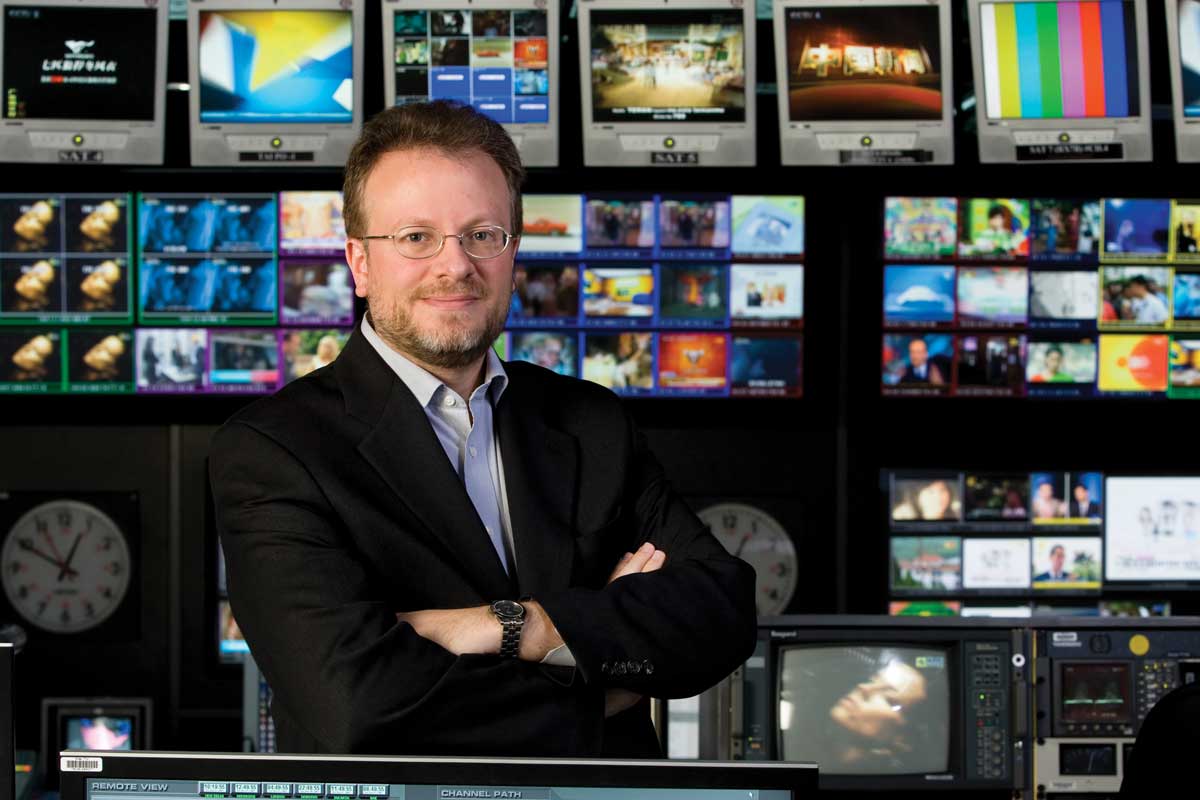 ​As a student, Todd Lituchy ’89 ran the teleprompter and wrote news stories while interning at WICZ, Binghamton’s NBC affiliate. That helped him launch an international TV career that would include getting a series onto the NBC network.

He’s founder and CEO of New Media Vision, a London-based consulting firm that expanded into production. He was executive producer for The Mysteries of Laura, which starred Debra Messing (Will & Grace) and aired for two seasons on NBC.

“Earlier in my career, I never thought I’d be on the production side,” Lituchy says. “I worked with a fantastic cast and crew. To have a show on the No. 1 network was just surreal.”

When Lituchy started his career in television, he wanted to run network scheduling. After several years in research, his former boss at Disney became CEO of the startup United Paramount Network (UPN, now known as The CW) and tapped Lituchy to lead scheduling.

“I was just 29 years old, and I was the youngest head of scheduling for any of the broadcast networks.”

After five years, he left UPN and found the next big move was just that. He went to London to lead entertainment at Modern Times Group.

“It was a fantastic playing field with TV channels all over Europe,” he says. “I was used to working on one channel for one country, and here I had the opportunity to work on lots of channels in 30 countries.”

He had ample opportunities to bring over successful American formats. He oversaw the first international versions of Queer Eye for the Straight Guy, Extreme Makeover: Home Edition and Wife Swap. He also produced a local Survivor. He found equal success transitioning to the role of president of entertainment for Star TV, the Asian operation of News Corp.

“It was a great opportunity for me to learn other cultures. There are a lot of similarities between the United States and other countries in terms of how and why people watch television.”

Lituchy returned to London and launched his company before relocating to Los Angeles and focusing on production. He has shows in development with traditional broadcasters and internet streaming services.

“There are a lot of concepts I’m looking to bring from the international markets into the U.S.,” he says. “Streaming has definitely changed the business, and I think it’s a great development. Any time there is more competition, it’s a good thing.”