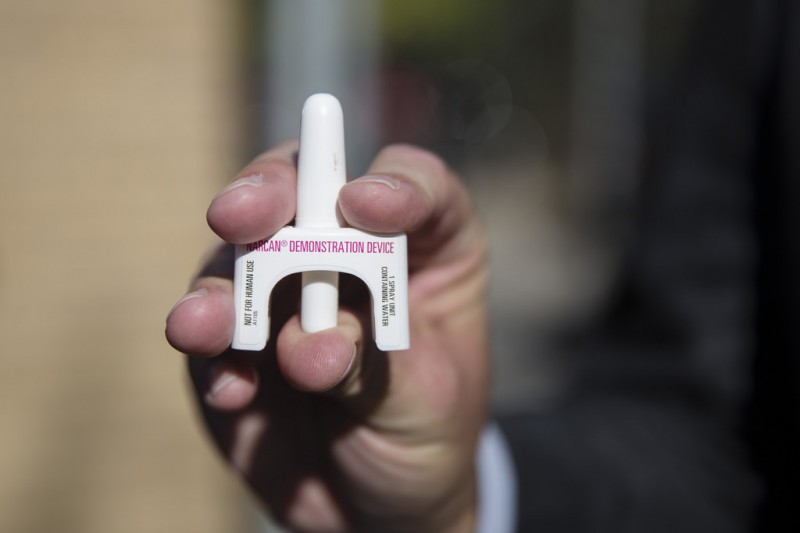 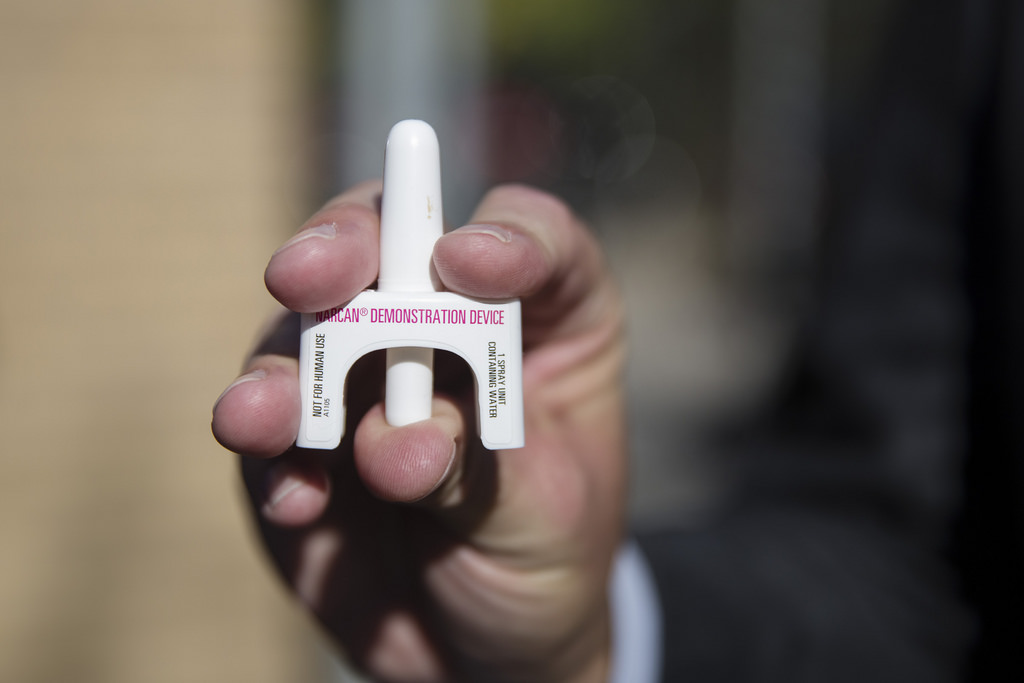 BINGHAMTON, N.Y. – Expanded access to naloxone, also known as Narcan®, has been identified as a key intervention for reducing opioid-related deaths. However, there is more than one way to administer it and it is unknown which method is most successful when administered by community members.

William Eggleston, clinical assistant professor at the School of Pharmacy and Pharmaceutical Sciences at Binghamton University, was interested in knowing how successfully community members could administer naloxone after basic video training.

“I’m studying things like which type of naloxone should we give to members of the community, and what is the best way to distribute that naloxone,” Eggleston said.

Over a three-day period at the New York State Fair in Syracuse, 138 adults with no prior naloxone training were asked to watch a two-minute video demonstrating how to administer naloxone via one of the three methods – two nasal sprays and one intramuscular – and then to administer the naloxone to a mannequin using their randomly selected method.

“With training, nasal sprays in general had a higher degree of success than the shot,” Eggleston said. “Even if it seemed to us it was a no-brainer that we should be using nasal sprays, we had no data before, so now we have some to support that.”

The study, “A Randomized Usability Assessment of Simulated Naloxone Administration by Community Members,” was published in the journal Addiction in August.