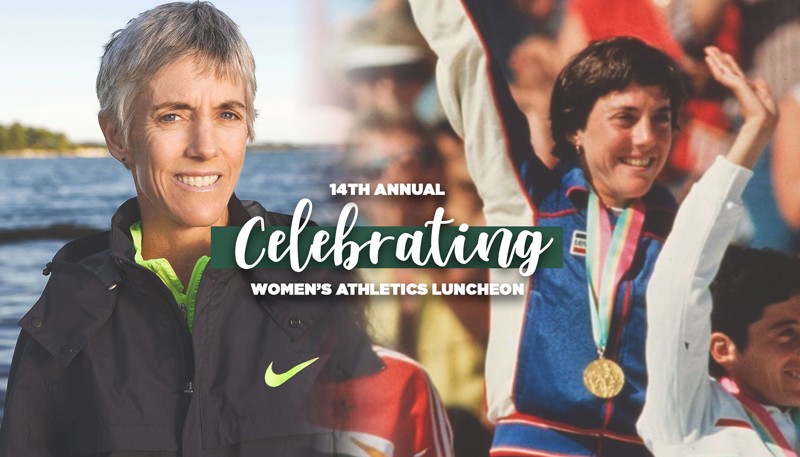 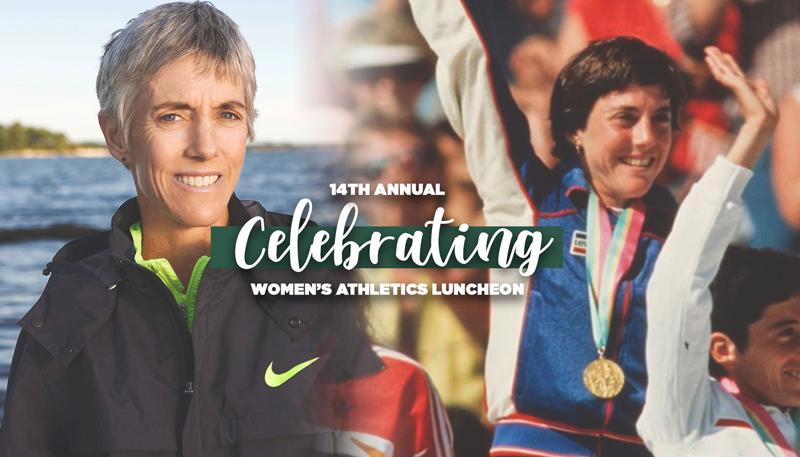 Benoit Samuelson was the first-ever women’s Olympic marathon champion, winning the gold medal at the 1984 Games in Los Angeles. In addition, she is a two-time Boston Marathon champion, having won the event in 1979 and 1983. Her winning time of 2:22.43 was the course record for 28 years. Furthermore, Benoit Samuelson’s 1985 victory in the Chicago Marathon established an event record that stood for 32 years.

In addition to her running, Benoit Samuelson currently serves as a coach to women’s cross-country and long-distance athletes, and is a motivational speaker and sports commentator.

Since 2006, the Celebrating Women’s Athletics Luncheon has raised more than $450,000 to support the BBAA Women’s Scholarship Fund. The scholarships were established in 2007, and have grown incrementally each year. In 2018, 10 scholarships were awarded to female student-athletes. The luncheon began in 2006, with just 75 attendees, and is today one of the Athletics Department’s primary fundraisers. Last year, an event-record 725 guests attended the event.

Luncheon attendees will have the opportunity to meet current Bearcat student-athletes and coaches from the women’s teams and to hear them speak about the role athletics has played in their development, careers and life. In addition, guests will have the chance to bid on several auction items with all proceeds going toward the BBAA Women’s Scholarship Fund.

Tickets for the event are $60 and table sponsorships are $600. To purchase tickets, visit the Events Center Box Office or order tickets online.