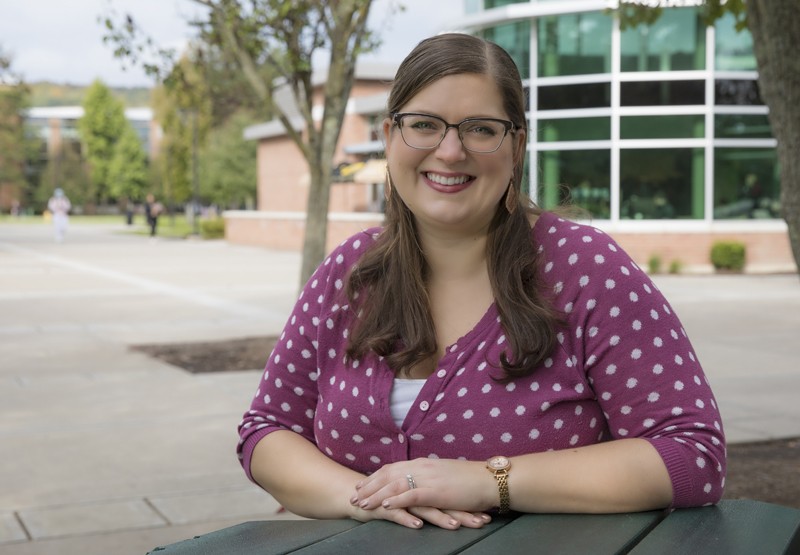 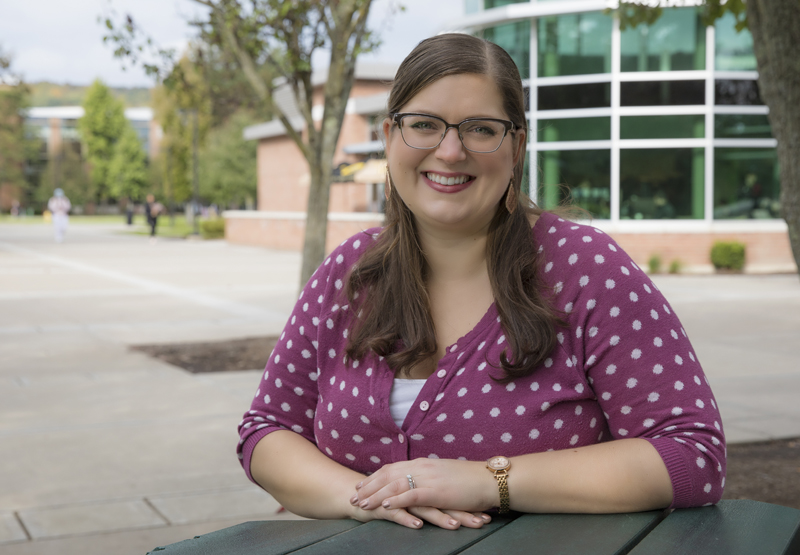 There are two common methods of teaching sex education in public schools: one based in science and another based on morals. At one point, however, the two weren’t much different, a Binghamton University researcher said.

“I look at events that happened in the 1920s, such as immigration reform and education reform, and observe why sex education shifted from a morally focused approach to a science-based approach during the progressive era,” said Julia Devin, a doctoral student in the History Department.

Devin, a Los Angeles native, studied history at Seattle Pacific University before earning master’s degrees in educational foundations from California State University, Los Angeles, and in history from Binghamton. Though she was initially interested in standardization in public schools, women’s history grabbed her curiosity.

“There’s a belief that education is an equalizer,” Devin said, “but when I started teaching at a low-income, high immigrant-populated school in east L.A., I realized schools fail students in a lot of ways, and I wanted to understand why.”

By examining the records of school boards and community organizations in major cities during the progressive era, Devin found that some schools encouraged certain groups to reproduce — and encouraged other groups not to reproduce — based on racial assumptions.

In its early practice, science-based sex education was tied to eugenics, or the science of improving a human population through controlled breeding, said Devin, recipient of a 2018 American Association of University Women fellowship.

Eugenics was considered by many to be a legitimate academic subject in the 1920s. Schools had the power to diagnose female students with “sex delinquency,” and could deem them unfit to reproduce. These young women, often immigrants, were sent to institutions and forcibly sterilized based on the results of IQ tests. Individuals who scored relatively well but were, nevertheless, identified as inferior in some way, were subjected to an emerging form of this science-based sex education that discussed racial fitness and eugenics, Devin said.

“Reproductive rights are different from reproductive justice,” Devin said. “Today, women of color have higher rates of complications during pregnancy and childbirth than white women. So there have been injustices related to race and reproduction going all the way back to slavery.”

Devin will collaborate with Family Planning of South Central New York in Binghamton throughout the 2018-2019 academic year to create educational events on reproductive justice. That work is supported through another fellowship for public history from Binghamton’s Institute for Advanced Studies in the Humanities (IASH) and Humanities New York.

“Julia’s research intersects with her background in education,” said Leigh Ann Wheeler, Devin’s advisor and professor of history at Binghamton University. Wheeler believes Devin’s passion stems from her experience working with immigrant and low-income students and colleagues in Los Angeles.

“She’s a fantastic teacher, and she gets energized by interacting with students,” Wheeler said. “She finds that she’s more efficient in her research when she is teaching.”

Devin said she hopes to encourage dialogue among historians, health leaders and individuals in the community through her research.

“There’s a wide variety of people who have looked at the history of sex education, but not a lot of people have connected it to this larger time period with immigration, race and standardization,” Devin said. “I’m trying to show that they’re a lot more connected than we thought.”