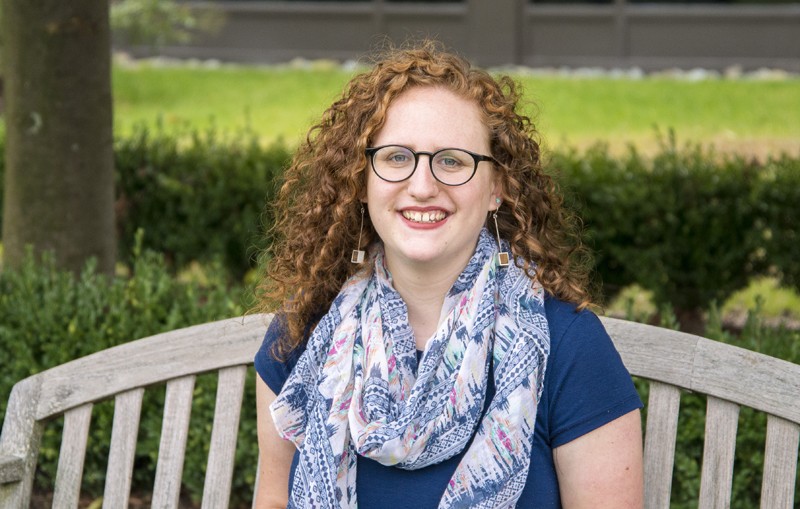 “I wanted to do something interdisciplinary and because of Harpur College, that was something that Binghamton was able to offer,” Jelen said. “Doing something so different is unique to Binghamton.”

Jelen is a junior at Binghamton University double majoring in art history and biology with a focus on architecture. She entered the University with the thought that she could only make a sustainable career out of her biology degree. Over the past three years, however, her perspective has shifted.

Throughout her time at Binghamton, Jelen has involved herself in both departments of her studies to better figure out what she loves about each of them and how to shape her future based on the education she is gaining.

“I presented at a conference last spring for the research I am still working on from my FRI (Freshman Research Immersion) program,” Jelen said. “It is something that biology can actually look at. Looking at the DNA of people can help infer where people came from and can look at a different side of history that we didn’t know about before.”

Jelen has worked on her biological anthropology research through the FRI program and independent studies, but also had the opportunity to focus on art history research last summer during the Summer Scholars and Artists program.

The Moors were an Arab group that ruled over medieval Spain from around 700 through the 1400s. Their architectural style included arches, vibrant color, red and white stripes, and domes.

“I found that the style represented the history because they wanted to showcase their history being from the Middle East and the history of the temple of Solomon,” Jelen said.

Jelen found that the Moorish architecture trends resurfaced during the 19th century because Jews began gaining more rights and had more opportunity to define themselves as a community — which they did through architecture.

Moorish architecture was a way to represent Jewish history in Spain because the Jews living in Spain had more freedoms than in the rest of Europe. Also, on a wider scale, architecture trends during this period pushed away from traditional European styles and more toward an oriental style, which the Moors wanted to incorporate into their own.

Jelen said her work as a Summer Scholar was influenced by her Jewish faith and time she spent in Israel two years prior to coming to Binghamton.

After graduating from high school, Jelen spent a gap-year in Israel at a seminary reading Jewish texts and learning about the religion more in depth. She stayed the following year to work as a tour guide with a historical society in Israel.

Once Jelen’s time in Israel was over, she chose Binghamton University to continue her academic career because Harpur College gave her the opportunity to study both art history and biology.

Jelen has had the opportunity to see art history as more than just a pastime and plans to pursue it as a career, although she is still unsure of which direction to take it.

“One of the overlaps I found with art history and my time working as a tour guide was that architecture is a symbol of the community and of the people and it’s something that lives on past the architect,” she said. “Humans live for a short period of time whereas architecture lives on.”