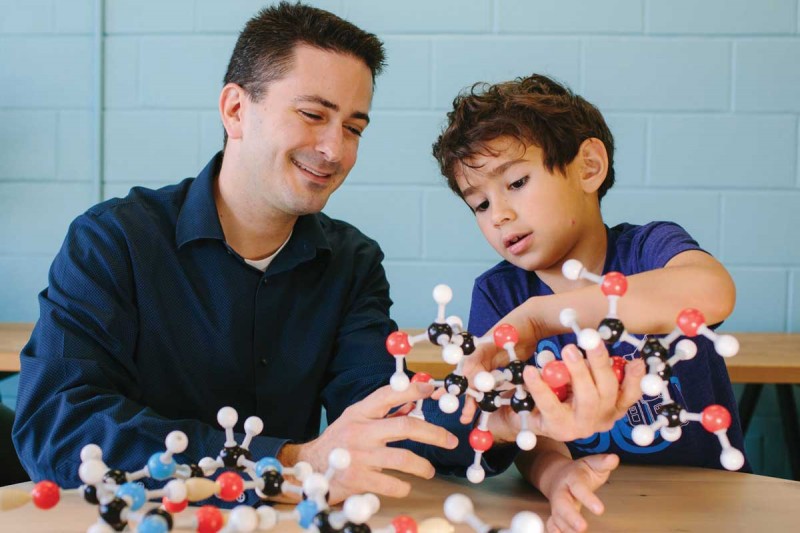 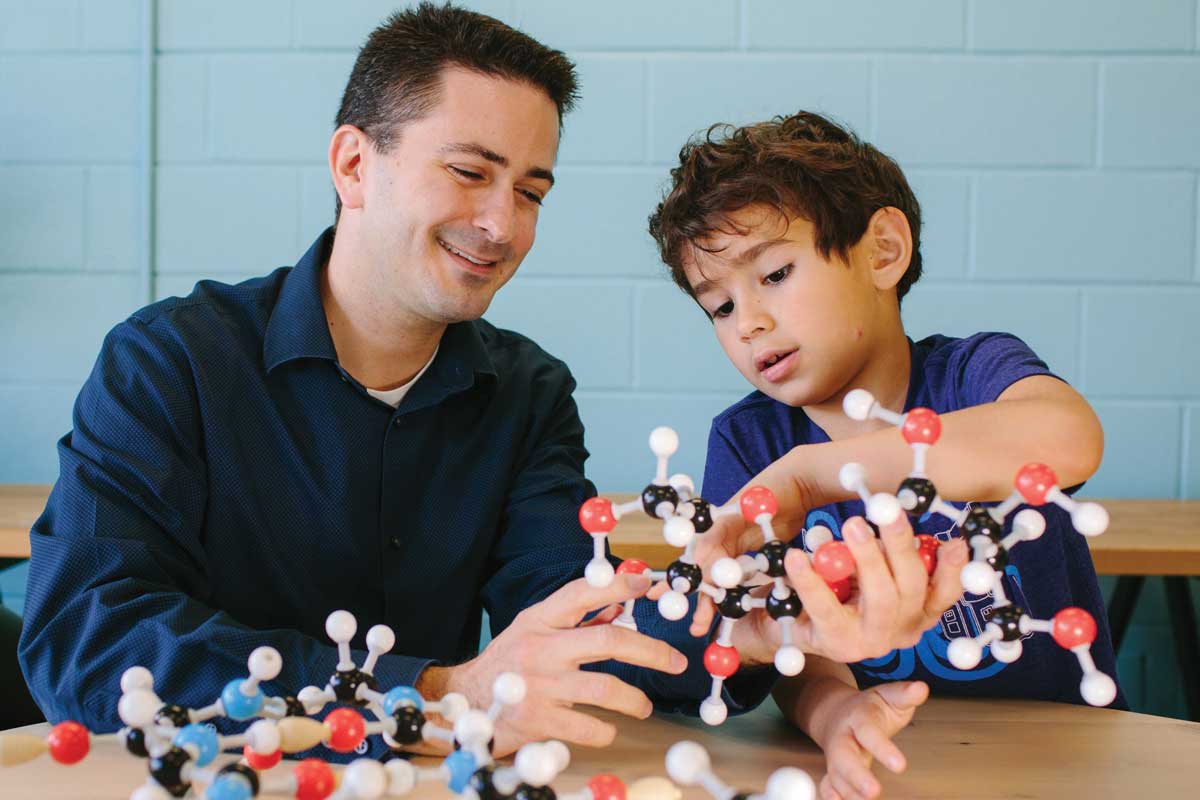 When you think back to chemistry at Binghamton, you might remember cramming material in a volume as thick as a Brooklyn phone book. Whether you aced the class or just got by, the coursework was probably not something you’d offer to kids.

No, the K is not a typo. Fried’s lessons don’t involve textbooks. Rather, the kids view animated lectures and work with 3D models, both with their hands and on a computer, to interpret and understand biomolecules.

“The younger students are equipped for this innately,” Fried says. “They are sponges and pick up things easily.”

Fried was inspired by Betty Edwards, an art professor who helped children develop their juvenile drawing styles into something more sophisticated. If they can draw like grownups, they can get chemistry, he says.

As a doctoral student at Yale University, Fried developed and taught his classes in the New Haven, Conn., area and developed the concept further in New Jersey.

“The roots of this actually come from Binghamton,” he says. “My professors were amazing, and I developed a real love for organic chemistry and biochemistry. Without that, I wouldn’t be here.”

He produced the documentary Biochemistry Literacy for Kids (available on YouTube) to show the results of his flagship program for third-graders in Jersey City’s public schools. Though he can adjust the curriculum for any age, he says the sweet spot is the later elementary years. “[The kids] aren’t at a point where they are closed off and less curious. They question everything about their world and want to understand things. I think we start technical learning way too late.”

Fried would like to eventually increase the program’s reach and study its long-term impact.

“I want to find other scholars with the mentality of wanting to change education, wanting to prove something that has never been seen before. I haven’t always had the acceptance of the educational establishment. Maybe it doesn’t need to be accepted academically to be a success. I teach college science to kids because it’s a way to show the world what’s really possible.”​