Light at night is harmful for amphibians, new research shows 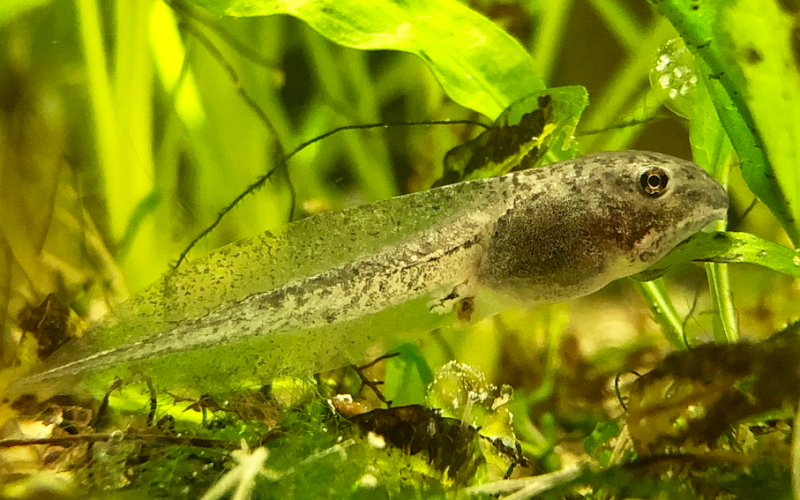 BINGHAMTON, N.Y. – Light at night might be convenient for humans, but it’s having a detrimental effect on amphibian populations, according to new research from Binghamton University, State University of New York.

“Research on the effects of light pollution has recently seen a surge in popularity,” said Binghamton University Assistant Professor of Biological Sciences Jessica Hua. “It’s difficult to find any place on Earth that is not affected by even minimal light pollution. We recognized a gap in the research and realized that not much was known about how light pollution can impact amphibians. Since amphibians are sensitive to environmental changes, they make great models for studying how pollution of any type can impact other species.”

Hua, along with graduate student Grascen Shidemantle and undergraduate student Dyllan May, exposed wood frogs to a control and two anthropogenic light conditions: intensified daytime illuminance and artificial light at night (ALAN). They found that both the intensified daytime illuminance treatments and the ALAN treatment decreased hatching success in tadpoles. Tadpoles that were reared in the ALAN treatment, on the other hand, were larger, less active, more sensitive to road salt pollution and had more parasites.

“Overall, I think the main thing we learned from this study is that exposure to light at night has the potential to make amphibians more susceptible to the effects of additional stressors, like road salt and parasites,” said Shidemantle. “This is concerning since these are common stressors that many amphibians have to cope with. The light at night on itself might not have too much of a negative effect on its own, however, since wildlife rarely encounter just one stressor in their natural habitat, the combination of light pollution with additional stressors may have negative impacts on amphibian populations.”

Shidemantle is considering looking at how light pollution impacts other organisms in wetland ecosystems that amphibians might interact with, such as damselfly larvae which are common predators of tadpoles. She received a grant from the National Science Foundation this year to further explore the effects of light pollution on amphibians.

“It is critical to understand how humans impact wildlife so that we can make more responsible decisions about how we proceed with activities such as urbanization and construction,” said Shidemantle. “Also, it is likely that these effects of light pollution extend beyond just amphibians—the impacts on amphibians may have indirect effects on other organisms that amphibians interact with in their ecosystem.”

The paper, “The effect of intensified illuminance and artificial light at night on fitness and susceptibility to abiotic and biotic stressors,” was published in Environmental Pollution.