Engineering the heart, starting with cells

Biomedical engineer creates models of heart tissue in a dish 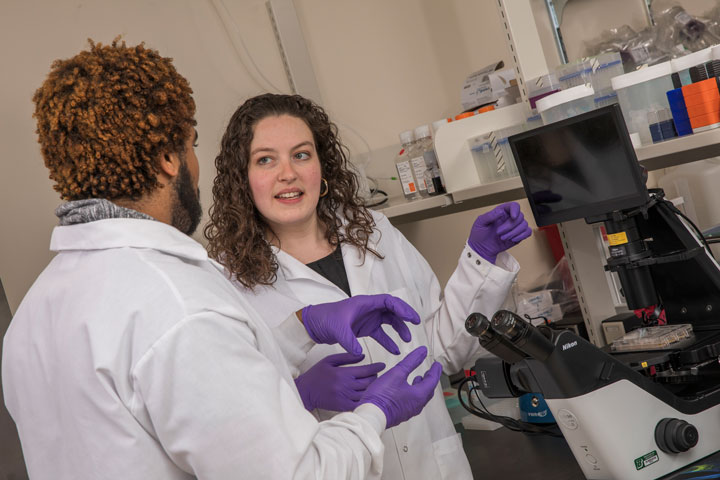 Studying the inner workings of the heart isn’t what usually comes to mind when you imagine what an engineer does, but that is exactly what interests Assistant Professor Tracy Hookway in the Biomedical Engineering Department at the Thomas J. Watson School of Engineering and Applied Science.

The heart is a complex organ made of many different types of cells and is connected to a large network of blood vessels. It even has neurons like those found in the brain and nervous system, which help it control the electrical system that relaxes and contracts the muscles. One of the challenges with the human heart, however, is that it has no way to repair itself.

Hookway says that before going to college she was torn between going into some kind of pre-med track — studying human physiology — or going into civil engineering — learning how to design and build physical structures. 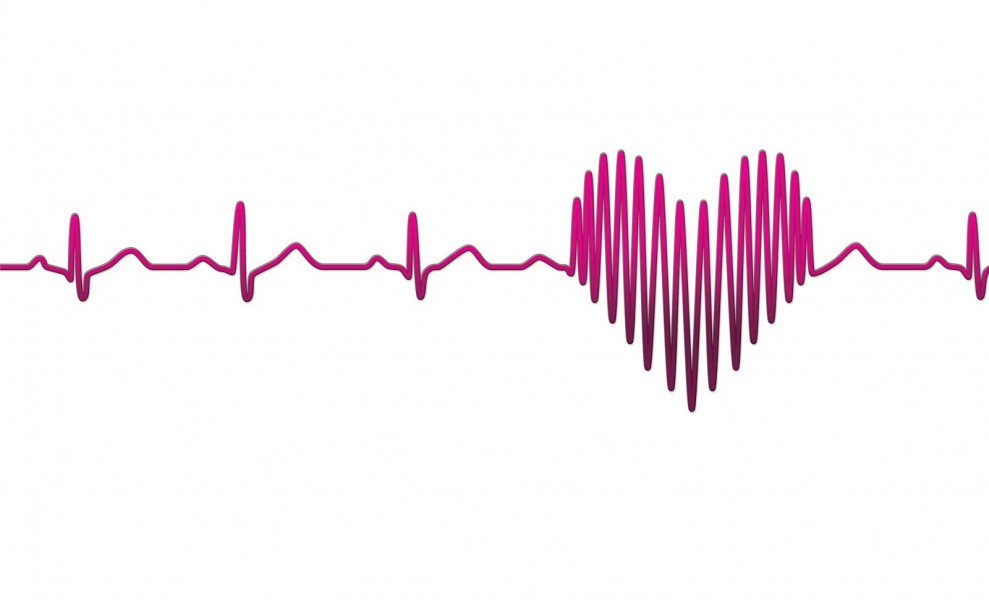 Image Credit: Burt Myers.
“I didn’t really know what biomedical engineering was in high school, and then I found out about it in undergrad and I was completely transformed by the idea that I could take the idea of building things and apply it to biology. That changed my world,” Hookway says.

The Massachusetts native completed her doctorate at Worcester Polytechnic Institute, where she studied vascular tissue engineering. She explored how to construct blood vessels and assemble smooth muscle cells into 3D tissues using cells taken from adults. From there she moved on to work as a researcher at the Georgia Institute of Technology, where she learned how to use stem cells.

“During grad school I figured out that I really liked building tissues, but I knew that taking cells from adults and using them as a cell source wasn’t going to be a long-term solution to a lot of tissue building-processes, and so I wanted to start looking into stem cells and using those as a source of cells that we could make tissues with.”

Essentially, stem cells are cells that don’t know what type of cell they want to become. They come in three main types, the first being adult stem cells.

“Adult stem cells are found in a variety of tissues in our body, and they’re basically the cells that facilitate repair when we get injured. But some of the tissues in our body, like our hearts, don’t have a natural ability to repair themselves, which is why things like heart attacks are so problematic,” she says. “The heart can’t regenerate because it doesn’t have that pool of cells that can re-form its own tissue.”

Embryonic stem cells, the second type, are taken from the mass of cells that forms several days after fertilization, during the formation of the embryo. This process has raised a number of ethical concerns because taking these cells destroys the embryo.

However, scientists were able to find a way to create cells similar to embryonic stem cells by using a technique that avoids the ethical concerns. This third category of cells are known as induced pluripotent stem cells, or iPSCs.

While learning how to use iPSCs at Georgia Tech, her lab moved from Atlanta to the Gladstone Institute in San Francisco, a nonprofit research institution that studies cardiovascular biology, immunology, neuroscience and stem-cell biology. After working at the Gladstone Institute, Hookway came to Binghamton, where she’s been able to combine her skills building 3D tissues with her interest in cardiac physiology.

“I sort of merged the fields of stem-cell biology, tissue engineering and cardiovascular physiology. Basically, we’re trying to make models of cardiovascular tissue or heart tissue in a dish because we want to have models that are more similar to what is in our body,” Hookway says. “Your heart is not one cell type, it’s multiple types of cells working together to achieve function. One of the things we’re really looking at is using these stemcell sources to build complex models that we can use to study heart development and disease.

“We’re focused on building the most accurately modeled, miniature-scaled heart tissue in a dish,” she says.

Hookway is excited not only as a researcher, but also as a teacher and a mentor.

“I like that Binghamton is a more intimate department, where you can actually get to know your colleagues and the students. People have been very open and receptive to the idea of collaborating, which is exciting.”

Reconstructing the human heart isn’t the only unexpected thing Hookway is passionate about: “I play ice hockey. I’ve found a team in Binghamton, and it’s one of those things that gives me an hour of my week when I don’t think about work at all. It clears my brain.” ​