Everything will connect to the internet someday, and this biobattery could help make that a reality 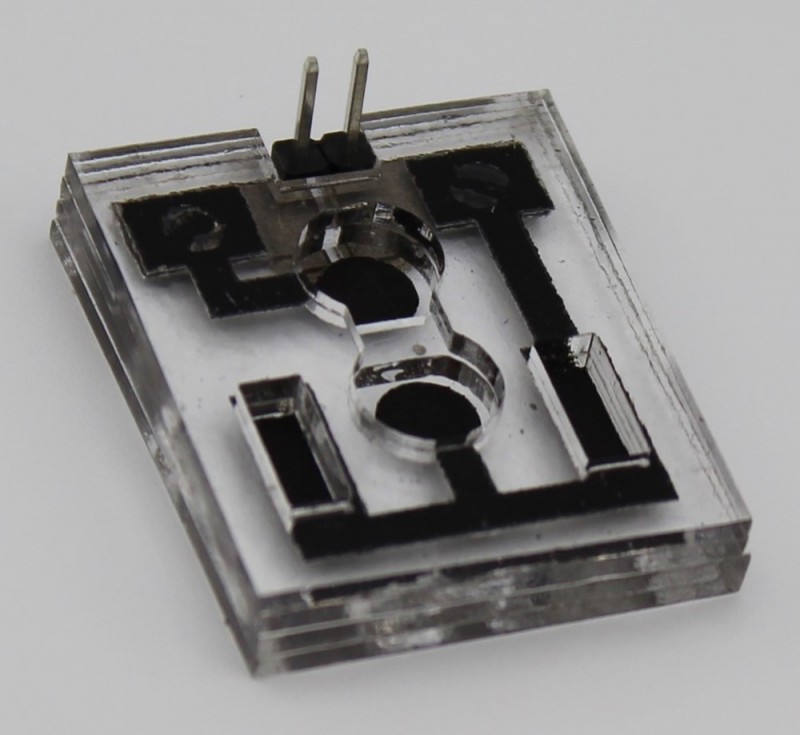 BINGHAMTON, N.Y. – In the future, small paper and plastic devices will be able to connect to the internet for a short duration, providing information on everything from healthcare to consumer products, before they are thrown away. Researchers at Binghamton University, State University of New York have developed a micro biobattery that could power these disposable sensors.

The Internet of Disposable Things is a phenomenon in which wireless sensors are attached to nearly any type of device in order to provide up-to-date information via the internet. For example, a sensor could be attached to food packaging to monitor the freshness of the food inside.

“Internet of Disposable Things (IoDT) is a new paradigm for the rapid evolution of wireless sensor networks,” said Seokheun Choi, associate professor of electrical and computer engineering at Binghamton University. “This novel technique, constructed in a small, compact, disposable package at a low price point, can connect things inexpensively to function for only a programmed period and then be readily thrown away.”

“Previously, my group had two directions: 1) disposable paper-based biobatteries for single-use low-power systems (e.g. biosensors) and 2) long-term microbial fuel cells for sustainable applications. The biobattery we developed this time was a kind of combined technique of those two; the power duration was significantly enhanced by using solid-state compartments but the device is a form of a battery without complicated energy-intensive fluidic feeding systems that typical microbial fuel cells require.”

Choi is in the process of integrating serially connected biobatteries with a DC-DC converter.

This research was funded by a $510,000 grant from the Office of Naval Research.

The paper, “A solid phase bacteria-powered biobattery for low-power, low-cost, Internet of Disposable Things,” was published in the Journal of Power Sources.