$429,134 awarded to Binghamton researcher from the National Science Foundation for three-year project 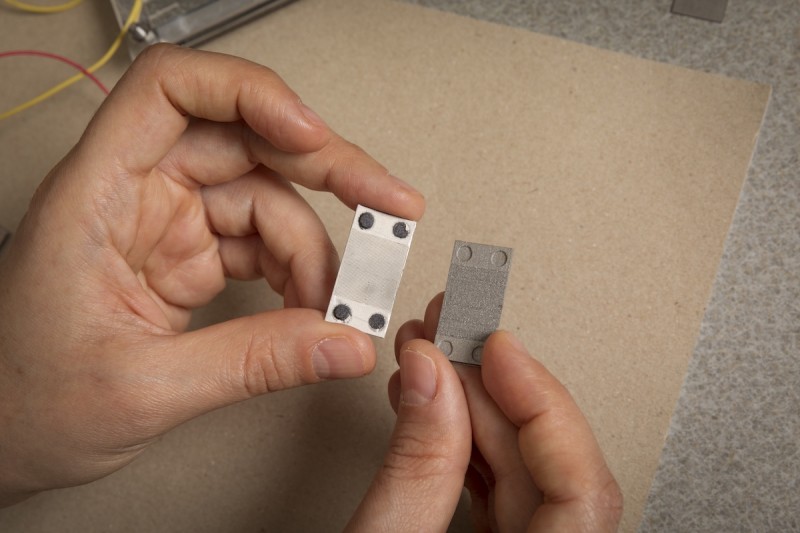 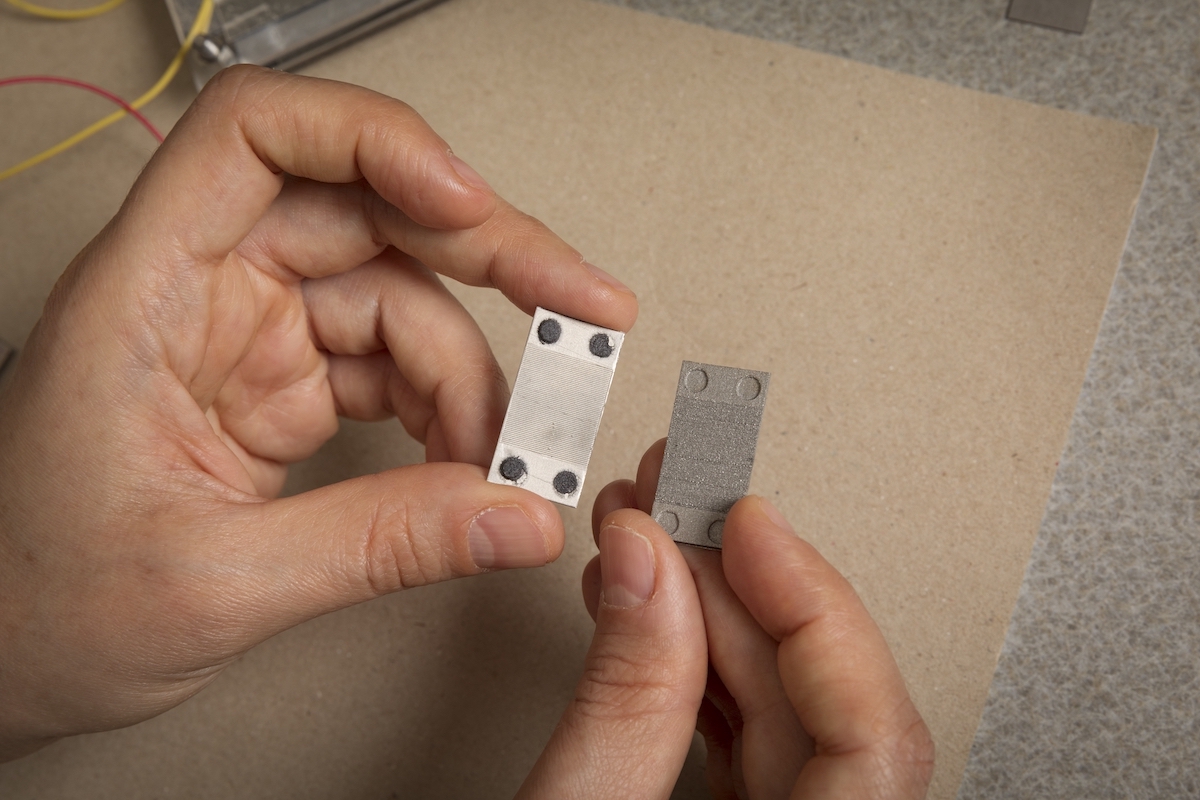 Shahrzad "Sherry" Towfighian, an associate professor of mechanical engineering at the Watson School of Engineering and Applied Science, has combined two ideas for a unique switch that could save lives. Image Credit: Jonathan Cohen / Binghamton University.
By Chris Kocher

What if one tiny device could deploy a vehicle’s airbags at a more optimal time during a crash?

Or if it could measure which parts of a football player’s brain get the most punishment during a game, leading to the design of a safer helmet?

Those are just two of the many applications possible for Shahrzad “Sherry” Towfighian’s current research at Binghamton University.

Towfighian, an associate professor of mechanical engineering at the Thomas J. Watson School of Engineering and Applied Science, recently received a $429,134 grant from the National Science Foundation for a three-year study at Binghamton’s MEMS and Energy Harvesting Laboratory. Towfighian is the sole principal investigator on this grant.

MEMS (microelectromechanical systems) is the technology of microscopic devices with moving parts, often produced in the same way that electronics are. They are used in a variety of everyday devices such as accelerometers, gyroscopes, pressure sensors and switches.

Towfighian’s project, though, goes one step further to make MEMS self-powered through the use of triboelectricty. The energy collected from friction between two microsurfaces can trigger the switch at a predetermined voltage that is optimal for the device’s purpose. Think about scuffing your feet across the carpet and then getting zapped when you touch a doorknob, and you get the idea of how small amounts of power can be generated.

For this research grant, Towfighian — who is in her sixth year at Binghamton — builds on her previous research supported by the National Institutes of Health for “smart” knee replacements powered by patients’ walking.

“By combining my two research areas of MEMS and energy harvesting, I am designing air bag switches to be immediate, so they respond faster. The combination has a unique property that does not need any processing between the time of impact and the moment the switch opens,” she said. “It also will be more reliable because then there is no danger of failure for software or hardware. It’s totally self-powered. If there’s damage in the car, if the connections are gone in a crash, this system makes airbags more reliable.”

Unlike similar switches now in use, Towfighian’s device will activate at a preset voltage proportional to the amount of force it receives, giving designers more control over its use.

“For all other switches, if you have two electrodes and the voltage is going beyond a certain amount, it always closes,” she said. “It doesn’t recognize how much voltage there is. But the new switch has a property that it can start from closed and if there’s a proper voltage, it can separate and activate. That’s something no other switches have.”

In addition to funding the prototype microdevices — which can cost $10,000 to $30,000 per year — the NSF grant also will allow Towfighian to hire three PhD students to help with her research.

One of the anonymous reviewers of the NSF proposal said that “the proposed research has the potential of leading to the next generation of self-operated microswitches that can play an important role in safety and healthcare application (e.g. sensors in automotive, earthquake monitoring, personal healthcare monitoring) and has a great potential of impacting the MEMS sensor industry.”

The end goal for Towfighian’s research when it wraps up in 2022 will be to fabricate these devices cheaply and use them in ways currently conceived and not yet considered. Ultimately, when someone’s life is on the line and a split-second decision is needed, one of these switches could save a life.