How much sun is too much? Binghamton U. researchers develop damage scale

Some sunlight can be healthy, but too much ultraviolet radiation can cause long-term harm to your skin. 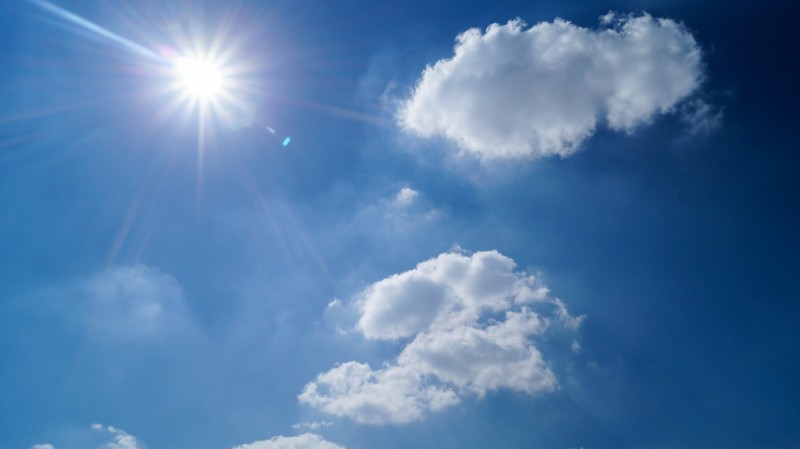 Some sunlight can be healthy, but too much ultraviolet radiation can cause long-term harm to your skin.
By Chris Kocher

Even if you did your best to prevent it, chances are you’ve suffered from some kind of sunburn this summer. Covering yourself in sunscreen and limiting your time outdoors can protect us only so much.

But what kind of ultraviolet radiation is the worst for our skin? And how exactly does the sun damage it?

Those two questions are at the heart of a new study by Zachary W. Lipsky, a biomedical engineering PhD candidate at Binghamton University’s Thomas J. Watson School of Engineering and Applied Science. The study, overseen by Associate Professor Guy K. German, was accepted in early August to the Journal of the Mechanical Behavior of Biomedical Materials.

Ultraviolet radiation – which the human eye can’t perceive – is broken down into four categories depending on wavelength and photon energy:

Previous studies have documented how each type of UV radiation penetrates to different depths into the skin and that prolonged exposure can lead to skin cancer, but exactly how it damages human skin in other ways has received less attention. Researchers from the cosmetics industry have debated for years whether UVA is worse than UVB for causing photodamage, which leads to the early onset of wrinkles and increased tissue fragility. 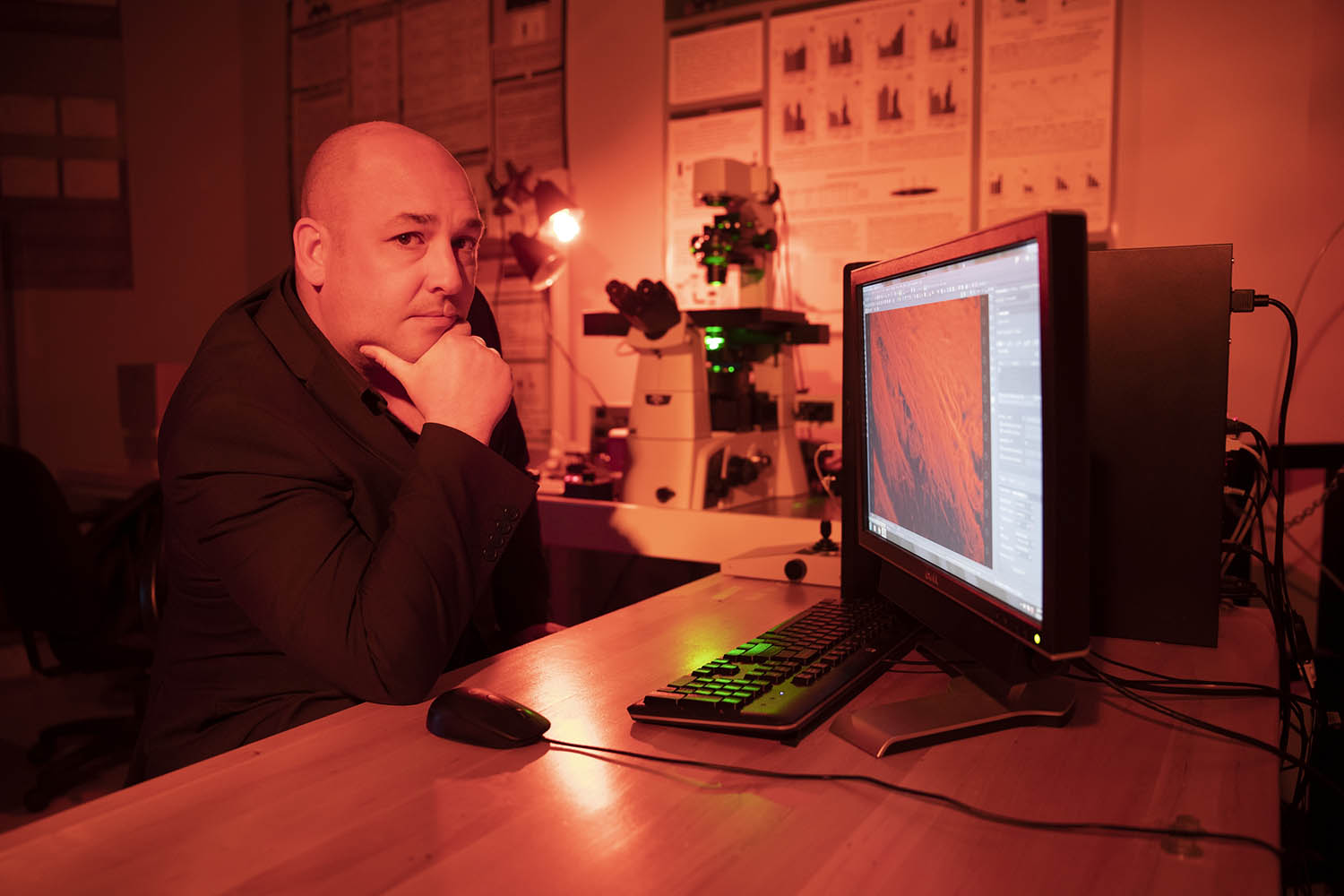 The Binghamton study used samples of female breast skin – chosen because it is typically exposed only to low levels of sunlight – that were subjected to various wavelengths of UV radiation. What Lipsky and German found is that no UV range is more harmful than another – rather, the damage scales with the amount of UV energy that the skin absorbs.

A more significant discovery, however, is the mechanism for how exactly UV damages skin. The study shows that UV weakens the bonds between cells in the stratum corneum – the top layer of skin – by affecting proteins in corneodesmosomes that help the cells to adhere together. That’s why sunburn leads to skin peeling.

“What we noticed when we applied more and more UV radiation is that the dispersion of these corneodesmosomes was increasing,” Lipsky said. “They’re supposed to be these nice little distinct points surrounding cells, but with more irradiation, they essentially look exploded, moving away from their position. We conclude that because of the disruption of these corneodesmosomes, it damages the skin’s structural integrity.”

German compared the UV damage to a common problem for homeowners: “My neighbor is always on his roof because he has six or seven chimneys. He’s always up there repointing them, and if he doesn’t, the chimney’s going to fall down. The analogy here is that the UV is chipping away at this ‘mortar’ in the skin, and eventually that ‘chimney’ will fall down. The bricks are still fine, but the mortar is rotting away.”

Building on the findings of this study, Lipsky and German are doing further research about how UV radiation affects deeper layers of the skin.

“The cosmetics industry is a huge multibillion-dollar business, and they’re all trying different things to add to their sunscreens to make them better at protecting skin,” German said. “Up until this point, however, there have been a lot of studies about skin damage, but none that properly look at how UV affects the mechanical integrity of skin.”

As those experiments continue, Lipsky said the most important takeaway for now is that skin protection is important no matter what season of the year it is: “We’re trying to push the message to use sunscreen not just for preventing skin cancer, but also to keep the integrity of your skin so you don’t get infections or other problems.

“The stratum corneum is the first barrier to the outside environment, so we need to protect it against all these different bacteria and nasty stuff that can get into our bodies.”

The study “Ultraviolet light degrades the mechanical and structural properties of human stratum corneum” will be published in print in December by the Journal of the Mechanical Behavior of Biomedical Materials. It was supported by German’s National Science Foundation CAREER Award (#1653071).