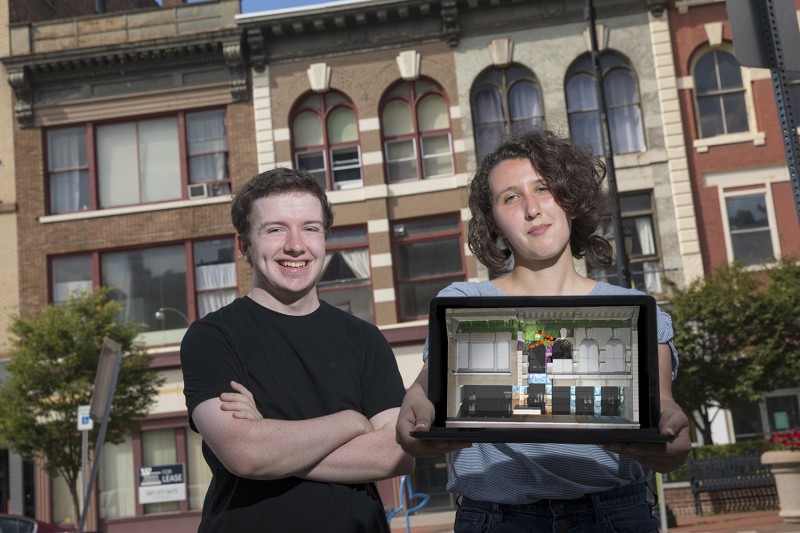 The LUMA Projection Arts Festival — celebrating its fifth year on Sept. 6-7 — draws tens of thousands of people to downtown Binghamton with dazzling animations that use the city’s buildings as canvases.

Those attending next month’s event also will get the chance to play a building-sized video game designed by two Binghamton University students and a 2019 graduate.

The 1980s-style retro games to be projected onto 75-79 Court St. are designed by computer science majors Madison Werner and Paul Tilley from the Thomas J. Watson School of Engineering and Applied Science, as well as computer science alumnus Johnathon Van Atta.

Looking to Binghamton University for programmers seemed like a natural fit, he said: “We have this incredible resource of brainpower at the University — all different kinds of brainpower, from graphic-design people to arts people, film people, theater people, lighting people and programming people. 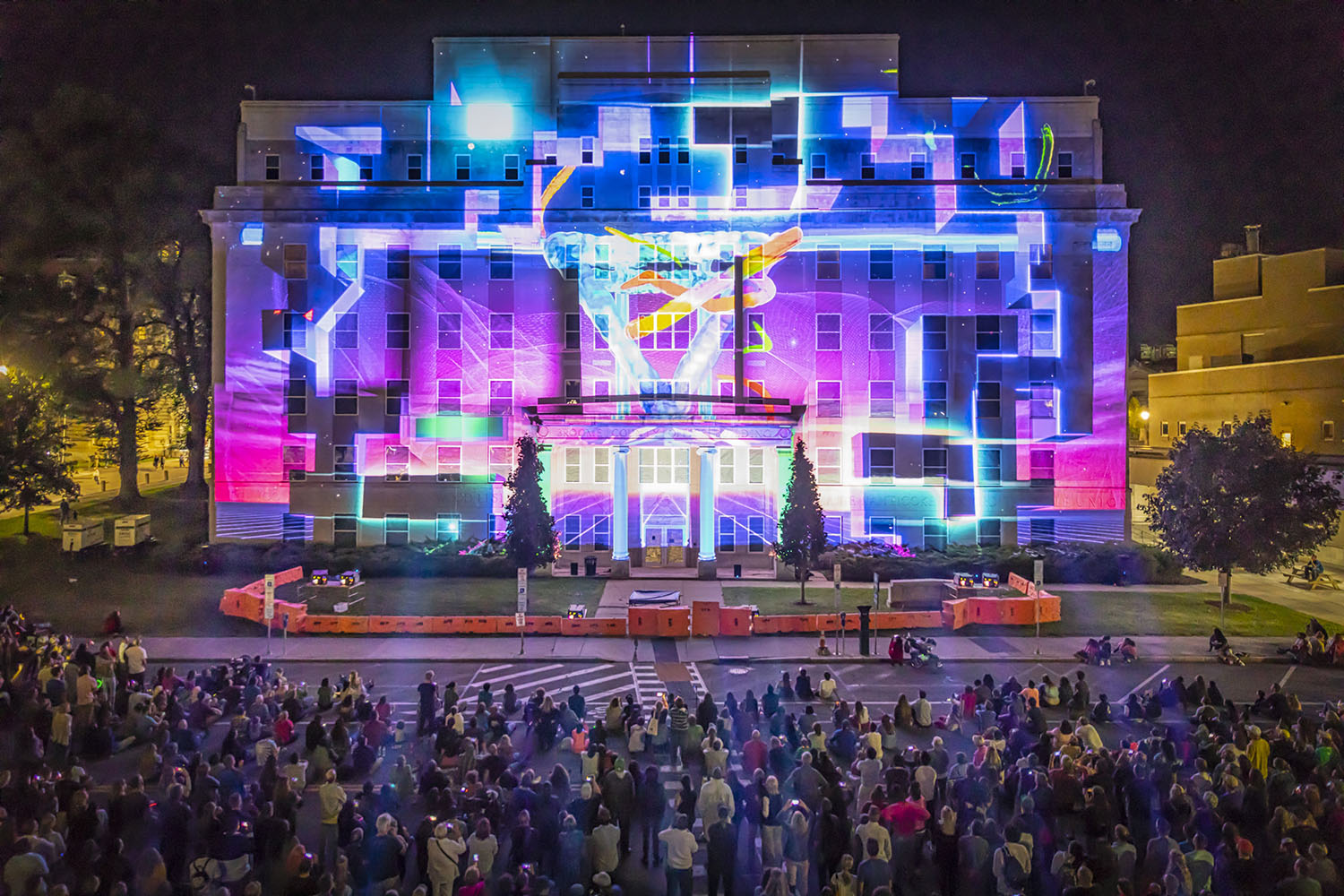 “Any time we’ve had the opportunity, we’ve tried to make connections to see who’s interested in being involved. We see it as an opportunity that goes both ways: We need people to build these incredible displays and, on the other hand, we’re working with world-class artists, which gives people the opportunity to work on another level.”

Five or so video games are planned for LUMA, and attendees to the free festival will be able to line up for the chance to play.

Most of the programming happened over the summer. Werner and Tilley both went home to the Mechanicville area (between Albany and Saratoga Springs) with a plan to meet, but ended up collaborating online instead. The games have required “a lot of trial and error” to get right.

“The hardest thing is the integration with the building,” said Tilley, a sophomore. “Johnathon created a 3D model of the building, and then we divided it into sub-segments that can move in and out to create the illusion of motion. To organize that into a game is challenging.”

Werner, a junior, is a dual computer science/math major. She got into programming, she said, because, “I really like math and someone said, ‘You should do this,’ so I signed up without a clue about what it was. I haven’t left yet — it’s pretty nice!”

For Tilley, programming runs in the family: “My dad works in computers, so I started when I was about 8. I didn’t get super-into it until the end of high school, and I’ve been at it ever since.” He’s also writing music for each game in the 8-bit style, befitting their ’80s feel.

Werner and Tilley admit that the next couple of weeks will be crunch time for getting all the games ready for LUMA while also balancing their studies at Binghamton. So far, though, Bernard has been impressed by what the Watson School students have produced.

“We have twice-a-month production meetings, and they come in and show us their progress,” he said. “These students are so focused and so enthusiastic that every time they come back, they’re showing us something really spectacular, and we’re surprised at how far they’ve come.”