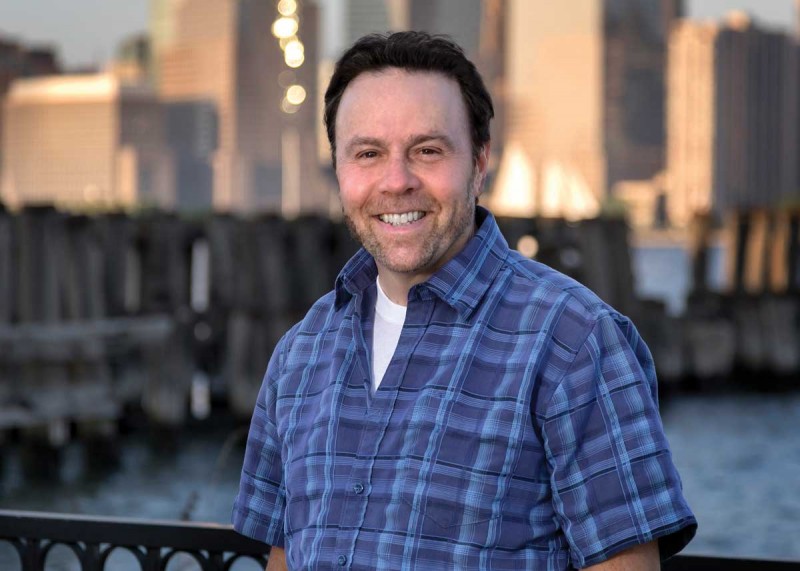 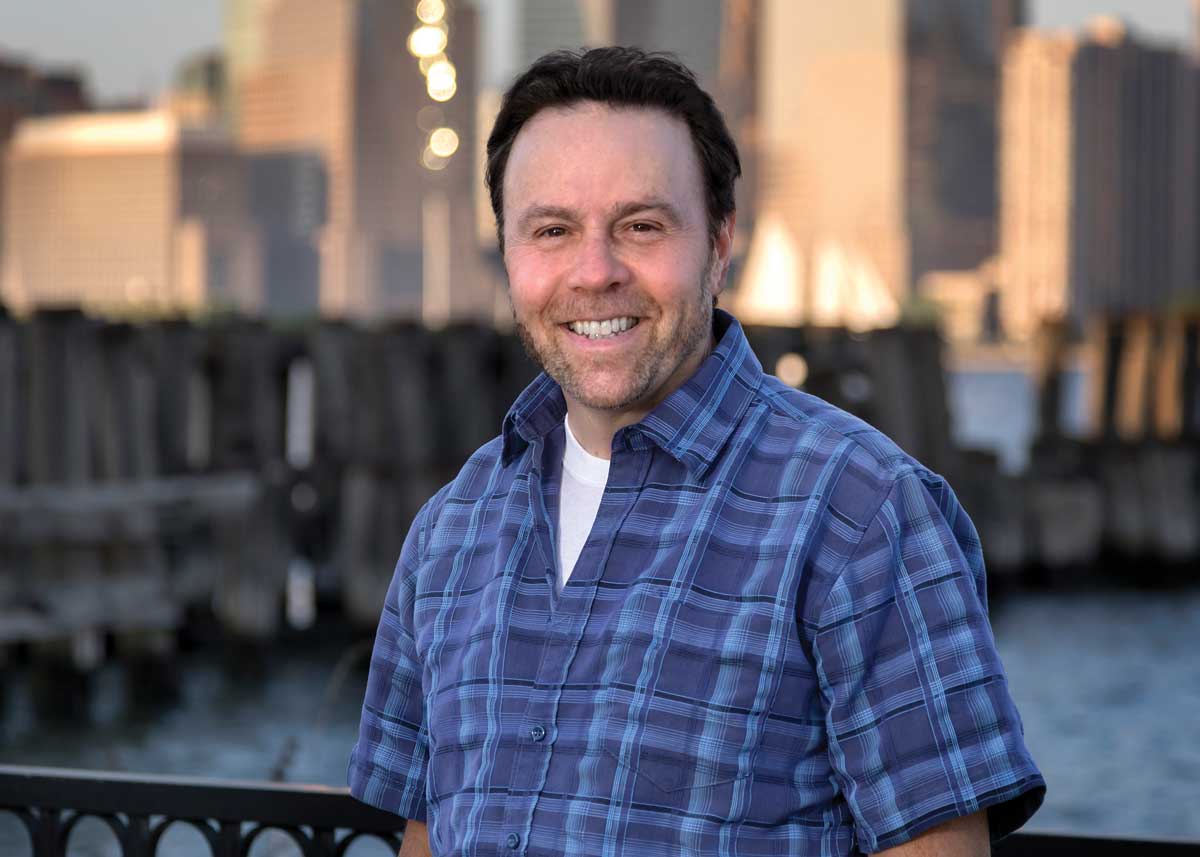 Imagine flying over New York in frigid weather in a helicopter with no doors. You brace yourself with your legs so your upper body can move just enough to lean out. You fight crosswinds and try to steady the camera for precious fractions of a second to get the killer shot.

“[After these] flights, I feel like I’ve been run over by a truck,” says Peter Alessandria ’83, a fine art and commercial photographer. “It’s so thrilling that I forget all my fear. As a kid, I’d marvel at the New York skyline. To be 1,500 feet above it is a dream come true.”

Cityscapes are a significant portion of Alessandria’s portfolio; he has published two books with images of Manhattan’s skyline. He spends a lot of time finding different angles, lighting and weather conditions so people have new views of landmarks they’ve seen for years.

To date, he has more than 70 awards for his photography. His work is shown in galleries, and he’s also an official photographer for Fireworks by Grucci.

Yet, he has no formal training.

He studied economics and business at Binghamton and got his law degree and MBA at the University at Buffalo. He then bought a one-way plane ticket to Los Angeles to fulfill his dream to become an entertainment and intellectual property attorney.​

“I became a lawyer for a couple of small independent TV and film companies. One of the perks was I’d go on set and see how movies were made,” he says. “It was fascinating. Seeing the lights and cameras sparked my creative juices.”

At first, Alessandria made short films. But when he picked up a digital still camera around 2002, he was inspired. He taught himself to shoot, took thousands of pictures and got feedback in real time from friends on the internet. When the 2008 global financial crisis hit, he had to decide his next steps.

“I came to a crossroads. I had lost my law business and the economy was in shambles. Yet I thought, ‘How can I make something positive come out of all this?’”

He pursued photography full time and documents his career transition in the new book, Be Bigger Than You Think You Are: Overcoming Our Self-Imposed Limits to Have the Life We Want.

“[Law] was never my passion,” he says. “I never got up in the morning and said, ‘I can’t wait to draft that contract.’ My worst day as a photographer is still better than my best day as a lawyer.”