Professor Bruce Murray became the chair of the Department of Mechanical Engineering at the start of the 2019-20 academic year. Image Credit: Casey Staff. 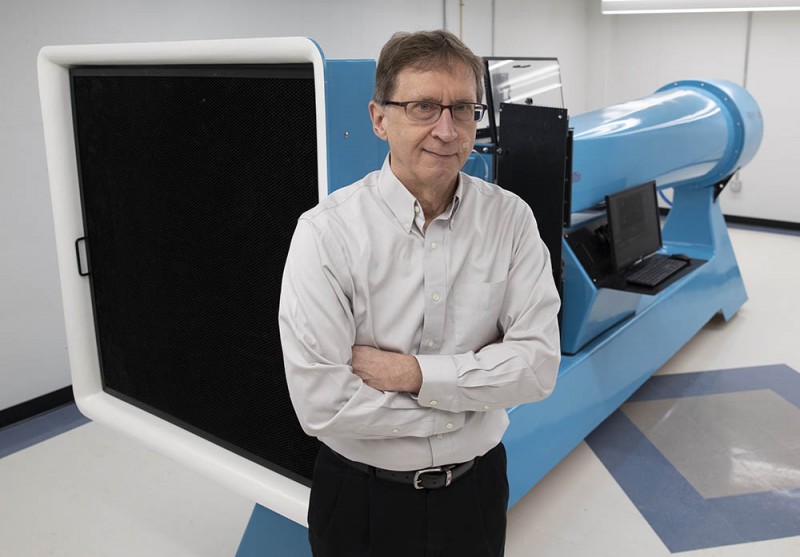 Professor Bruce Murray became the chair of the Department of Mechanical Engineering at the start of the 2019-20 academic year. Photography: Casey Staff.
By Chris Kocher

The Department of Mechanical Engineering at Binghamton University’s Thomas J. Watson School of Engineering and Applied Science started the 2019-20 academic year with a new department chair.

Professor Bruce Murray, who has been at Binghamton since 1997, took over from Distinguished Professor Ron Miles. Before joining Binghamton University, Murray was research scientist at the National Institute of Standards and Technology in Gaithersburg, Md., where he worked in the area of computational materials science. He has also held a faculty position in the Department of Mechanical Engineering and Mechanics at Lehigh University.

Murray, whose research interests are in the areas of computational modeling of convective heat and mass transfer with applications in electronics packaging and data center energy utilization, has been involved with the Energy-Smart Electronic Systems Research Center since its inception. He also works on problems in the area of mechanobiology, which involves the development of computational models to simulate the behavior of cells subject to mechanical and chemical stimuli. Currently, his research is supported by the National Science Foundation (NSF). 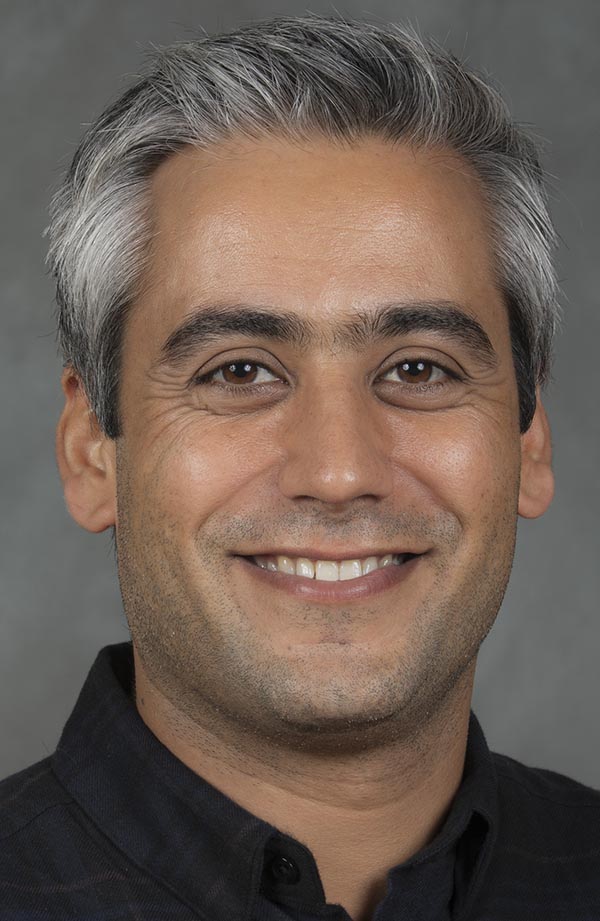 The goal is to design an early-stage ASD diagnosis combining imaging and mechanistic modeling that looks for abnormal cortical folding. Razavi hopes for better differentiation between ASD and normal brains at the early stage of cortical folding, which could lead to new treatments.

His goal is to find new alloys that form intermetallics — metal alloys with defined crystal structures — onto silicon with thermal properties that can dissipate heat more quickly than materials in current use. Anyone who has had a computer or cellphone overheat will appreciate what the research is seeking to accomplish.

Associate Professor Shahrzad “Sherry” Towfighian continues her research on MEMS (microelectromechanical systems), which involves microscopic devices with moving parts. MEMS are used in a variety of everyday devices such as accelerometers, gyroscopes, pressure sensors and switches.

She received a $429,134 National Science Foundation grant for a three-year study at Binghamton’s MEMS and Energy Harvesting Laboratory to make MEMS self-powered through the use of triboelectricty collected from friction between two microsurfaces.

The NSF also awarded Towfighian, Miles and PhD student Mark Pallay a $480,958 grant to find a more reliable way to use actuators that control MEMS. The team discovered that combining two methods for electrostatic actuation — parallel-plate and levitation actuators — led to a predictable linearity that neither of those systems offered on its own.

During the 2018-19 academic year, the Binghamton Motorsports team (a chapter of the Society of Automotive Engineers) competed in the SAE International Collegiate Design Series for the first time with a fully internal-combustion engine alongside over 100 schools from around the world. In previous years, student teams competed in the Formula SAE Electric and Hybrid competitions