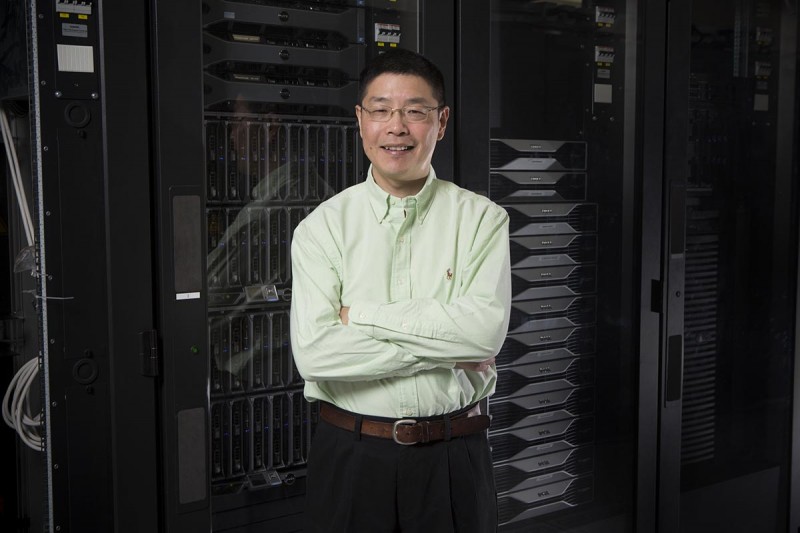 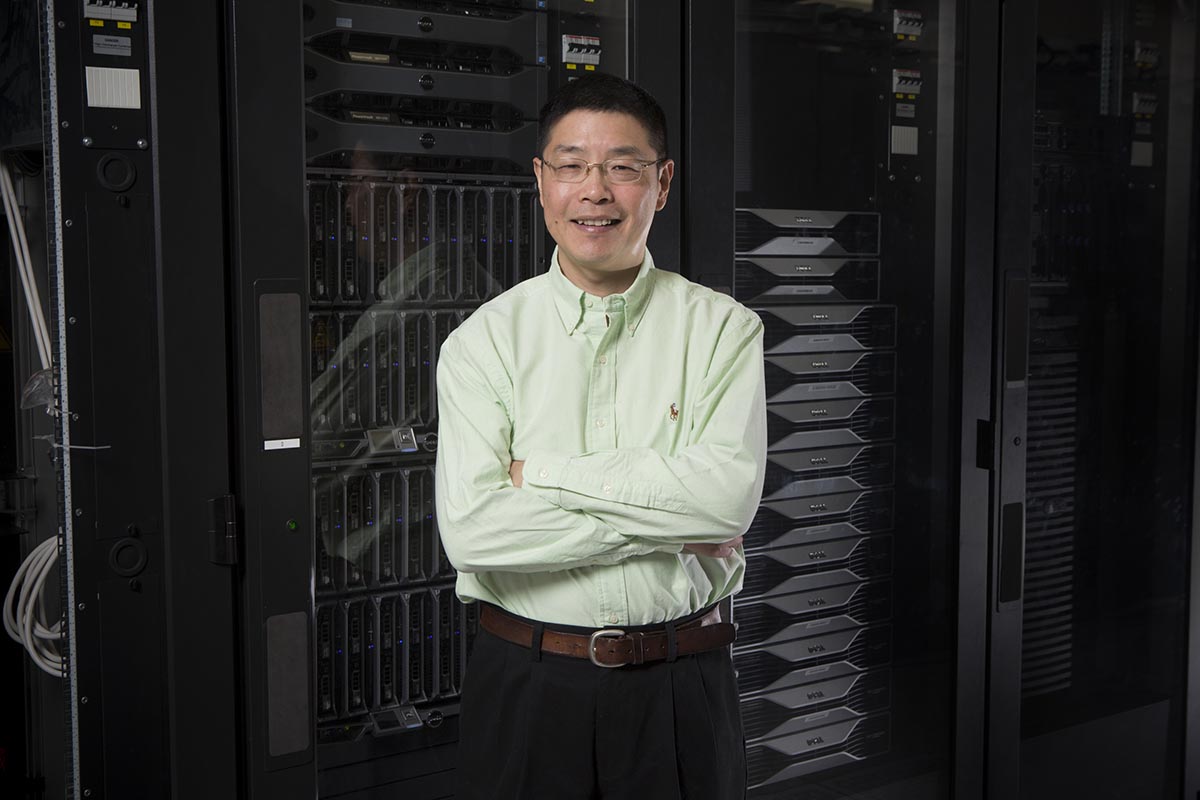 Professor Zhongfei "Mark" Zhang has been named an IEEE fellow for his work in computer science. Image Credit: Jonathan Cohen.
By Chris Kocher

Zhongfei “Mark” Zhang, a professor in the Department of Computer Science at Binghamton University’s Thomas J. Watson School of Engineering and Applied Science, has been named an Institute of Electrical and Electronics Engineers (IEEE) fellow “for contributions to multimodal data content understanding and mining.”

IEEE is the world’s largest association of technical professionals, with more than 423,000 members in over 160 countries. It is a leading authority on a wide range of areas from aerospace systems, computers and telecommunications to biomedical engineering, electric power and consumer electronics.

Zhang directs the Multimedia Research Laboratory at Binghamton, and has published more than 200 peer-reviewed academic papers in international journals and conferences. He also has authored or co-authored two monographs, edited or co-edited two books, earned more than 20 patents, and served as a grant review panelist for governmental and private funding agencies such as the National Science Foundation (NSF) and NASA.

According to IEEE, “the grade of fellow is conferred by the IEEE board of directors upon a person with an outstanding record of accomplishments in any of the IEEE fields of interest. IEEE fellow is the highest grade of membership and is recognized by the technical community as a prestigious honor and an important career achievement.”

“Two things have fundamentally revolutionized the whole discipline of computer science — and also the rest of the world,” he said.

“One is Big Data — the scale, diversity and impact of the data. Twenty years ago, we didn’t have the data in the scale and the diversity that we have now. The second thing is that the computing power also has substantially changed in a revolutionary way. For example, now we have GPU [graphics processing unit] machines — that is something we would not even be able to imagine 20 years ago.”

Before coming to Binghamton, Zhang earned his bachelor and master of science degrees at Zhejiang University in Hangzhou, China, and received his PhD at the University of Massachusetts Amherst. He then worked as a researcher and faculty member for the University at Buffalo.

In his two decades here, he has seen growth in both Watson’s computer science faculty and its reputation among educators and researchers.

“I love the environment in the department,” Zhang said. “People are very friendly, very nice. It’s very collegial, and everyone is very supportive of your work. I have been to bigger departments at other institutions, and I saw that the environments there were way more political. I didn’t like that.

“Also, my students are very nice. I’m very fortunate that the great majority of students I recruited are very good, so I enjoy working with them.”