Easter Island society did not collapse prior to European contact, new research shows 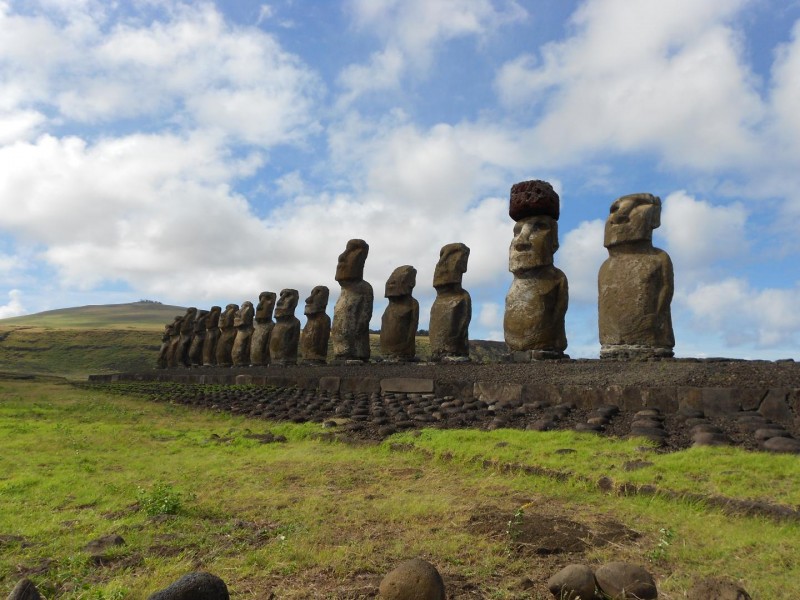 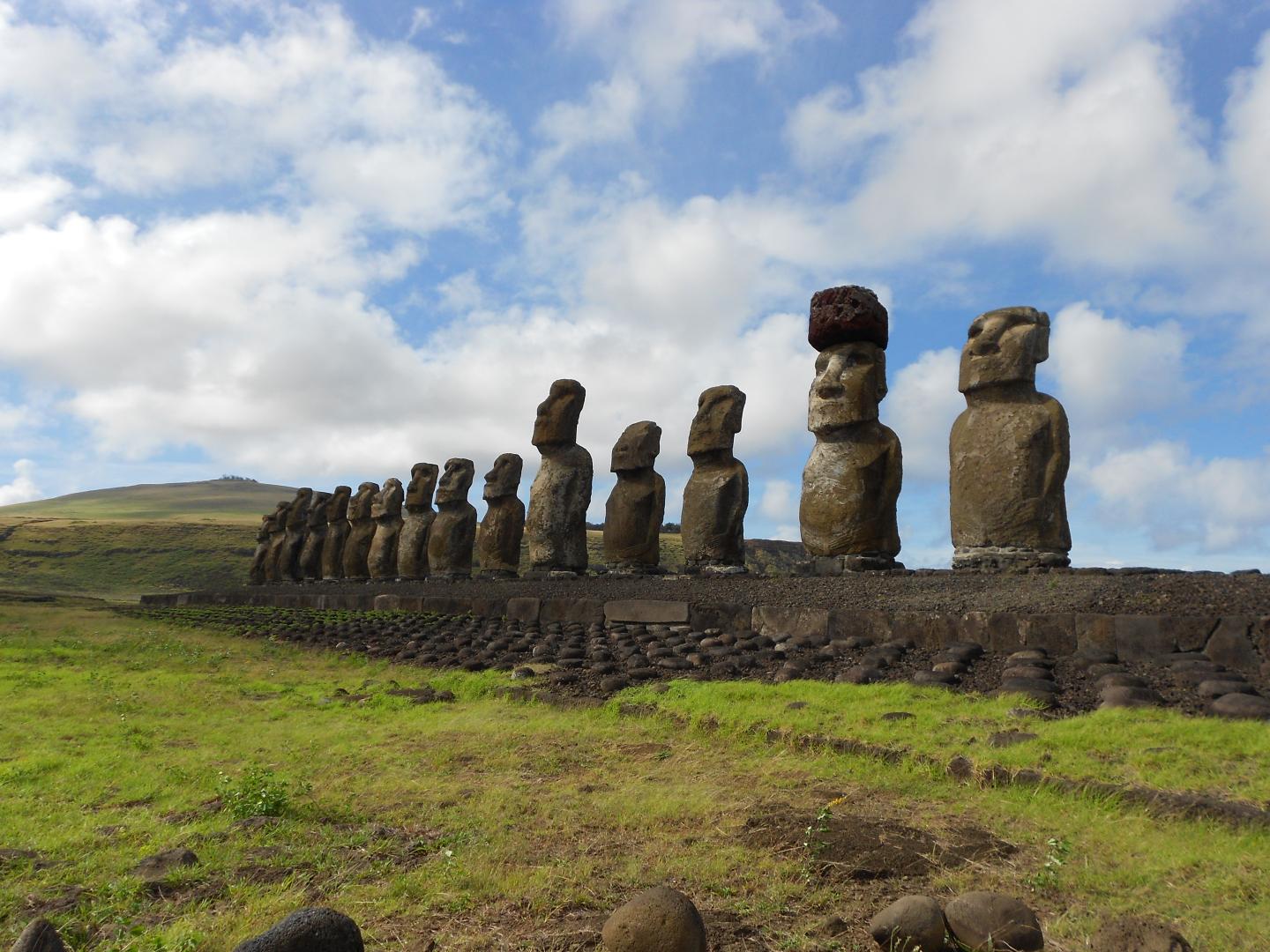 This is a restored statue platform with standing moai on the south coast of Rapa Nui. Image Credit: Sean Hixon.

BINGHAMTON, N.Y. – Easter Island society did not collapse prior to European contact and its people continued to build its iconic moai statues for much longer than previously believed, according to a team of researchers including faculty at Binghamton University, State University of New York.

The island of Rapa Nui is well-known for its elaborate ritual architecture, particularly its numerous statues (moai) and the monumental platforms that supported them (ahu). A widely-held narrative posits that construction of these monuments ceased sometime around 1600, following a major societal collapse.

“Our research flies in the face of this narrative,” said Carl Lipo, an anthropologist at Binghamton University. “We know, of course, that if we are right, we really need to challenge ourselves (and the archaeological record) to validate our arguments. In this case, we thought to look carefully at the tempo of construction events associated with large platforms.”

The researchers, led by the University of Oregon’s Robert J. DiNapoli, examined radiocarbon dates, relative architectural stratigraphy and ethnohistoric accounts to quantify the onset, rate and end of monument construction as a means of testing the collapse hypothesis.

“Archaeologists assign ages to the archaeological record by getting what are known as radiocarbon dates,” said Lipo. “These dates represent the amount of time since some organisms (a bush, tree, etc.) died. Assembling groups of these dates together to look at patterns requires some sophisticated statistical analyses that have only recently been available to archaeologists. In this paper, we use these tools to provide the first-ever look at the history of platform construction on Easter Island.”

The researchers found that construction of these statues began soon after colonization and increased rapidly, sometime between the early-14th and mid-15th centuries, with a steady rate of construction events that continued beyond European contact in 1722.

“What we found is that once people started to build monuments shortly after arrival to the island, they continued this construction well into the period after Europeans arrived,” said Lipo. “This would not have been the case had there been some pre-contact “collapse”— indeed, we should have seen all construction stop well before 1722. The lack of such a pattern supports our claims and directly falsifies those who continue to support the ‘collapse’ account.

“Once Europeans arrive on the island, there are many documented tragic events due to disease, murder, slave raiding and other conflicts,” he added. “These events are entirely extrinsic to the islanders and have, undoubtedly, devastating effects. Yet, the Rapa Nui people — following practices that provided them great stability and success over hundreds of years — continued their traditions in the face of tremendous odds. The degree to which their cultural heritage was passed on – and is still present today through language, arts and cultural practices — is quite notable and impressive. I think this degree of resilience has been overlooked due to the “collapse” narrative, and deserves recognition.”

The researchers believe that their model-based approach to test hypotheses regarding the chronology of collapse can be extended to other case studies around the world where similar debates remain difficult to resolve.

The paper, “A model-based approach to the tempo of collapse: The case of Rapa Nui (Easter Island),” was published in the Journal of Archaeological Science.