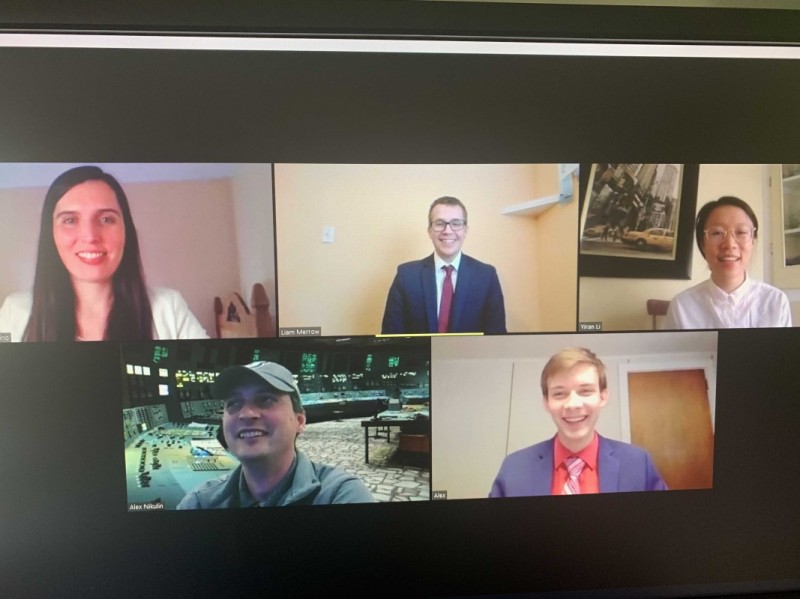 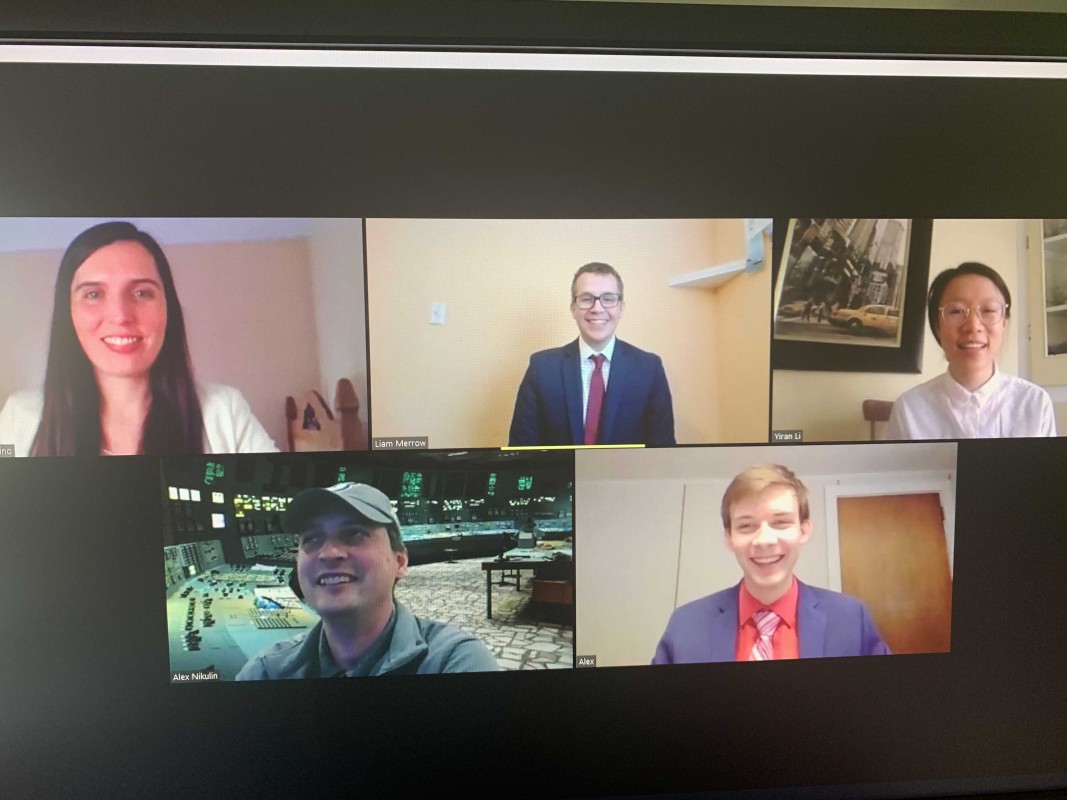 As it headed into the American Association of Petroleum Geologists’ Imperial Barrel Award competition, Binghamton University’s team knew it had some obstacles to overcome.

For one, a global pandemic meant that the team would need to coordinate its efforts for the second half of the competition online. The team was also shorthanded, with four team members rather than the usual five.

The team came in second in the Eastern Regional competition, placing between the energy powerhouse schools of Penn State, which came in first, and West Virginia, in third. It’s also an improvement on the team’s third-place finish last year.

“This work is very tedious and very demanding, but it is also very rewarding. Being able to use what I have been learning in all of my classes on a real-life problem/scenario is invaluable,” Merrow said.

The IBA competition is a big deal in the geoscience world, noted the team’s mentor, Assistant Professor Alex Nikulin. It draws more than 500 university teams from 81 countries to compete for the grand prize. They first compete in 121 regional contests, with those dozen first-place winners going on to the finals.

But don’t let the second-place win fool you: By way of analogy, Binghamton’s silver-medal finish is the equivalent of the Bearcats making it to the second round of March Madness, Nikulin said.

“The teams from traditional energy powerhouse universities that participate in this competition are backed by considerable resources, including access to state-of the art software and hardware, and academic and technical support,” he pointed out. “Our students had to figure out every aspect of the project on their own, from obtaining and properly loading datasets, to interpreting geological and geophysical surveys, to putting together a remote presentation for expert judges, who awarded them the 2020 silver medal.”

“It’s truly an incredible accomplishment, especially at a time like this, and I could not be more proud of the 2020 IBA team,” Nikulin said.

IBA teaches skills integral to careers in the energy industry, with a particular focus on hydrocarbon exploration. The team receives a data set, consisting of geological and geophysical observations over an area of interest, which it processes to give an integrated interpretation of regional geology, as well as detailed descriptions of the “prospects,” which are areas where oil and gas could potentially accumulate in the subsurface. In the end, the team presents to a panel of judges, which assesses the team’s understanding of the prospect’s hydrocarbon potential geological risk factors.

The competition truncates these tasks, which would take months or even years in the industry, into an eight-week marathon for participating university teams. Team members conducted hours of research to figure out dataset properties, understand the geological history of the basin, and ultimately produce an interpretation. They also used industry-grade software, which they learned by reading manuals, along with a hefty dose of trial and error.

“The fact that we had only a few weeks to conclude such a big project was definitely useful to learn how to organize time and establish priorities, and how to create a clear presentation for others to understand your workflow,” reflected Vizcaino, who had six years’ experience working for the industry before pursuing her master’s degree.

For Li, the greatest lesson lay in the balance between the technical details and the overarching project goal. Tasks required different skill sets, which were then divided among the teammates.

“There is always something to improve with every aspect of the project, and it was tough to decide when or how to conclude a task so each product is at its best state without holding up the overall workflow,” said Li, adding that the insight from this experience can be applied to future projects regardless of discipline.

The opportunity presented Kerstanski with an introduction to the oil and gas industry — and influenced his own path within geology.

“The competition is something that I will never forget and it certainly has helped me acquire new skills that will be most definitely very useful for my professional career,” he said.