$345,000 grant to explore how to alter paper's mechanical properties for biomedical applications 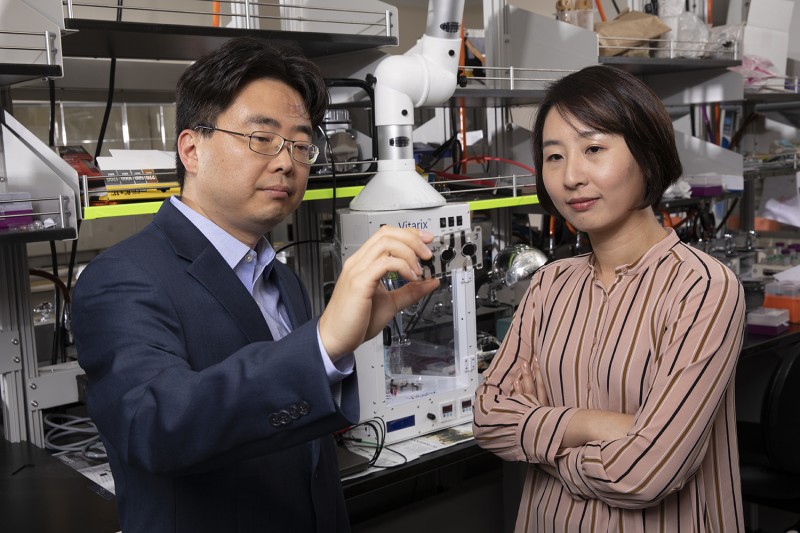 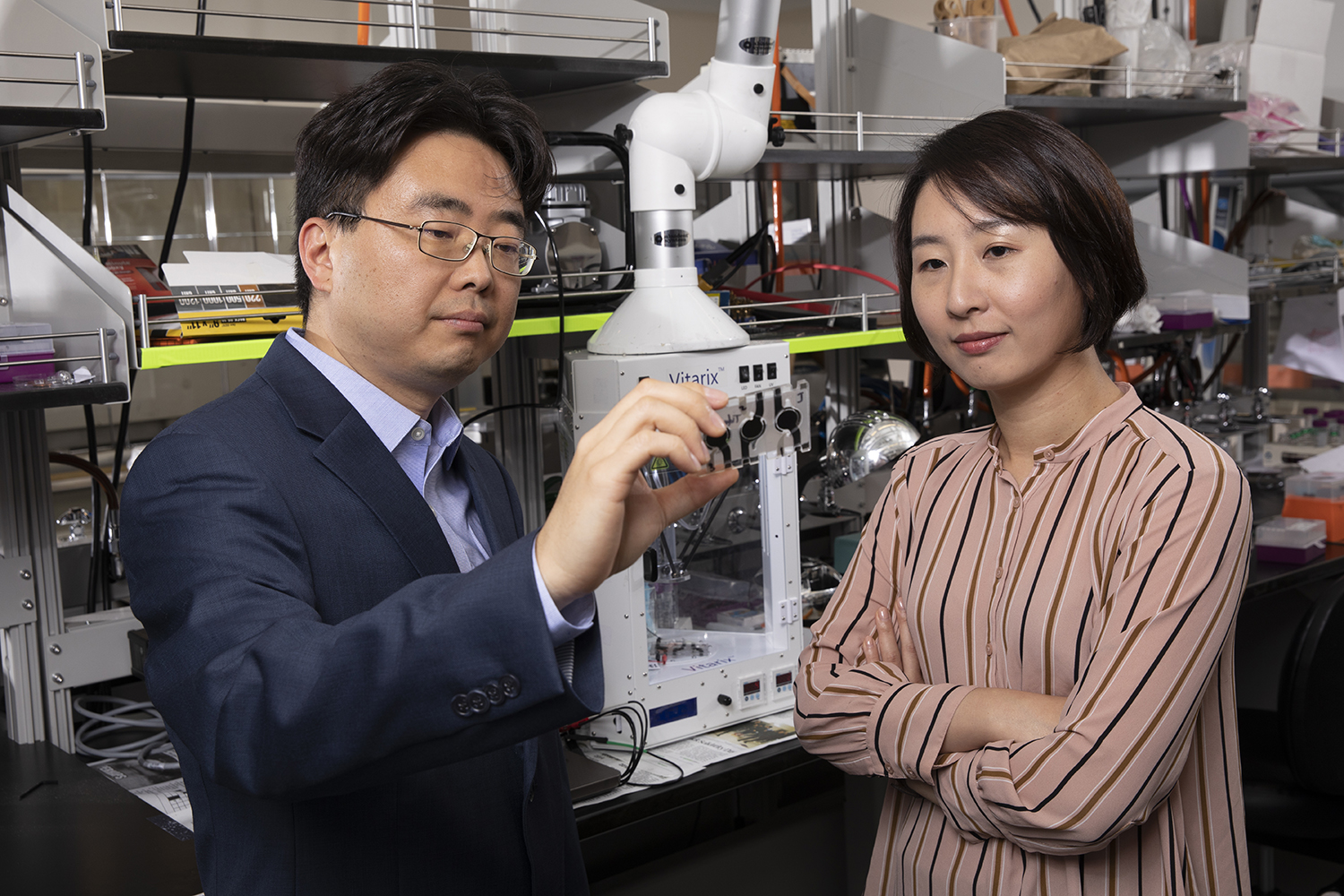 In the last decade, paper-based electronics — also known as “papertronics” — have evolved into an eco-friendly alternative because of physical and chemical characteristics such as their light weight, biocompatibility, biodegradability, low-cost manufacturing and foldability.

One thing that current papertronics can’t do, however, is stretch. That can limit its usefulness for biomedical applications both outside and inside the human body.

The researchers see this new papertronics project as a way to bring together their two areas of expertise.

“I believe this stretchable paper will be much better than other materials like textiles in terms of mass fabrication, because we can use any paper manufacturing processes such as roll-to-roll printing, screen printing and dipping,” Choi said. “Many functional inks have nanoparticles or synthetic polymers that can be integrated into the paper for specific functions.”

Koh considers this research as a necessary first step to developing stretchable papertronics: “Once we complete these projects, we will evolve into more specific medical or environmental applications. First we want to provide the fundamentals so that every other scientist can jump in and gain the advantages of these new materials.”

Both professors praised the atmosphere of the Watson School, which not only encourages collaborations within departments but also transdisciplinary research like this one. Koh — who arrived at Binghamton four years ago — calls Choi a “mentor” and inspiration for her own endeavors, while he admires her energy and enthusiasm about her research.

“Knowing that a senior faculty member has been there developing his research program and to learn about how to be an independent researcher has been really helpful to me,” she said. “That also inspired me to create a new idea by knowing his research through conversations.

“The departments are very close physically in one building complex, and that fosters communication and ideas.”