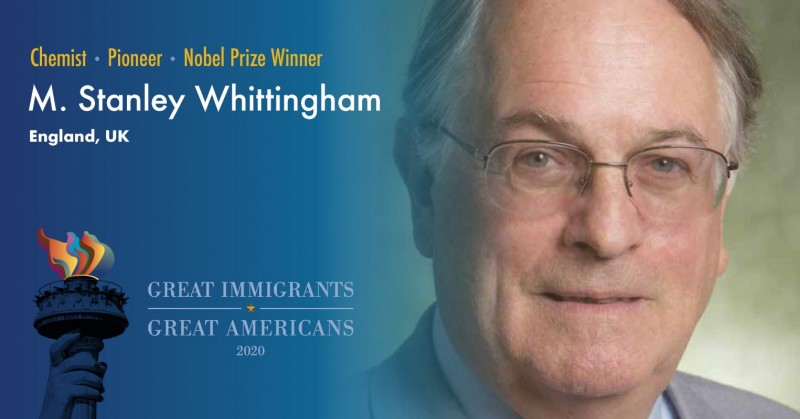 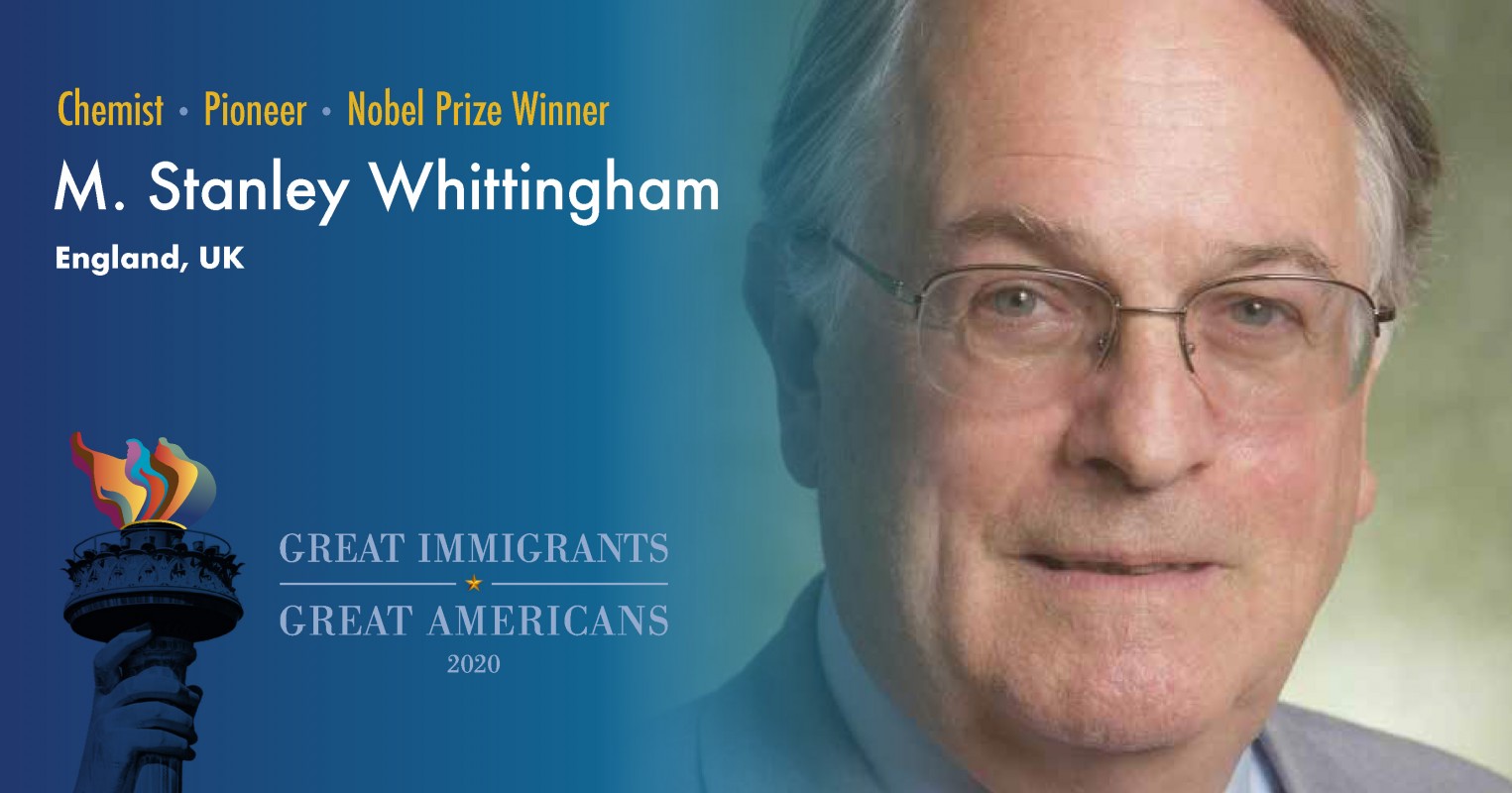 M. Stanley Whittingham, a 2019 Nobel Laureate and distinguished professor at Binghamton University, has been named to the Carnegie Corporation of New York’s 2020 list of “Great Immigrants, Great Americans.”

The Carnegie Corporation of New York released its annual list of Great Immigrants today, honoring 38 naturalized citizens who have enriched and strengthened our nation and our democracy through their contributions and actions. Each Fourth of July since 2006, the philanthropic foundation has invited Americans to celebrate these exemplary individuals by participating in its online tribute “Great Immigrants, Great Americans.”

Whittingham won the 2019 Nobel Prize in Chemistry for pioneering research leading to the development of the lithium-ion battery.

“I came to America to pursue my research interests, and I’m happy that I found myself working at organizations and institutions that empowered me to conduct research that felt impactful,” said Whittingham. “I am honored to be included in a group of such outstanding American immigrants.”

“Professor Whittingham is a shining example of the great things that immigrants can contribute to our world — his 2019 Nobel Prize win is evidence of that — and we are beyond proud to have him at our University,” said Binghamton University President Harvey Stenger.

The Great Immigrants initiative is a tribute to the legacy of Andrew Carnegie, a Scottish immigrant who rose from poverty to become a leading industrialist. Carnegie founded more than 20 philanthropic organizations, including Carnegie Corporation of New York, a grantmaking foundation established in 1911 to advance the causes of democracy, education and international peace. As part of the public awareness campaign, the corporation has honored more than 600 outstanding immigrants whose stories can be viewed through its online database.

The 2020 honorees, who mark the 15th class of Great Immigrants, will be recognized with a full-page public service announcement in The New York Times on July 4 and through a social media tribute.

For more information, contact Celeste Ford, director of external relations at the Carnegie Corporation of New York, at cfc@carnegie.org or 646-772-2917.