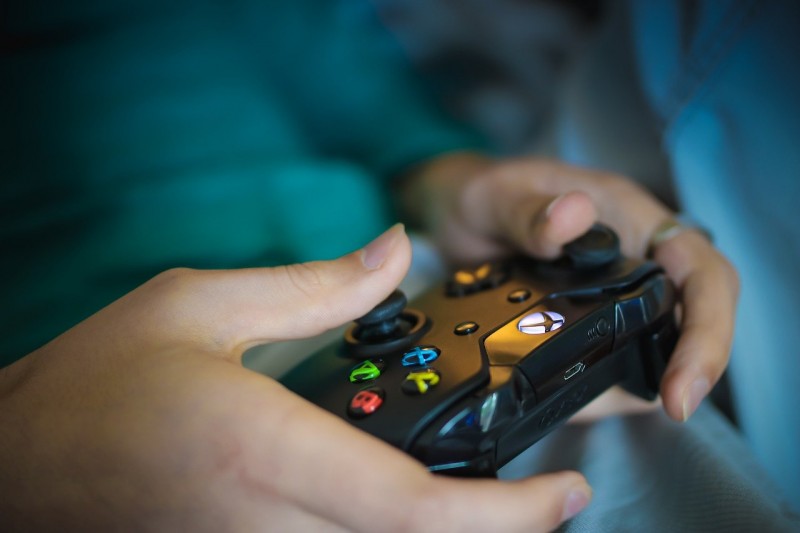 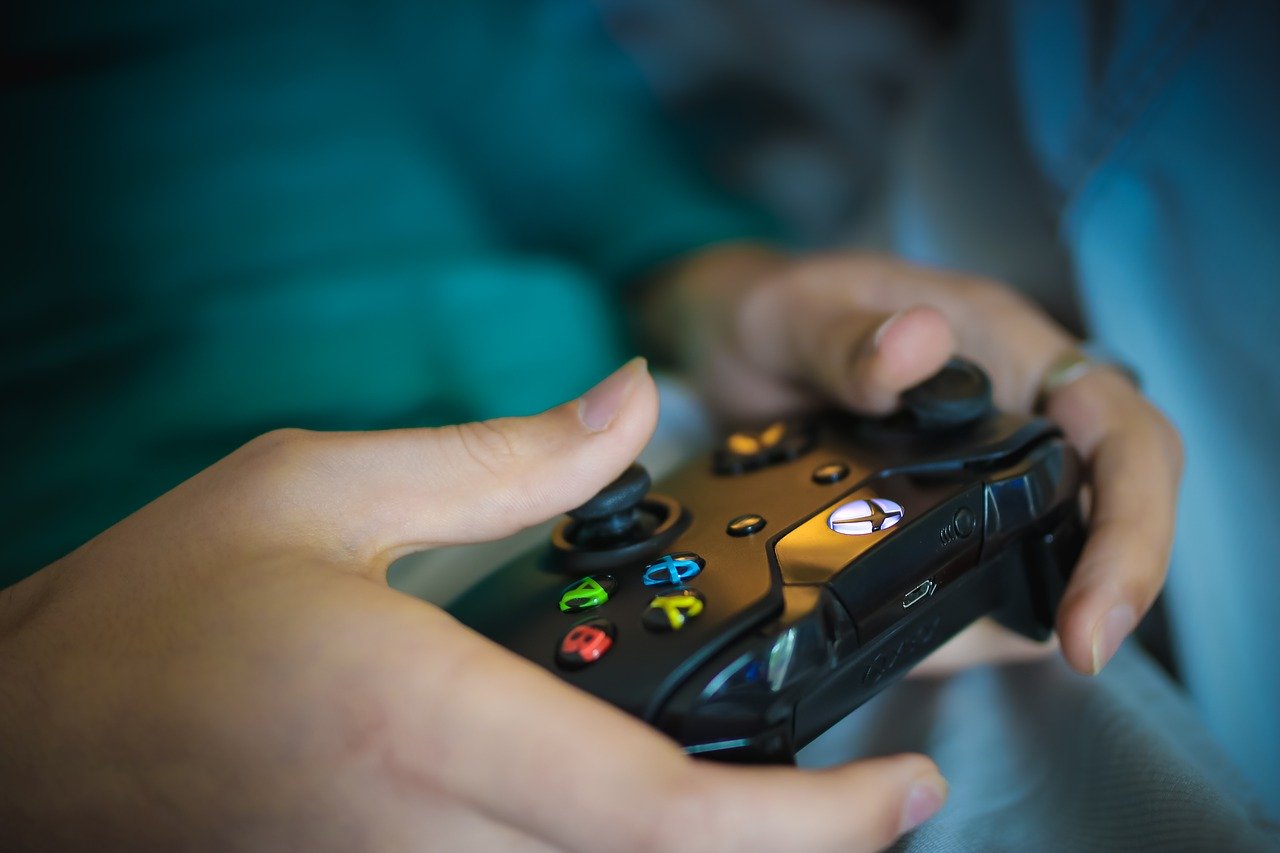 A stock photo of a version playing a video game. Image Credit: Pixabay.
By Jennifer Micale

The coronavirus pandemic has shifted many of our interactions online, with Zoom video calls replacing in-person classes, work meetings, conferences and other events. Will all that screen time damage our vision?

Maybe not. It turns out that our visual perception is highly adaptable, according to research from Psychology Professor and Cognitive and Brain Sciences Coordinator Peter Gerhardstein’s lab at Binghamton University.

Gerhardstein, Daniel Hipp and Sara Olsen — his former doctoral students — will publish “Mind-Craft: Exploring the Effect of Digital Visual Experience on Changes in Orientation Sensitivity in Visual Contour Perception,” in an upcoming issue of the academic journal Perception. Hipp, the lead author and main originator of the research, is now at the VA Eastern Colorado Health Care System’s Laboratory for Clinical and Translational Research. Olsen, who designed stimuli for the research and aided in the analysis of the results, is now at the University of Minnesota’s Department of Psychiatry.

“The finding in the work is that the human perceptual system rapidly adjusts to a substantive alteration in the statistics of the visual world, which, as we show, is what happens when someone is playing video games,” Gerhardstein said.

The research focuses on a basic element of vision: our perception of orientation in the environment.

Take a walk through the Binghamton University Nature Preserve and look around. Stimuli — trees, branches, bushes, the path — are oriented in many different angles. According to an analysis by Hipp, there is a slight predominance of horizontal and then vertical planes — think of the ground and the trees — but no shortage of oblique angles.

Then consider the “carpentered world” of a cityscape — downtown Binghamton, perhaps. The percentage of horizontal and vertical orientations increases dramatically, while the obliques fall away. Buildings, roofs, streets, lampposts: The cityscape is a world of sharp angles, like the corner of a rectangle. The digital world ramps up the predominance of the horizontal and vertical planes, Gerhardstein explained.

Research shows that we tend to pay more attention to horizontal and vertical orientations, at least in the lab; in real-world environments, these differences probably aren’t noticeable, although they likely still drive behavior. Painters, for example, tend to exacerbate these distinctions in their work, a focus of a different research group.

Orientation is a fundamental aspect of how our brain and eyes work together to build the visual world. Interestingly, it’s not fixed; our visual system can adapt to changes swiftly, as the group’s two experiments show.

The first experiment established a method of eye tracking that doesn’t require an overt response, such as touching a screen. The second had college students play four hours of Minecraft — one of the most popular computer games in the world — before and after showing them visual stimuli. Then, researchers determined subjects’ ability to perceive phenomena in the oblique and vertical/horizontal orientations using the eye-tracking method from the first experiment.

A single session produced a clearly detectable change. While the screen-less control group showed no changes in their perception, the game-players detected horizontal and vertical orientations more easily. Neither group changed their perception in oblique orientations.

We still don’t know how temporary these changes are, although Gerhardstein speculates that the vision of the game-playing research subjects likely returned to normal quickly.

“So, the immediate takeaway is the impressive extent to which the young adult visual system can rapidly adapt to changes in the statistics of the visual environment,” he said.

In the next phase of research, Gerhardstein’s lab will track the visual development of two groups of children, one assigned to regularly play video games and the other to avoid screen-time, including television. If the current experiment is any indication, there may be no significant differences, at least when it comes to orientation sensitivity. The pandemic has put in-person testing plans on hold, although researchers have given a survey about children’s playing habits to local parents and will use the results to design a study.

Other research groups who have examined the effects of digital exposure on other aspects of visual perception have concluded that long-term changes do take place, at least some of which are seen as helpful.

Helpful? Like other organisms, humans tend to adapt fully to the environment they experience. The first iPhone came out in 2008 and the first iPad in 2010. Children who are around 10 to 12 years old have grown up with these devices, and will live and operate in a digital world as adults, Gerhardstein pointed out.

“Is it adaptive for them to develop a visual system that is highly sensitive to this particular environment? Many would argue that it is,” he said. “I would instead suggest that a highly flexible system that can shift from one perceptual ‘set’ to another rapidly, so that observers are responding appropriately to the statistics of a digital environment while interacting with digital media, and then shifting to respond appropriately to the statistics of a natural scene or a cityscape, would be most adaptive.”