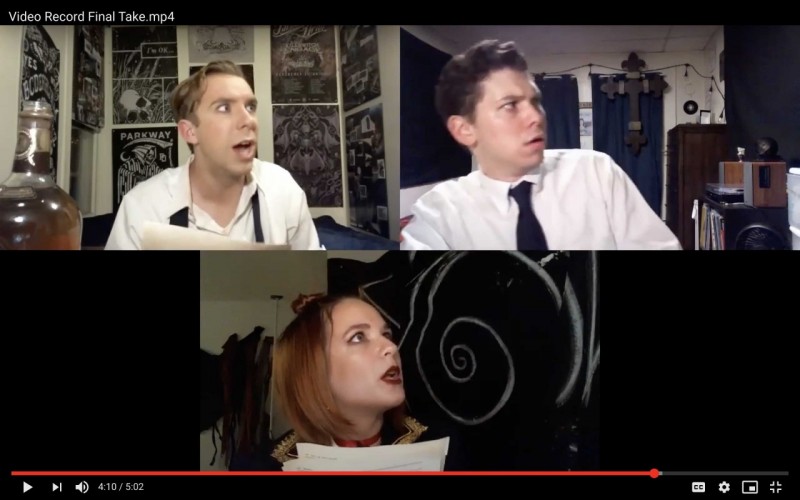 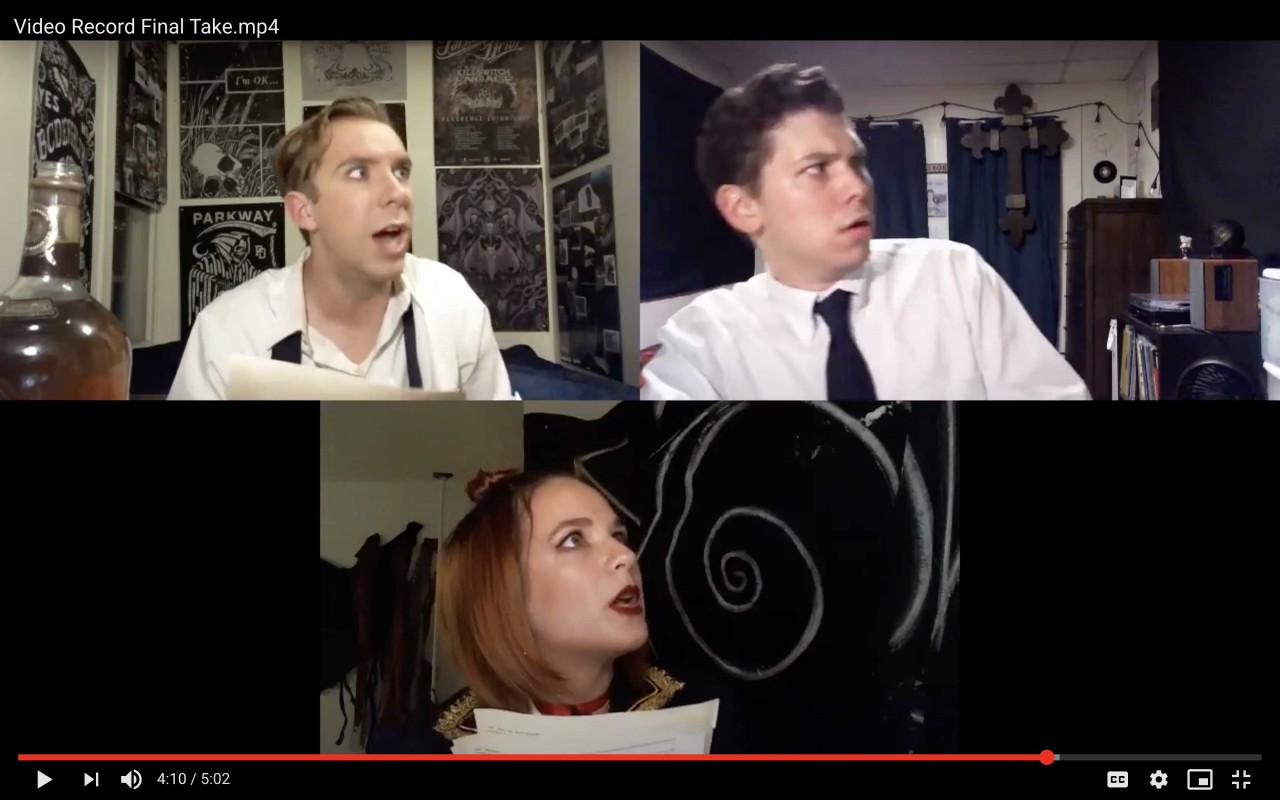 The Bard was no stranger to pandemics.

William Shakespeare was born as the bubonic plague raged across Europe. Later on, as a London-based actor and playwright, he would have witnessed repeated resurgences of the plague, which shuttered theaters and killed his countrymen.

Digital platforms would be a brave, new world for Shakespeare, but he likely would have understood why Binghamton University’s theater program is performing an adaption of Macbeth online this semester.

The new format is also a first for Tom Kremer, who has nearly 50 years of directing experience. Body language and movement — essential to so much of live theater — had to give way to the text itself, the beauty and power of Shakespeare’s words.

The play is an adaptation, driven by factors that predate the pandemic. When it was originally slated for last spring, Macbeth was up against a large musical; Kremer instead reworked the play to reduce the number of players from 26 to 10. There are other changes, too.

“So much is about Macbeth himself, ‘Should I do this? Should I not do this?’ The picture that came to my mind was that cartoon image of the two angels sitting on the shoulder,” he said.

Enter the witches — into nearly every scene. Kremer also assigned the witches some of Macbeth’s lines, voicing his interior conflict as he decides on a course of action.

The show must go on

The original cast had only 10 days of rehearsal this spring before Binghamton University shifted to online classes due to the emerging pandemic. Most of that cast has returned for this production, including several alumni, although Kremer had to recast a few roles.

Playing Lady Macbeth is alumna Christine Skorupa, who graduated in May with a theater major and education minor.

“Being in my own space without many people around has actually given me a different kind of space and perspective to explore Lady Macbeth and what she’s saying,” Skorupa said. “Being alone with only a webcam and Zoom room to speak to others actually challenges me to use only the text to affect my fellow actors, and that helps me connect to every single line she says even more, with extra weight and urgency.”

Actors will be performing from their homes via video feeds. In lieu of a traditional set, software will put the separate boxes into specific layouts with backgrounds incorporating the panels, such as castles and forests.

“We don’t traditionally have much video in theater, so this isn’t a normal part of our tool set,” said stage manager advisor Kate Dial, whose background encompasses both Broadway and corporate events. In fact, digital theater productions are similar to what’s happening in the corporate world right now with online events, she said.

Rehearsing online has its challenges, including Internet lag and service disruption, said senior theater major Connor Brannigan, who is playing one of the witches. An online stage also means that the actors can’t make eye contact in scenes, which forces them to become more creative in terms of expression.

“There’s also the fact that we really won’t be able to tell that an audience is there at all, so the special magic of going on a crazy journey with strangers in the room won’t be there — but we hope to create a different kind of magic,” he said. “On-camera acting is also a subtler medium, so that removes some of the pressure to make physicality readable from the cheap seats.”

Working behind the scenes to ensure the show’s success are stage manager John Knitter with assistant stage managers Klaire Martinez and Bian Suzuki-Wolf. Lighting advisor Tim Thistleton has taken on the video design with his team, and that collaboration is one of the stars of the show. Crew members have provided tutorials to the actors, who will have to complete tasks that range from makeup to lighting.

As Lady Macbeth, Skorupa must set up tapestries and other set pieces in her performance space — a rolling chair by her nightstand. She must also manage props, such as a faux light-up candle, daggers and blood (this is Macbeth, after all), and multiple costume changes.

“It’s essentially the same process that we would all go through if we were on the Binghamton Mainstage, except we have to put it together ourselves without any physical help from the crew,” she said.

Some of the preparations were still done on campus, including costume and prop creation. Costume fittings required a wide-open space, along with masks and gloves that were changed between students, said Kassie Kelso, who graduated in May with a theatre degree and rejoined the program this fall as a costume shop assistant. For additional safety, garments needed to either sit for 48 hours or spend time in a steamer closet before they could be worked on.

The witches will don heavy makeup, along with intricately detailed costumes designed by Kelso that are sure to be a treat, Brannigan said.

“I’ll be performing in the corner of my kitchen, right next to the refrigerator. I’m not admitting that I chose this spot for easy access to snacks, but I won’t deny it either,” he quipped.

Kremer appreciates his cast’s adaptability and enthusiasm, even in such chaotic times. As the saying goes: The show must go on.

“The students are a super group. I couldn’t have gotten luckier,” he said.