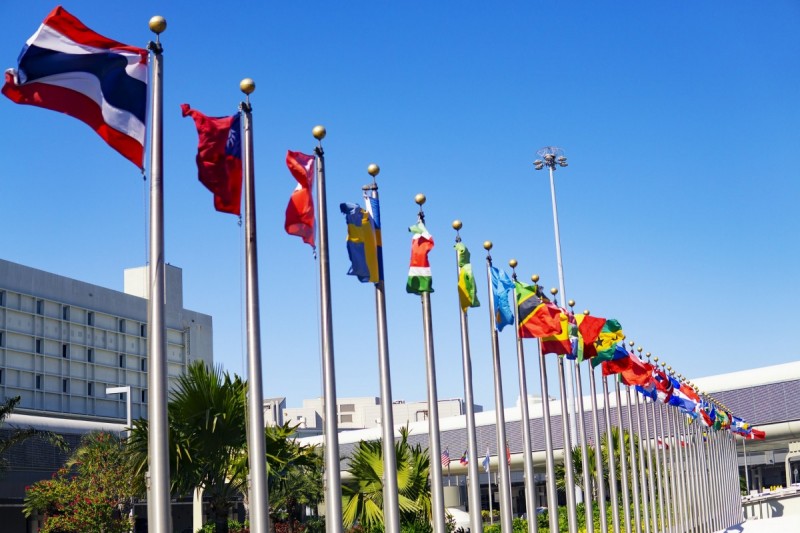 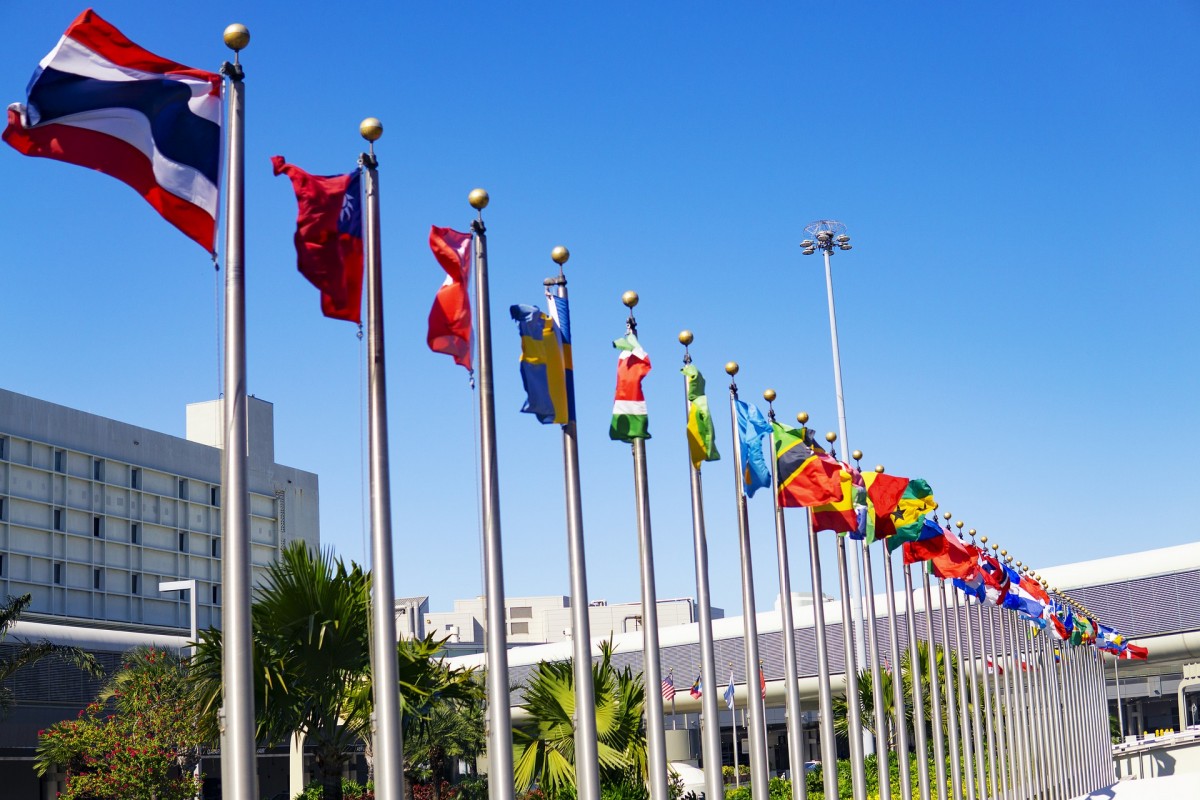 International flags flying outside a meeting of the United Nations. Image Credit: Pixabay.
By Jennifer Micale

A new leader takes office and foreign rivals begin to test the waters. How tough is this new leader? Are they willing to risk war, or just full of bluster?

This testing can escalate crises, increasing the risk of war as international adversaries gauge the new leader’s willingness to use force. A new paper shows that when this “turnover trap” occurs depends a good deal on the politics back home, and the nature of the leader’s transition into office.

“What makes this a ‘trap’ is that both leaders would prefer to not actually go through the costly process of real military conflict. But for the foreign rival, the potential benefits of forcing a weak new leader into concessions are so tempting that they will behave in ways that risk a real conflict,” Licht explained. “And, for the new leader, the risks of being ‘outed’ as lacking in resolve and consequently having to offer large concessions are so great that they also will act more aggressively than a more experienced leader of similar resolve would feel free to do.”

In democratic societies, leaders typically serve for set terms, which means that new presidents and prime ministers are usually very secure in their jobs. “Democratic heirs” who are of the same party or coalition as their predecessor may be assumed to follow the same decision-making processes as the previous leader and face fewer challenges as a result.

The situation changes when there is a significant shift in the governing party: in other words, a “democratic challenger.” Foreign adversaries are eager to learn more about this new leader; combined with the typical stability of democratic government style and term lengths, that may prompt a “turnover trap” situation soon after the leader takes power.

Authoritarian governments, on the other hand, have different domestic considerations. After a chaotic and violent overthrow, a new authoritarian leader often needs to secure their power and eliminate rivals at home. Foreign adversaries may also consider testing an “authoritarian challenger” to be a waste of time, since the new leader may not stay in power long.

“Authoritarian heirs” who come to power in a relatively secure regime are more likely to look beyond their borders and face international challenges.

“Rather than being constrained to serve the same constituencies, as a democratic heir to power would be, an autocratic heir is free to operate as they please,” Licht said. “This means that they may be a target for probes from rivals, and that they know it.”

The analysis also revealed something else: Whether democratic or authoritarian, leaders face fewer incidents of the turnover trap as they and their foreign opponents learn more about each other’s resolve.

“As time goes on, escalation of a conflict is less likely because both sides know what the other is willing to do,” Licht said.

The research wasn’t sparked by a particular leader or conflict, but as a general exploration of the workings of governmental power transitions. In another paper, Wu and Wolford establish turnover as opening up an information trap; Licht’s work, on the other hand, suggests that the turnover type matters. This most recent publication integrates the two perspectives.

Examples of the principles in action, however, do exist. The paper offers one example of an autocratic heir: Syrian President Bashar al-Assad, who inherited the regime from his father in 2000. Initially considered a genteel, Western-educated physician, he has since proven his willingness to engage in war.

Or consider the 2017 Twitter exchanges between U.S. President Donald Trump, a democratic challenger, and North Korean Kim Jong-Un, another autocratic heir who inherited a regime from his father. Their initial interactions followed the path of probing and bluster at the center of the turnover trap.

While often ignored by theories that deal with war and conflict, domestic politics really do play a role in international affairs, often in complicated, nuanced ways, Licht pointed out.

The research also shows that the voting public has an important voice in a democratic country’s trajectory. The stability and broad coalitions in democratic institutions often lead scholars to expect that a change in democratic leaders rarely matters when it comes to international issues such as trading patterns, willingness to uphold alliance commitments or the termination of economic sanctions.

“From the perspective of democratic citizens who want their vote to be able to affect what policies their government pursues, that’s a pretty upsetting thing to think about,” Licht said. “In contrast, our paper suggests that when democratic publics vote out an administration this creates real change, but this change comes with an increase in the danger of undesirable conflict.”