Company offers aid to students through sponsorships, scholarships and more

The Binghamton Motorsports Formula team benefits from IBM support and prominently displays the company's logo on its vehicle. 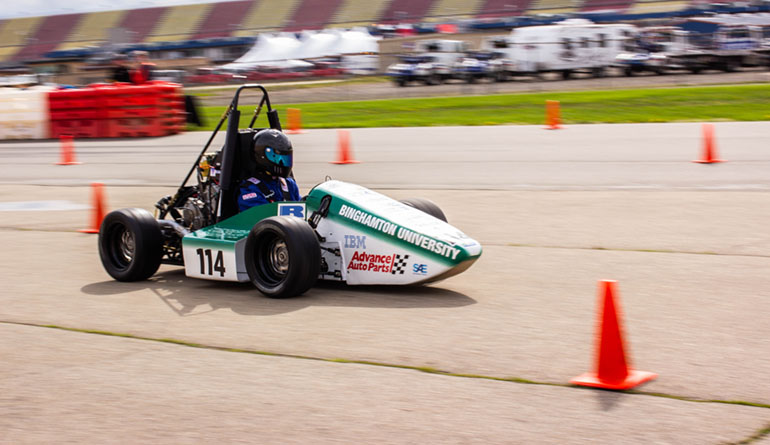 The Binghamton Motorsports Formula team benefits from IBM support and prominently displays the company's logo on its vehicle.
By Chris Kocher

If you want to see the connections between IBM Corp. and the Thomas J. Watson College of Engineering and Applied Science, you need to look no further than the name of the school itself.

In the early 1980s, IBM Endicott executives were among those who pushed for Binghamton’s School of Advanced Technology to become a true engineering school, and the Thomas J. Watson School of Engineering and Applied Science was born in 1983. In August 2020, it was renamed a college to reflect the growth in faculty, students, staff and research over the past decades. IBM’s support for Watson College continues today through monetary donations, student internships, shared projects and advice on how to improve the next generation of STEM workers. 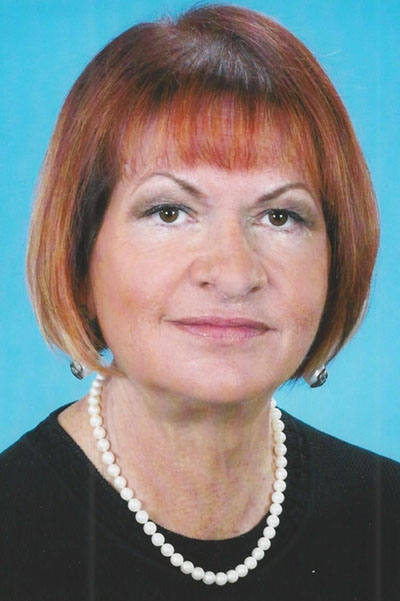 Mary O’Malley-Trumble, MBA ’99, is the senior location executive for IBM Endicott. She has been part of Watson College’s advisory board since 2015, which keeps her connected to what students and faculty are doing. (Binghamton’s Center for International Business Advancement also has her on its advisory board.)

“The college and IBM are intertwined for a lot of reasons, so we have a strong community partnership,” says O’Malley-Trumble, who has worked at the company for 35 years. “That’s one reason why IBM sponsors student projects, Engineers Week and Girls Who Code because they really are applicable to our key initiatives.”

Supporting Girls Who Code, a national nonprofit that connects college mentors to high school students for computer coding workshops, is a company-wide initiative for IBM. It was founded in 2012 by Reshma Saujani, and more than 50,000 elementary, middle school and high school students nationwide have taken part in its programs since then.

“The corporation has a very deep commitment to supporting and increasing women’s involvement in STEM, both in primary and secondary education, and that’s to make sure there’s a pipeline of female talent for years to come,” O’Malley-Trumble says.

“Girls Who Code drives its mission to change the equation and close the gender gap and to get young women interested in coding. They’re an amazing group of women — they have passion, they support through training, they inspire young women in high schools to choose a career in technology and be role models for the future.”

The idea behind sponsoring student groups and projects — which also includes SAE, Mars Rover, the Society of Women Engineers, the Society of Hispanic Professional Engineers and Hyperloop — isn’t about publicity, but rather supporting initiatives that align with IBM’s own.

“We sponsor because we believe in that initiative and what it will bring for leadership opportunities, business skills and more,” O’Malley-Trumble says. “There are innovative ways that students are working on specific projects that are incredible.”

Another role that she performs is helping to oversee the distribution of undergraduate scholarships funded by endowments established when the Watson School started. It’s one more way that she and IBM keep connected to students. “I get to meet with those scholarship recipients, and they write me very nice letters about what year they’re in and what they’re doing,” she says. “I’ve seen the quality of the students and their ability to communicate not just with other students but also with faculty and businesspeople. Each year gets better and better.”

When students are ready to join the workforce, either as interns or employees, IBM potentially can offer roles in dozens of locations nationwide, and even more around the world. IBM Endicott’s engineering focus is mainly on its IBM Z mainframe computers (along with intellectual property law, accounts payable, payroll and other functions), there are myriad other IBM divisions where Watson students can use their skills in cybersecurity, artificial intelligence, cloud computing and more.

When thinking about IBM’s role in a community, O’Malley-Trumble cites the words of Thomas J. Watson Jr., himself a titan in the tech world and IBM CEO after his father stepped down: “Corporations prosper only to the extent that they satisfy human needs. Profit is only the scoring system. The end is better living for us all.”

“We know that corporate citizenship is good for business, it’s good for strong communities, it builds strong schools — it all goes hand in hand,” she says. “That is directly tied to jobs and economic growth. The University is a major player in this region, and we want to be a part of it.”