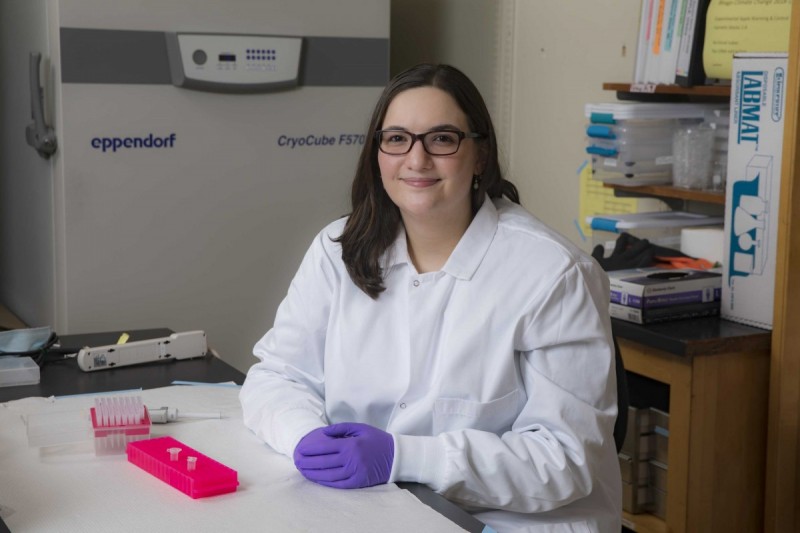 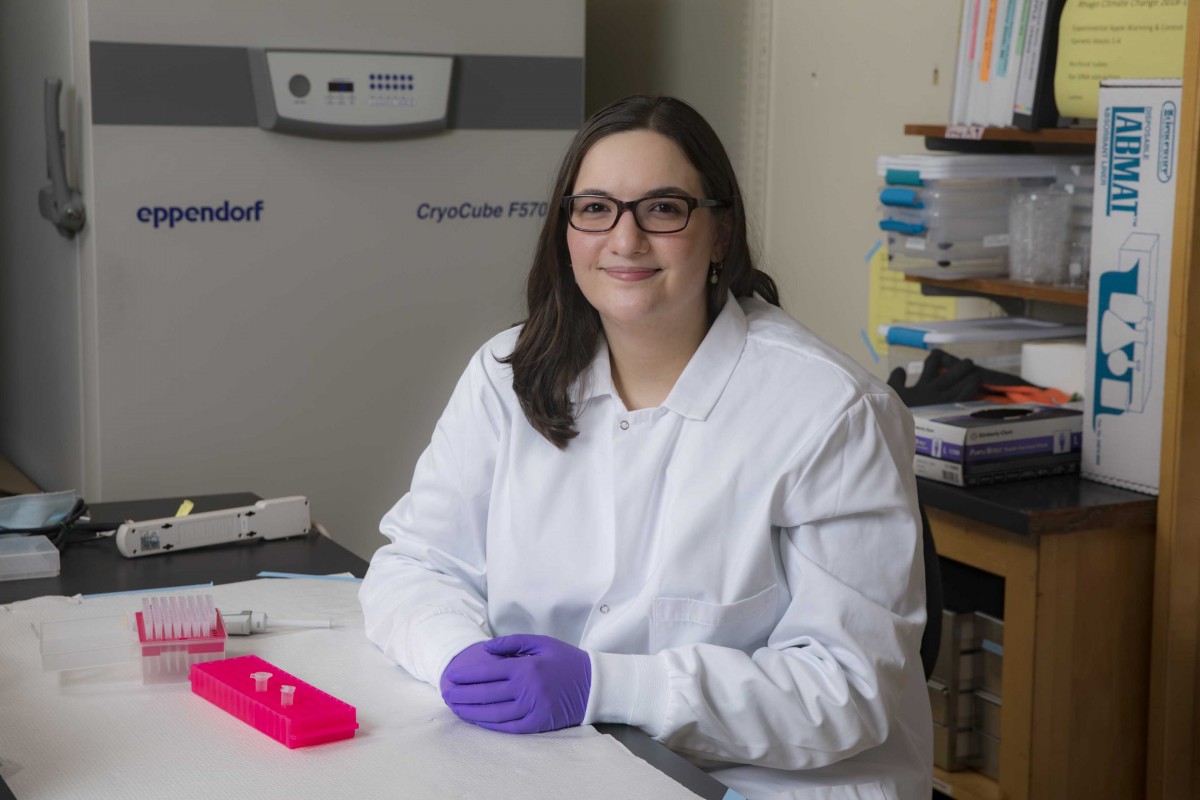 The seed money supports researchers focused on wildlife conservation or related fields of North American fauna. Quartuccia will use the funding to support her dissertation fieldwork this summer, when she plans to collect five worker ants from 30 different colonies in 10 northeastern deciduous forests.

She studies population-level genetic variation in the lab of Thomas Powell, assistant professor of biological sciences. His research focuses on understanding the origin and maintenance of biodiversity — specifically plant-feeding insects and how environmental changes affect evolutionary responses leading to speciation, the evolutionary process where populations evolve to become distinct species, and adaptation.

“One of the things that Gabby is doing well as an innovative young researcher and biologist is blurring the lines between biological processes at ecological and evolutionary scales,” Powell said. “Gabby’s dissertation work is moving us toward a more nuanced understanding of how new species form and how newly formed diversity plays out in ecosystems.”

Quartuccia was a natural fit for Powell’s lab based on her experience and interests in evolutionary genetics and speciation biology. As an undergraduate student at the University at Buffalo, she examined the evolution of brown, black and polar bears using computer modeling. After graduating with a biological sciences degree in 2016, she worked as a veterinary assistant and research technician in a cardiometabolic genomics lab.

Researching ants was not on Quartuccia’s radar until she joined Powell’s lab. Several wildflower seed-dispersing ants in the genus Aphaenogaster are closely related genetically and so similar in appearance that the boundaries between “species” are often unclear. These ants are responsible for up to 74% of ant-mediated seed dispersal events in the northeastern United States, which means they help shape ecological outcomes of deciduous forests. Add in climate change, deforestation and other human interference, and there are a lot of potential reasons why these ants may be in a state of “incomplete speciation.”

“They were a system that Tom had known about and had questions about in the back of his mind, and so he posed the system to me,” Quartuccia said. “I ran with it because it hits all of the things that I’m interested in. It just kind of fell into my lap, and I’ve grown to love working with ants.”

The Manhattan native had not conducted any fieldwork before she arrived at Binghamton three years ago. Her first day in the field came with a tick bite and a steep learning curve.

“She is a city girl at heart and had some initial trepidation about going out in the woods, but now she’s doing all this ant research by herself in state forests several hours away,” Powell said. “She’s really grown as a natural historian and field biologist, and is doing an amazing job.”

Quartuccia is not sure yet whether she wants to focus on research, teaching or both once she completes her degree, but she does know that she wants to work somewhere she can inspire the next generation of scientists, especially women.

“I wish I had had that exposure when I lived in the city,” she said.