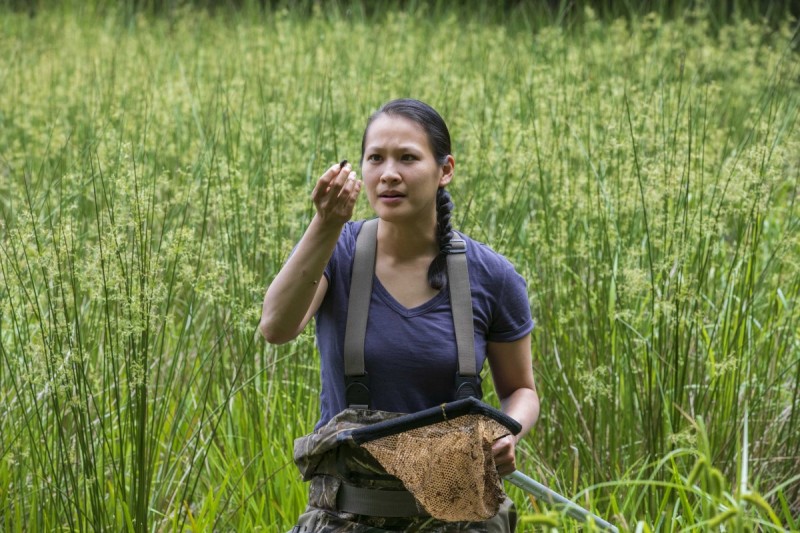 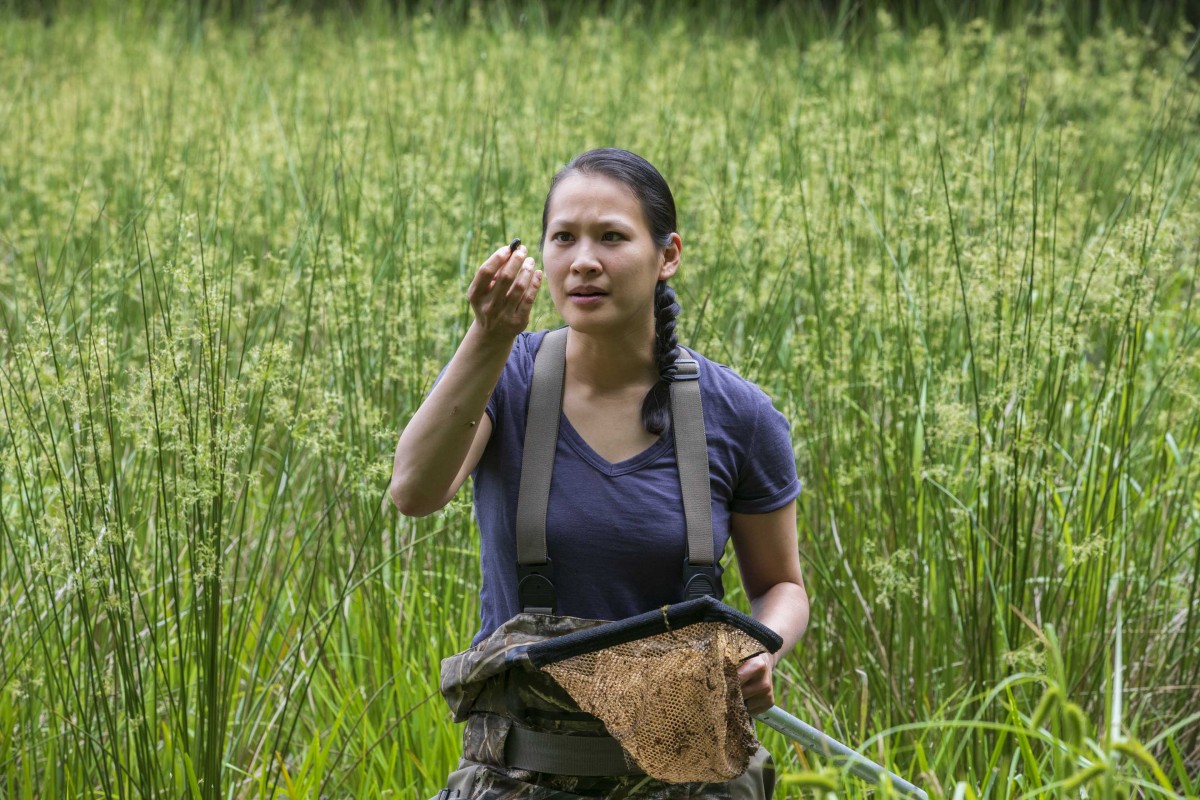 Associate Professor of Biological Sciences Jessica Hua’s career is a bit like the wetlands she studies.

The interdisciplinary, liberal arts education she received during her undergraduate years created a vibrant ecosystem that supported her later doctoral and postdoctoral research projects. Her research has hatched and thrived, and has now resulted in a National Science Foundation Career Award.

The $947,030 grant runs through February 2027, and goes toward Hua’s research on evolutionary disease ecology, which explores whether evolutionary responses to environmental change can modify the biodiversity-disease relationship.

“It’s the community that the University has built that really helped make this come about,” Hua said of the award. “I have a very supportive department and I am surrounded by really amazing students and colleagues.”

The grant seeks to answer a broad question: Why are some communities more susceptible to disease than others? Generally, communities with higher levels of biodiversity are expected to be less vulnerable to disease. However, this is not always the case.

This grant supports Hua’s research that aims to better understand why biodiversity does not always protect communities from disease. To address this goal, the research will examine amphibian communities, specifically focusing on wood frog populations.

With calls sounding a bit like ducks, wood frogs are the first frog species to emerge in the springtime. They begin breeding as soon as the weather warms in March or April.

Hua began researching wood frogs during her graduate studies at the University of Pittsburgh, exploring the strategies that wood frogs use to respond to chemical pollution from agricultural runoff.

Discoveries from Hua’s past work led directly to the focus of this grant: Do differences in pesticide tolerance strategies influence why biodiversity does not always protect communities from disease?

This work provides a different perspective on the relationship between biodiversity and disease. Typically, when we think of biodiversity, we tend to envision the wide range of different species that make up a healthy ecosystem. But diversity also exists within species, such as the variation in pesticide tolerance mechanisms. This more cryptic within-species variation may play a major role in community disease outcomes, but our understanding is currently limited.

Much of the funding will go to a team of personnel that will travel to the field sites to collect multiple amphibian species and culture pathogens, and connect with our local community via an educational component.

The education component will feature a citizen science program in partnership with WSKG, the local National Public Radio affiliate, and the Roberson Museum and Science Center in Binghamton.

Local teachers and third-grade students will learn how to collect data and survey ponds for biodiversity and disease. Not only will they discover how patterns discovered in the lab hold up in nature, but the children will get a firsthand look at what goes into science. In fact, the data they collect will directly contribute to answering the grant’s research questions.

Creating an ecosystem to nurture future scientists is deeply important to Hua. The daughter of Southeast Asian immigrants, she first learned about environmental research through outreach events such as this one. Once she became a scientist, she promised herself that she would give back in a similar way.

In fact, students in the Undergraduate Research Center’s Summer Scholars and Artists Program collected much of the project’s preliminary data.

“Because this grant focuses on how environmental change can have cascading consequences on disease, we get the chance to show people how interconnected the world is,” Hua said. “Growing up, this wasn’t always apparent; as immigrants fighting to make it in a new country, we rarely had the opportunity to consider how changes to the environment could influence our everyday lives. I hope that this education component will provide such an opportunity to show how protecting the environment and biodiversity could directly affect things like disease transmission and our health.”