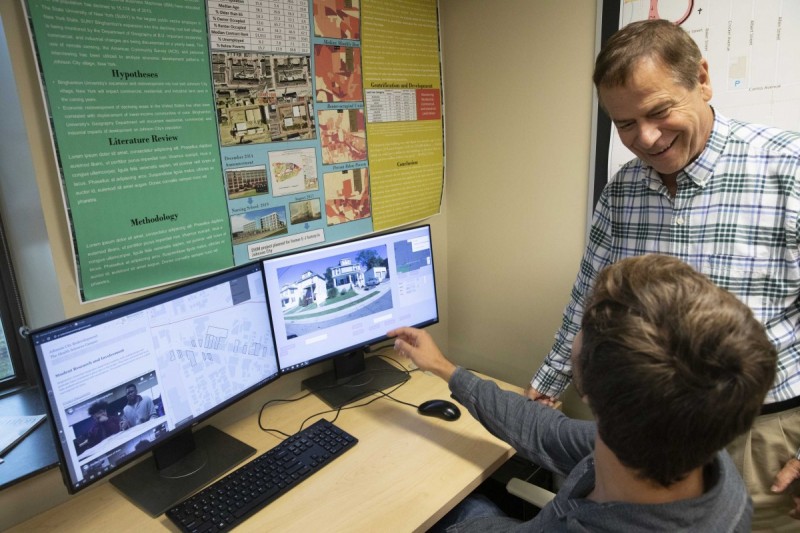 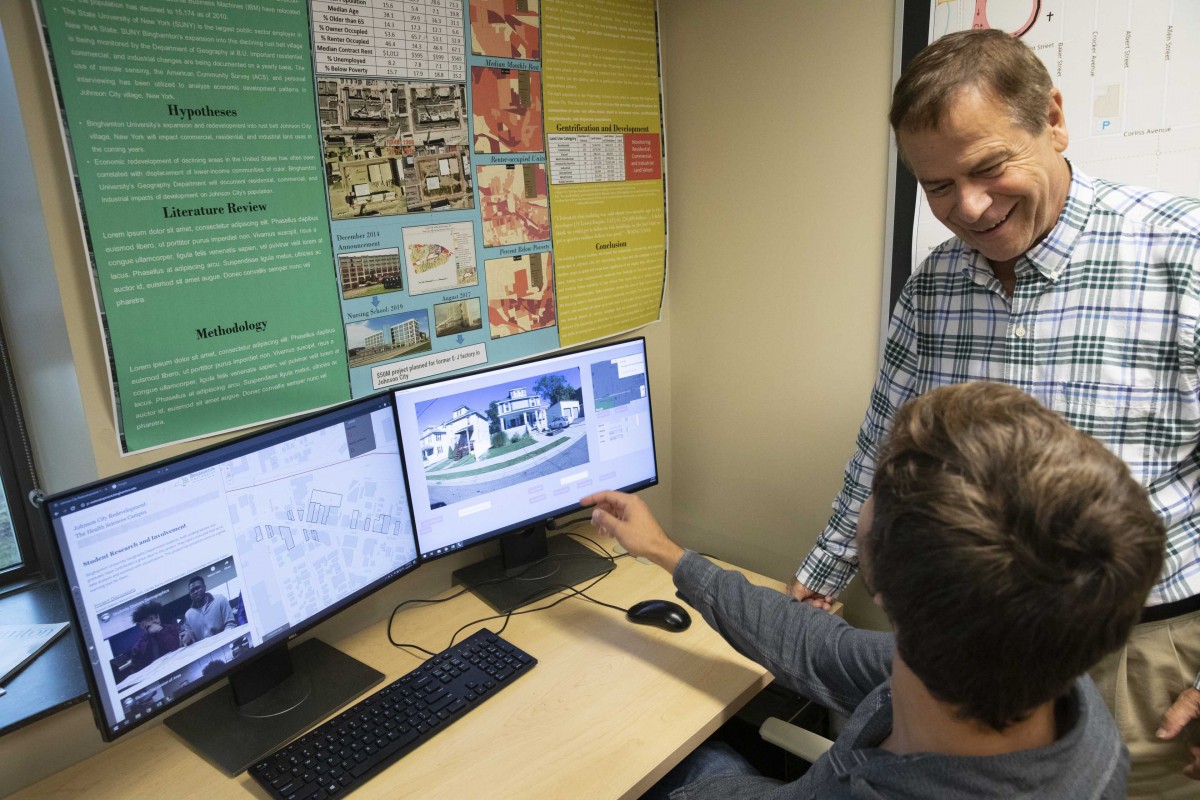 Geography goes beyond national borders and municipal lines, the course of rivers and the track of mountains.

Human bodies moved across those landforms to settle and live, sometimes by choice and often driven by larger forces. Human hands drew the maps, cobbled neighborhoods together — and determined who could live in them.

The award’s namesake was a pioneer in conducting research on the conditions faced by African-Americans. Its recipients follow in his footsteps, both advancing the discipline through research and making an active contribution to society through anti-racist practice.

How does geography reflect social realities? Consider minority populations located near toxic sites — often as a result of racism and/or poverty. Geographic research helps determine the factors that cause such situations, Frazier explained.

Or consider the Great Migration, which saw Black populations from the segregated South move to the industrial North. Geographers examine how these population movements over time created new, urban geographic patterns.

“Harold Rose studied this very thing and wrote of the formation, expansion and the forces that created and reinforced the Black ghetto,” Frazier said.

During his nearly four-decade career, Frazier has received multiple awards, including the 1996 James Anderson Medal for Applied Geography, the 2009 National AAG Enhancing Diversity Award, the 2015 AAG Ronald Abler Distinguished Service Award and the 2016 AAG EGSG Scholar Award; in 2018, he was elected a fellow of the American Geographical Society.

Frazier is also a leader in AAG’s Ethnic Geography Specialty Group, and has dedicated his academic life to advancing the research and careers of geographers of color. His research focuses on core issues in contemporary racial and ethnic geography, and his publications have become key resources for researchers and instructors.

He has also made a deep impact on Binghamton students, who chose him as the Best Arts & Sciences Teacher of Graduate Students in 2016; two years later, he won the 2018 Provost Award for Mentoring Undergraduate Research.

Nearly 20 years ago, he founded the Race, Ethnicity and Place (REP) Conference, which brings together experts from diverse disciplines interested in a range of racial and ethnic issues. It also provides a welcome space for diverse voices, including women and people of color, to present their ideas. In recent years, the National Science Foundation has funded a section to bring minority graduate students together for research, Frazier said.

After the first successful conference in Binghamton, Frazier worked with others to rotate the conference throughout the United States, including Washington, D.C., San Juan, Fort Worth and other cities. It continues to this day, although Frazier stepped down from his director role in 2016.

Now in its fourth year, the project documents the status of the Johnson City neighborhood shaped by the University’s new Health Sciences Campus. In addition to collecting information and data relevant to the village’s urban-economic revitalization, the project monitors neighborhoods around the campus to detect changes that are important to businesses, residents, community services and other stakeholders in this community.

Geography faculty and graduate students from the program’s GIS and applied geography/urban planning tracks have played an important role in the project’s work, Frazier said.

Like many academic disciplines, the dominant voices in geography initially belonged to white men. That has evolved through the decades, Frazier said.

The AAG has taken strong anti-racism positions in recent years, including on the Black Lives Matter movement and the recent violence against Asian-Americans. It has also created a National Diversity Task Force, with the goal of attracting students and professors of diverse backgrounds to the field, as well as specialized research groups.

At Binghamton, geography faculty have contributed to racial research through books and journal articles. Classes, too, explore these subjects; Frazier, for example, teaches “Multicultural Geographies of the United States” each fall, which examines the movements and settlement structures of Latinx, Black and Asian Americans over a century.

“As we teach our students here at Binghamton, in addition to the physical environment, geography studies social issues, employing unifying themes that have been around for centuries: human-environmental interactions, movement, places, and characteristics of and linkages between locations, and resulting patterns,” he continued. “Racism fits these themes.”