Akyol seeks to resolve communications between 'misaligned' senders and receivers 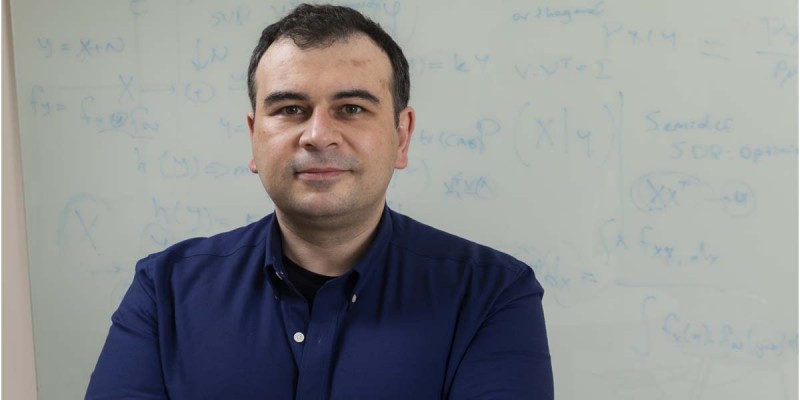 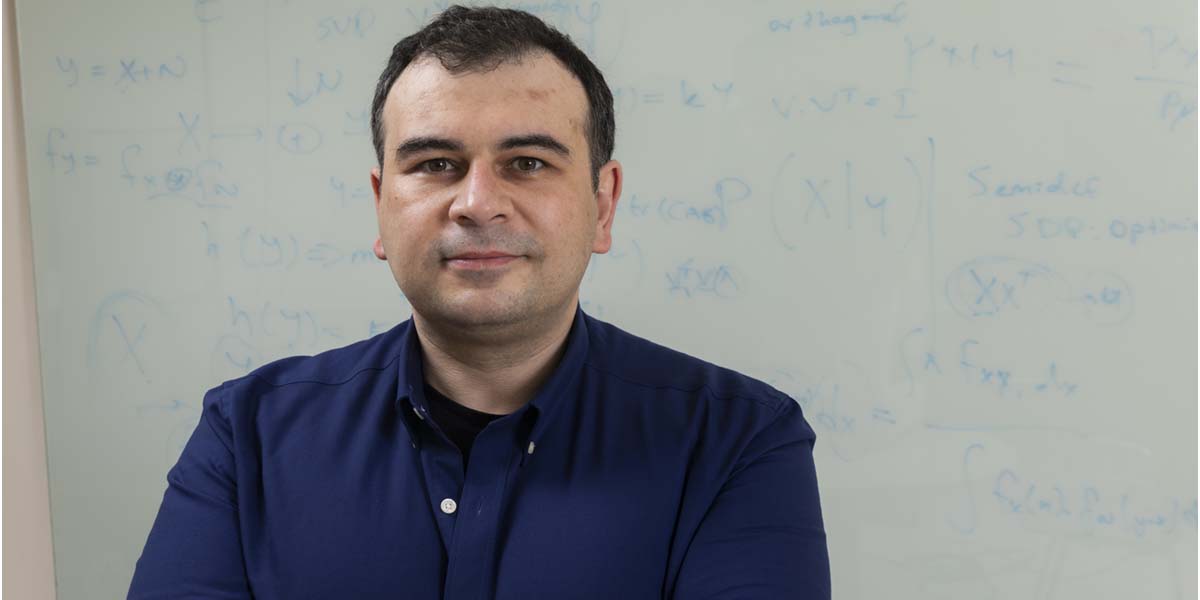 According to classic theories of communication — especially the pioneering model developed by electrical engineer Claude Shannon and mathematician Warren Weaver more than 70 years ago — the sender and receiver have the same goals. Both want to share whatever the message is, as free of errors and interference as possible.

But what if they have different goals? With our 21st-century technology increasingly stitched together using Wi-Fi or 5G networking, competing companies could try to prioritize their messages or otherwise seek an advantage.

Assistant Professor Emrah Akyol has ideas about how to solve those concerns, and they involve utilizing game theory to level the playing field again.

Game theory breaks down the interactions of rational decision-makers into mathematical models, assessing and attempting to compensate for any biases that individual participants may have. While it has been developed in the economics realm, STEM researchers also have applied game theory to numerous areas, including social science, logic studies, systems science, computer science and biology.

Akyol — a faculty member in the Department of Electrical and Computer Engineering at Binghamton University’s Thomas J. Watson College of Engineering and Applied Science since 2017 — recently received a five-year, $596,295 National Science Foundation CAREER Award to fund his research. The CAREER Award supports early-career faculty who have the potential to serve as academic role models in research and education. This funding is in addition to an earlier two-year, $295,000 NSF grant.

The goals for the research are threefold:

While Akyol doesn’t expect most communications to be directly competing against each other, he expects increasingly “misaligned” intentions as smart homes connect with appliances or smart vehicles interact on busy interstates. How will, say, Ford and Tesla cars talk to each other with a certain level of trust?

Akyol uses the classic example of the interaction between a judge and a prosecutor in the courtroom, with each side knowing the other has “selfish” motives.

“The judge — the receiver, in our communication scenario — wants to evaluate the defendant as accurately as possible, to minimize the errors in her decision,” he said. “But the objective of the prosecutor — the sender — is to achieve a guilty verdict; otherwise, he wouldn’t take the case. The judge relies on the information the prosecutor provides through unbiased test results such as a DNA test or fingerprints, all of which can help or hurt the case with some probability. The prosecutor cannot lie about the test results, but can choose the tests that will be ordered. Which tests will maximize the chances of a guilty verdict given that the judge knows his bias?

“Game theory enables us to solve this problem in a statistical sense, and these scenarios have been studied primarily in economics. With the emergence of massively connected networks of intelligent and selfish machines exchanging information through physical channels, as in the case of the Internet of Things, they are now engineering problems as well. We have to design systems that take this ’strategic’ aspect of communication into account. This has not been the case in the last 70 years.”

In addition to studying the interaction among machines, Akyol’s transdisciplinary work will examine the algorithms of human/machine behavior, such as social media feeds. The programmers who created those algorithms use “confirmation bias” to maximize user engagement by feeding content similar to what a user has read before.

“You go to Facebook or Twitter and see everything from a biased point of view that aligns with your mindset,” he said. “This creates echo chambers where everybody thinks the other side is crazy because you only see the news that supports your beliefs. Many believe this problem has contributed significantly to political polarization.”

A native of Turkey, Akyol received his PhD in 2011 from the Electrical and Computer Engineering Department at the University of California at Santa Barbara. From 2006 to 2007, he held positions at Hewlett-Packard Laboratories and NTT Docomo Laboratories (both in Palo Alto, Calif.), where he worked on video compression and streaming.

From 2013 to 2017, Akyol was a postdoctoral researcher first at the Electrical Engineering Department at the University of Southern California and then at the Coordinated Science Laboratory at the University of Illinois at Urbana-Champaign. He joined the Binghamton faculty in 2017.

Among the educational objectives of Akyol’s CAREER Award is the expansion of teaching materials for the intersection of engineering and game theory on a college level. Akyol taught his first course on the topic in spring 2020, and it will become a regular ECE offering starting in fall 2021.

Another is the expansion of his lab’s Binghamton Plays project (binghamtonplays.com), an outreach initiative to high school students in the Binghamton area in collaboration with teachers and the University’s Center for Civic Engagement (CCE). Akyol hopes to introduce the world of probability and game theory to them through classic problems such as Braess’ paradox (where a bridge increases traffic congestion instead of decreasing it), the Prisoner’s Dilemma (deciding whether to turn on co-conspirators for a lighter sentence) and more.

Because the combination of game theory and machine interaction is mostly uncharted territory, Akyol is looking forward to the challenges and discoveries ahead in his research.

“It’s exciting because we are studying from scratch,” he said. “We can look at every problem from a fresh, ’stategic’ perspective. There are a million questions that have not been explored yet.”

Akyol’s NSF CAREER Award is “A Holistic Framework for the Analysis of Information Dynamics in Human Networks” (#2048042). His earlier NSF grant is “Strategic Communication: Concepts, Methods, and Applications” (#1910715).