13 teams go head to head to determine the strongest robot 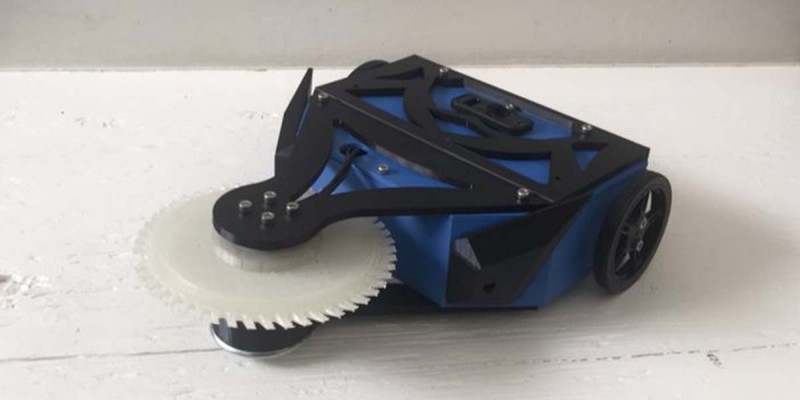 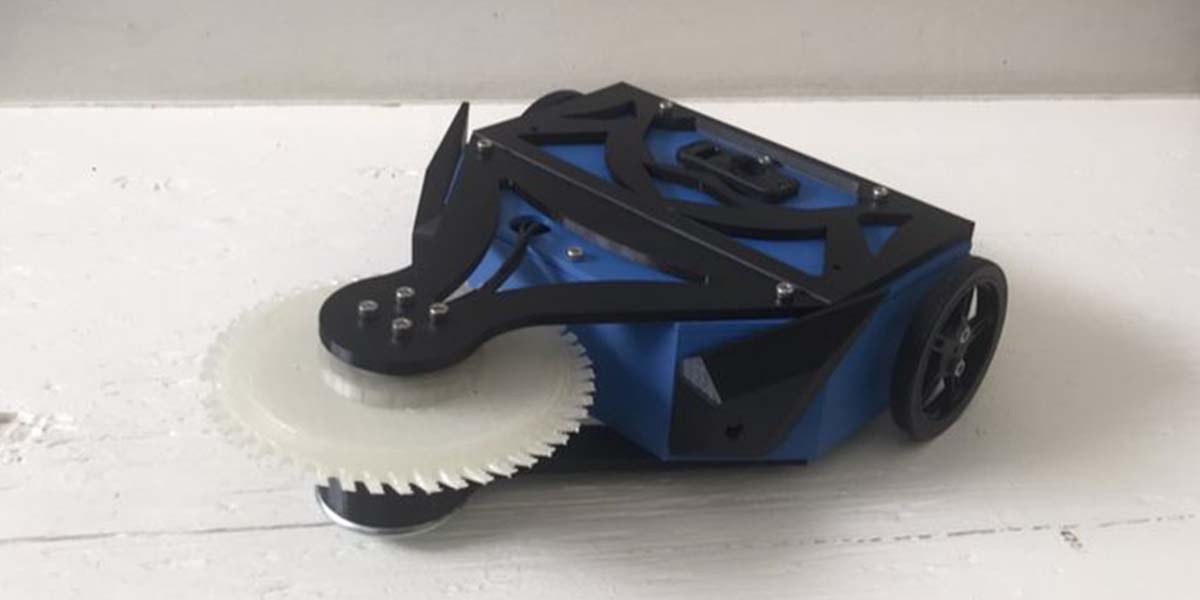 The Watson Combat Robotics League (WCRL) will run its inaugural competition from April 26 through May 7.
By Elizabeth Short '21

For the last week in April and the first week in May, part of the Engineering Building at Binghamton University will turn into a battleground.

The battles hosted by the Watson Combat Robotics League will be streamed on the WCRL YouTube channel from 4-9 p.m. throughout the next two weeks, and check out the competition’s Instagram at @wcrl_binghamton for more updates.

The Watson Combat Robotics League (WCRL) will run its inaugural competition weekdays from April 26 to May 7, with 13 teams going head to head to determine who built the strongest robot. All matches can be watched live online.

WCRL — co-founded by Daniel Iacobacci, a computer engineering student and chair of the league, and recent Thomas J. Watson College of Engineering and Applied Science graduate Matt Simiele — was ready to debut last spring, but it was canceled due to COVID-19 restrictions on campus.

This year, the student-run competition will stretch over the course of two weeks, rather than the original plan of an all-day match, to allow for social distancing among teams.

“We had four different plans depending on how COVID worked out,” Iacobacci said. “We’ve been so grateful the Watson dean’s office approved our current model so we could have the competition this year. We even have a few teams with some remote students participating in the design part of the project.”

All matches will be streamed via the league’s YouTube page so that anyone can tune in. There’s even a “crowd favorite” award for the robot that receives the most votes from viewers.

The teams, composed of no more than six members, have utilized Watson’s recently renovated Fabrication Lab to 3D-print their robots that have been designed with one purpose in mind: To destroy their opponent’s robot and survive for the next round. Thirteen teams out of the original 26 who signed up this year will be competing in the 2021 bracket. The robots are controlled in real time by the teams, which keeps some of the original spirit of the tournament alive.

“Even though we had to give up the whole big, flashy event that would’ve been more high energy, we were still able to have teams actually face off,” said Adelaide Cagle, a biomedical engineering student and vice chair of the tournament.

There are no requirements to enter the competition aside from the initial cost for parts, and it is not limited to Watson students — anyone can join in on the action. There are even office hours held by one of the organizers — computer engineering student and build technician/social media manager Dillon Kane — to assist students with the design aspects of their robots.

The competition, inspired partly by the television show “Battlebots,” was designed as a fun, accessible way for students to learn about robotics and engineering, regardless of their previous levels of experience.

“We really want to get underclassmen involved,” Cagle said. “Right when you get to Binghamton, there are all these big projects you can work on, and it’s kind of scary. It’s a lot of work and dedication, and a very high level of science. So to have this experience working on a smaller project, with a smaller robot, is a lot easier for new students.”

The competition is sponsored by Watson College, as well as the EDD, the ECE department, and the Institute of Electrical and Electronics Engineers (IEEE).

While COVID-19 has created several roadblocks for the competition to overcome, those involved always kept their end goal or accessibility in mind.

“We wanted to keep all of the robots small. They’re all 3D printed, so it’s none of this heavy metal or tricky material,” Cagle said. “It’s also a lot cheaper — you don’t have to worry about cutting metal or have teams worrying about having to do all this fancy stuff.”

The organizers of the WCRL hope that the competition can come back every year as a staple of the spring semester for students of all academic backgrounds. Once the pandemic begins to loosen its grip on college campuses, the program may also be able to expand to include other schools in the Northeast region, as well as local high schools.

“For next year, our goal for the competition would be to double its size,” Iacobacci said. “It could be an actual, all-day competition. We want to invite companies and local industry members to see what we’re up to, and hopefully they can support it, too.”