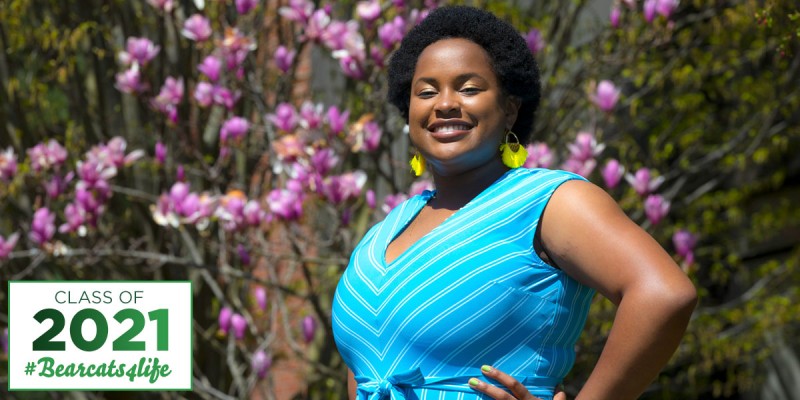 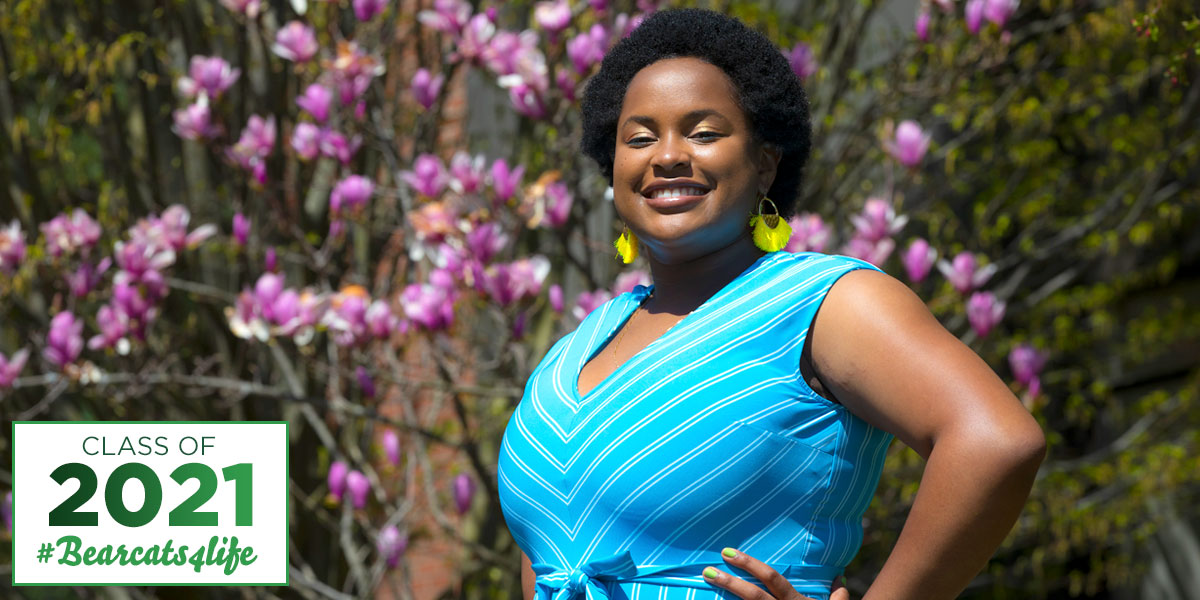 Micah Jumpp will receive a bachelor's degree in geography and return to Binghamton University to pursue her master's degree. Image Credit: Jonathan Cohen.
By Eric Coker

As a transfer student who discovered a new major, learned a foreign language, studied abroad and recently made a social impact at her former high school, Micah Jumpp understands the importance of being open to change.

“I never thought I would transfer or study Mandarin Chinese language here,” she said. “It’s good to always be open to new and novel experiences.”

Jumpp, a 22-year-old from Fishkill, N.Y., will receive her bachelor’s degree in geography this month and return to Binghamton University in the fall for a year to earn her master’s degree in the geography 4+1 program.

From Potsdam to the premier public

Jumpp started college at SUNY Potsdam, where she joined the swim team and was attracted to “the beauty of the Adirondacks.” She decided to transfer after her first year.

“There wasn’t much diversity and there was a lot of racism going on,” she recalled. “I dealt with racism back at my [high school] and thought college would be different.”

Besides its appeal as the “premier public” university, Binghamton also offered Jumpp environmental studies. But she found her academic calling when she took a Multicultural Geographies class with SUNY Distinguished Service Professor John Frazier.

“Before that, I thought geography was just knowing about a map,” Jumpp said. “This [class] looked at geography in relation to socio-economic status — analyzing how location determines socio-economic status and promotes racial disparities. It looked at political economy and the degree of opportunity people have based on their location. It was fascinating and I wanted to explore the discipline some more.”

“The students are so collaborative,” she said. “I like that so many students focus on community action, as well. I’m a ’baby’ community organizer, so I enjoy that the Geography Department cares about that.”

Outside of class, Jumpp became an RA in the fall of 2019 and the multicultural vice president of Endicott Hall. She is now president of the Geography Graduate Student Organization and remains an RA in Hunter Hall.

“It’s been an eye-opening experience,” she said of her student-affairs work. “You learn a lot about yourself. It helps with communication. You have to do a delicate balance between disseminating pertinent information while maintaining a certain level of privacy and creating meaningful connections with residents.”

A bridge to China

For as long as Jumpp can remember, her father emphasized that “China is going to be a major power in the world, so you need to learn Chinese.” Jumpp decided to take his advice when she arrived at Binghamton and enrolled in a Beginning Chinese class. Her semester-long improvement led faculty members from the University’s Confucius Institute of Chinese Opera to ask Jumpp to take part in a Chinese Bridge Language and Culture Competition.

Jumpp prepared a song, a speech and a rap — all in Chinese — for the competition.

“Every day after my classes, I would go to the Confucius Institute office and practice for a couple of hours,” she said.

Jumpp’s hard work paid off: She earned a scholarship to spend the summer of 2019 in Beijing studying language and culture at the National Academy of Chinese Theatre Arts (NACTA). She even learned how to play the guzheng, a traditional Chinese music instrument belonging to the zither family of stringed instruments.

“I had a great time,” she said. “I got to dance in parks, make lifelong friends and experience the culture firsthand. And I was able to dispel [Chinese-Black] stereotypes in China and here at home.”

Being open to taking a foreign language with no experience led to an “incredible” journey, said Jumpp, who is considering a post-Binghamton, year-long, global-affairs master’s program in China.

“I look back and think: If I didn’t come to Binghamton, I would never have had these opportunities and experiences” she said.

Jumpp was engaged in her home community long before the summer of 2020: She and her family have volunteered to feed the homeless for the past dozen years and Jumpp also coaches the Mid-Hudson Heatwaves, a predominantly-minority swim team in the Hudson Valley.

“It’s the foundation of my life,” she said of volunteer work. “I feel that we need to always uplift each other.”

But after the deaths of Breonna Taylor and George Floyd last year, Jumpp was determined to change the status quo back home, specifically in the Wappingers Central School District (WCSD).

Jumpp sent a 63-page document to school administrators and the board of education, detailing the district’s history of racial inequities, and offering suggestions for a more inclusive future, such as more teachers and leaders of color and discussions about implicit bias. She also received 300 signatures and 31 personal statements showing examples of racism in the district, and organized four board of education sit-ins.

It took four months, but the school officials met with — and still meet monthly — with the WCSD Change Movement, an eight-member task force of students and alumni that strives for racial justice.

“I was raised to persevere,” said Jumpp, who attributes her drive and optimistic attitude to her family. “I wasn’t going to stop until I saw the change I wanted. … Students have come to me and said: ‘Thank you. I was scared to speak up. You’re changing the school.’ That’s all the fuel I need to continue this.”

Jumpp’s work was rewarded by Binghamton University when she became one of the first five recipients of the George Floyd Scholarship for Social Change last summer. Recipients receive up to $5,000 per year, up to three years, for their demonstrated activities or achievements related to social change, restorative justice or racial equality.

“The George Floyd protests inspired me to go back to my old school and empower others,” she said. “When I saw there was a scholarship that commemorated him, I thought: ‘I want to be part of that.’ As the scholarship continues, it will be a link in a network of Floyd Scholarship [recipients] to connect and talk about community organizing and what we will be doing in the future.”

The accolades and honors continue for Jumpp as the end of her undergraduate years near. She was a recipient of the 34th Black Achievers Award from Beulah Baptist Church in Poughkeepsie, N.Y., and was recently named “Game Changer of the Year” at the Binghamton NAACP Image Awards. Jumpp will also spend the summer working for a New York City judge after acceptance into the competitive Sonia and Celina Sotomayor Internship Program.

“Micah is the rare student who is both an advocate and a positive analyst of political-economic and environmental problems,” said Robert Holahan, associate professor of political science, geological sciences and environmental studies. “She not only has the passion to make positive change, but she also has the skills to transform that passion into pragmatic policy change by producing the hard numbers and empirical evidence policymakers cannot ignore. Students like Micah make me eternally optimistic about the future because it is students like Micah who will be leading the future.”

“Micah and I shared an interest in social justice that became clear in my first class with her,” Frazier recalled. “She is a student who followed her heart to pursue an education that could help her become a scholar and an activist. She sought important issues and concepts — and will carry these into graduate studies and continue her path to be an activist/scholar.”

Jumpp recently received a graduate assistantship in the Geography Department and plans to spend her graduate year at Binghamton completing a master’s thesis that examines contemporary travel experiences of Blacks in upstate New York. She also hopes to learn more coding that will help her as she prepares for law school and a possible career in public-interest law.

Jumpp is clearly open to being part of one last change at Binghamton: solidarity.

“There’s diversity here, but there is still a lack of understanding between groups,” she said. “Diversity doesn’t mean solidarity. Solidarity is something you must work for. That is going to stay with me forever. When you are a budding community organizer, trying to get people to find solidarity in their experiences is something you always have to think about.”